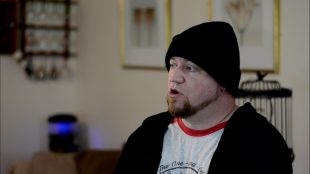 The Last Interview with Sean Miller

The following interview took place April 16th, 2020 in a rural area of Central Illinois, presumably in the Miller family home. Originally an audio interview, the digital content of the file became corrupted and unusable during a common audio compression process. The succeeding transcript, recently made available to HorrorNews.net, is all that remains of that question and answer session.

These questions were relayed from Michael Joy to filmmaker Ash Hamilton during the 5 days that Hamilton and crew were filming their documentary, “The Sean Miller Story”. Not only is this one of the few interviews with Sean Miller ever published regarding his 2013 abduction, but it is the last to ever see print.

MJ: I’m talking today with Illinois resident Sean Miller who made the news several years ago regarding the mysterious circumstances surrounding his disappearance and reappearance.

MJ: For the record, how long were gone?

SM: (sighs) 4 days, in total. Uhmmm… actually almost 4 days exactly to the hour. My last… “reliable” memories were from around 2:30am or so the night before I was reported missing… 4 days later we have the call, my call to Stacey, being recorded at 1:14am.

MJ: Do you think you were abducted?

SM: Beyond the shadow of a doubt. I…I can’t begin to think how anyone would WANT this to happen to them, let alone ALLOW it. So, yes, I was taken against my will.

MJ: And who do you think you were abducted by?

SM: That’s the big question… and this is where I’ve had a lot of criticism…I know who they WEREN’T. They weren’t human.

MJ: Where did the incident happen?

SM: Just a few miles away from where were living at the time. The place I was coming home from was only 7 miles away, so it was close.

MJ: What is the last thing you remember before it happened?

SM: I remember wanting to go home. I remember distinctly trying to turn onto the road where I lived and not being able to. Then there were two very separate feelings that… and this is hard to describe…were… I guess one feeling; a feeling of intense pressure, and, at the same time a feeling of weightlessness.

MJ: Can you account for the entire stretch of time you were gone?

SM: Oh no. I think if we put all the pieces together that I can remember we’d be looking at an hour? Two hours?

SM: I… I almost think that “we” don’t even know how to ask that question, let alone answer it. I’m still not for sure if I actually saw “THEM”… you know, really SAW “THEM”.

MJ: Where do you think they took you?

SM: I really don’t know. I just know that I had this feeling that no matter how far I would ever be from my home, I would never be as far away as I was then.

MJ: Why do you think they took you?

SM: The more I’ve thought about this, the more I’ve started to realize that I don’t think this was the first time they’ve done what they’ve done… taken me, I mean. I think this has been happening for a long time… I guess I just can’t figure out why this time was different. Maybe something changed as I got older. Maybe they tried to change me somehow and whatever they did is finally working… I don’t know.

MJ: Do you have any memory of being returned?

SM: Have you ever woken up to the sensation of “falling”? You know, like when you first drifted off to sleep and suddenly you startle yourself awake? It was like that. Like someone dropped me off the edge of a building, but I was only able to experience the beginning and end, like the middle of the fall had been totally cut out.

MJ: How has this incident changed your life?

SJ: I read an article once about a kidnap victim that suffered from extreme Paraeidolia, that’s where you see faces in everyday objects… well, she started seeing the face of her abductor everywhere, to the point where she was even seeing his face on the face of her husband… It’s like that.

Although production on Hamilton’s film wrapped late last year, no release date has been issued pending an investigation surrounding events captured during the making of the documentary. 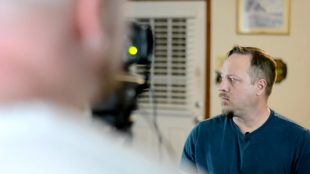 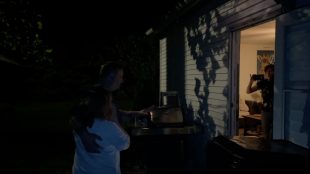