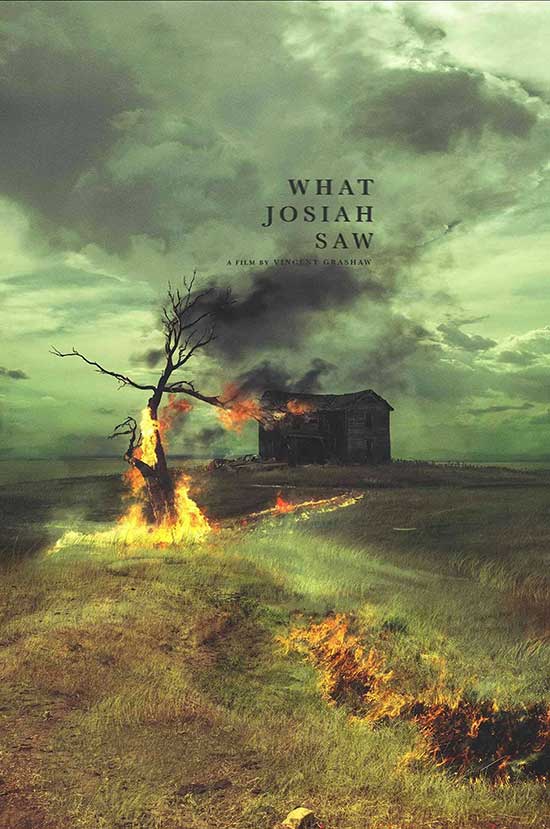 A family with buried secrets reunite at a farmhouse after two decades to pay for their past sins.

Robert Patrick, Nick Stahl, Jake Weber and countless other fantastic actors in a twisted tale of ghosts and trauma? Yes, please. “What Josiah Saw” made its world premiere at Montreal’s Fantasia Festival and the dark tone was established right from the get-go.

When a family living on a farmhouse is traumatized by tragic events, they each go their separate ways to attempt to cope on their own. The only remaining members on the farm are the dominant and controlling patriarch, Josiah (the legendary Robert Patrick; “Terminator 2” and “The Faculty”), and the youngest of the family, Thomas (Scott Haze). Eli (Nick Stahl; “Terminator 3” and “Sin City”) has grown up to be quite the delinquent, owing money to dangerous criminals and getting in way over his head with one of them (Jake Weber; “Dawn of the Dead” remake), as well as being paid to have sex in trailer park homes. Mary (Kelli Garner) has gotten married, but remains very socially awkward, insecure, and suicidal. When Josiah is plagued by a dark entity at night, he presses the family to reunite to right some wrongs of the past. Shockingly enough, everything may not be exactly as it seems.

From the very first scene, Robert Pycior’s haunting soundtrack sends shivers down your spine with its intensely creepy vibes. Director Vincent Grashaw ensures to utilize this downright bone-chilling score throughout most of the movie, adding morbidity to the already dark atmosphere. As a matter of fact, the soundtrack is so powerful and exploited at the correct moments that it feels like an antagonist in itself.

As a first-time writer for a full motion picture, Robert Alan Dilts did a phenomenal job of creating characters who each have gone their separate ways, for the most part, but all still have a dark cloud hanging over them. The character of Josiah (portrayed to perfection by Robert Patrick, as most of Patrick’s acting career usually is) is vile and rotten to the core. He forces his youngest son to do despicable things in his presence as the audience is a witness to this early on in the storytelling, governing the docile Thomas. Eli, although meaning well, can’t help himself but stumble into crime and degeneracy, his life being on the line with a threatening bar owner (portrayed with a lot of credibility by Jake Weber). Meanwhile, Mary has remained mentally and emotionally unstable for the better part of her life. Every character was written with precision and attention to detail while being interwoven in an emotionally traumatizing tale. Each family sibling has their own “chapter” throughout the movie, demonstrating, while taking its time, what each of their individual lives have become. The final segment of the film encompasses the reunion, after so many years, of the broken family. While it was initially touching to see the siblings hug passionately, overflowing with emotion, things take a much darker turn as the film finally crescendos to its intense climax. Also, how awesome is it that one of the leads from “Terminator 2” participates in the same film as one of the leads from “Terminator 3”?

There is rarely a dull moment in Grashaw’s directing, as when there are no supernatural frights preying on Josiah, viewers discover a little more about each character within their respective segments. Although they each have their serious problems in life, everything is tied back to the trauma that tore up their family. All of this sewn together with some incredibly impressive cinematography.

Reminiscing the excellent “The Dark and the Wicked” from last year’s Fantasia Festival with its phenomenally morbid mood, intimidating soundtrack and banger of a final act, “What Josiah Saw” is a jaw-dropping script, paired to a remarkable cast, while being brewed by an intelligent director using striking visuals and gut-wrenching emotions. Vincent Grashaw’s film receives a score of 8/10.