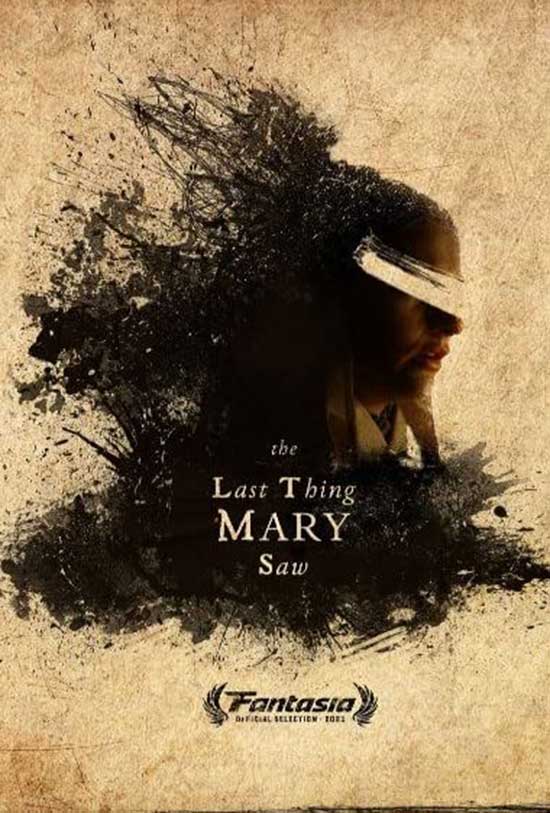 Winter, 1843. A young woman is under investigation following the mysterious death of her family’s matriarch. Her recollection of the events sheds new light on the ageless forces behind the tragedy.

In today’s world, being attracted to someone of the same sex, although widely accepted, still unfortunately and sadly rubs some people the wrong way. Imagine how it must have been received in the harsh, strict social standards of the 19th century. Now, imagine how terrifying it would be if an evil force joins the party. Edoardo Vitaletti brings forth his very first feature film which he wrote and directed in “The Last Thing Mary Saw” which made its world premiere at Fantasia International Film Festival.

In the state of New York, in 1843, a teenager named Mary (Stefanie Scott) recounts what she knows and remembers of a crime she has committed to an interrogator. Throughout her depictions of the events, it is established that she has fallen in love with her family’s house maid, Eleanor (Isabelle Fuhrman). Her own family keeps punishing her and the maid, yet their relationship continues to flourish in secrecy. The Matriarch (Judith Roberts) of the family, however, has even darker sanctions up her sleeve as their liaison seems to persist through the suffering placed upon them. 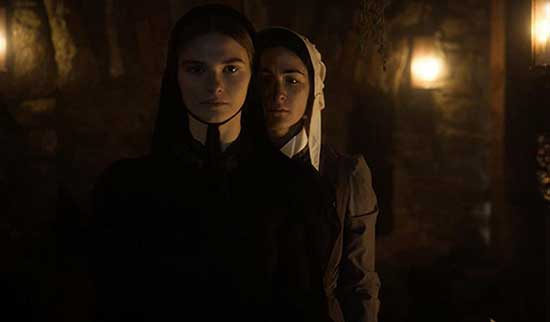 First off, let’s underline the prior experience in the horror world that most of this brilliantly assembled cast possesses and brings to the table. Stefanie Scott was the star of “Insidious: Chapter 3”, while Isabelle Fuhrman established herself in the world of acting at a young age in the role of Esther in “Orphan”. Rory Culkin, brother of Macaulay Culkin, could be seen in “Signs” and “Scream 4”. The great Judith Roberts is most known in the horror community for her role as Mary Shaw in “Dead Silence”, just as Shane Coffey can be recognized for his role in “Starry Eyes”. That being said, they all perform their roles in very sober, serious fashion, standing out for different reasons. Above them all, Stefanie Scott shines the brightest with a gentle and hidden force within her, just as Judith Roberts will make you uncomfortable as she sets a creepy tone every time her ominous presence slithers its way onscreen. Rory Culkin’s character (and performance) may be an crowd favorite for the audience as his calm demeanor, emotionally painful past, and sinful, cunningly despicable ways will definitely catch your attention, although his character’s pertinence to the story remains vague. Strangely enough, Isabelle Fuhrman, who may have been the most anticipated actress to watch in this film, delivers a decent, yet bland performance. As much as she cemented her character of Esther in “Orphan” as a legendary one, her role as Eleanor in Vitaletti’s movie could probably have been portrayed by any respectable young actress. 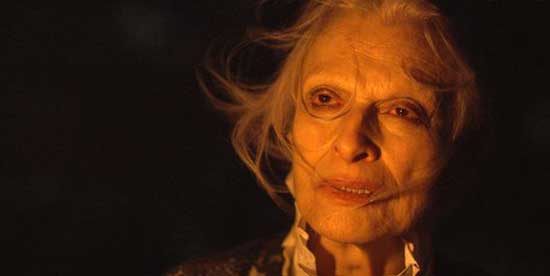 Speaking of the man who led the script and directing on set, Edoardo Vitaletti succeeds in creating a storyline that encompasses what is still a very contemporary topic that was not addressed much in the 19th century and extremely taboo. The pace to his film can definitely be categorized as a slow burner, with a dark, gloomy atmosphere as well as rare occult occurrences taking place throughout the film and focusing more on ominous scenes with a subtle but tremendously effective soundtrack from Keegan DeWitt. The first 30 minutes of the movie plays out much more like a drama, despite the storyline remaining intriguing. The Matriarch brings much of the darkness to the tale while the Intruder (Culkin) delivers the horrors of humanity. 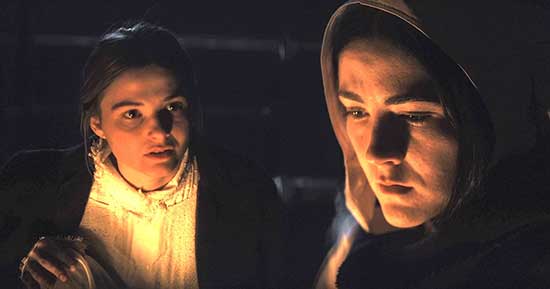 The film is interestingly separated into titled chapters while characters deliver revealing quotes, such as: “Fear and weakness keep us here; not devotion”. Disappointingly enough, the movie would be best described as a dark drama rather than being categorized (partly) into the horror genre. Upon viewing it, horror fanatics will definitely appreciate the stellar performances for each character and the very few scenes involving the occult and supernatural, yet will remain hungry for more of them. 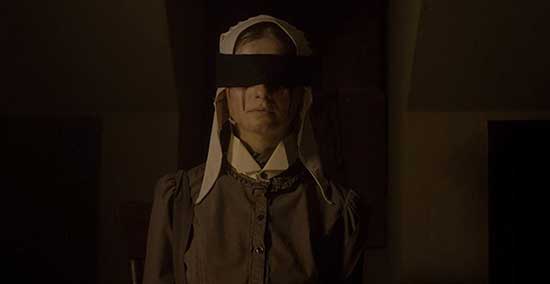 “The Last Thing Mary Saw” is a very serious film with a somber atmosphere throughout. It touches on numerous topics such as homosexuality, its acceptance (or lack thereof) and how far one’s heart will take them despite the emotional (and physical) sufferings raining down upon them. The film delivers on what a captivating drama should be, but leaves so much potential on the table as to incorporating the horrific, supernatural aspect of what it could have been. This being said, Vitaletti’s motion picture receives a passing grade of 6/10.