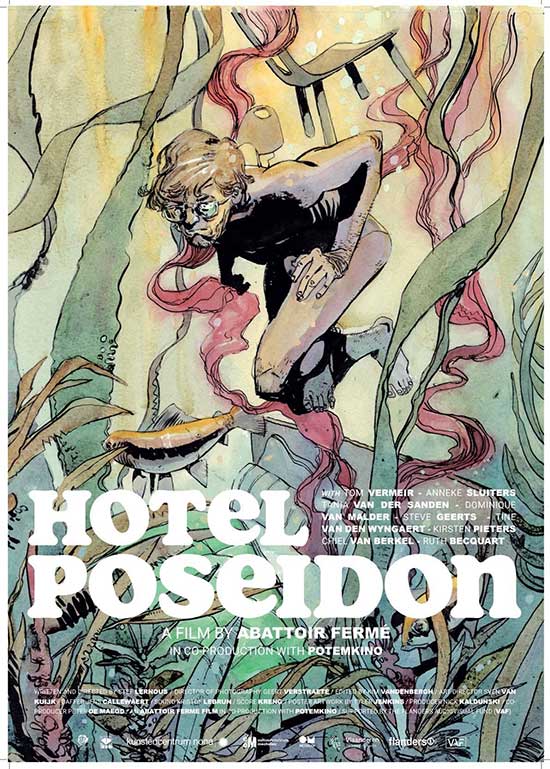 Dave reluctantly pretends to be the manager of Hotel Poseidon, where fungus covers the walls and comments such as “faded glory” and “has seen better times” completely fall short to describe this establishment. He wanders the corridors of his personal Overlook Hotel like a zombie, being a passive spectator to what happens around him – whether it’s clients without cash, his mother castrating him with her sharp tongue or a sick aunt in the hallway whose pension keeps the place going. Dave will gradually lose his balance and tumble into a waking nightmare, in which his hotel is transformed into an existential purgatory. With inner demons on the booze, lustful creatures tempting his lonely soul to sin and a big plunge into the proverbial metaphysical shit hole, Dave can expect some strong comments on Trip Advisor.

If strange, dirty and experimental is what you’re looking for, then look no further than Belgium’s “Hotel Poseidon” which made its international premiere at Montreal’s Fantasia Festival.

Dave (Tom Vermeir) still considers himself as the family’s hotel manager even though they haven’t accepted any customers in what seems like years. The building is in pitiful state, as is Dave and any remaining family members still residing there. Filthy, broken, moldy, and withering away; everything is crumbling down. It’s not until he finally accepts a female guest for a night and goes along with the revamping project for the hotel into more of a nightclub/bar scene that absurd and even stranger characters than Dave himself begin to clutter his hotel, throwing him into a world of unknown experiences. 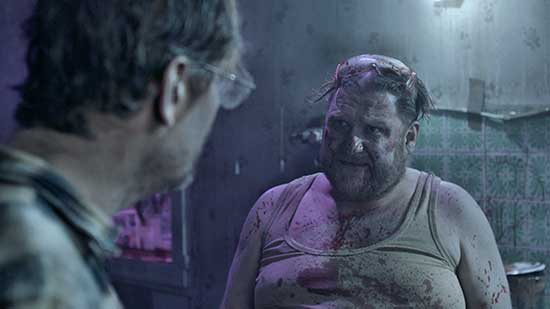 The hotel itself sets the mood for the entire film. Its lugubrious, unwelcoming atmosphere is the complete opposite of what a standard hotel’s vibes are supposed to give off. Dirty, nasty and gloomy are just a few of many adjectives to describe the entirety of what is presented onscreen by writer/director Stefan Lernous in his feature film debut. The attention to detail in ensuring that the decrepit visuals force the audience to cringe is impressive. The lighting is always very faint and morbid, not helping the already unflattering pale look on Dave and most of the characters. 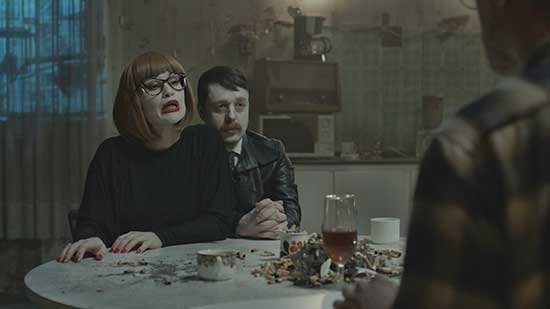 First half of the film seems very dull, lifeless and without a soul (a little like our main character), but you just can’t seem to turn your eyes away, wondering what gross or eyebrow-raising anomaly shall be presented next. The musical score, which seems to return often throughout the film (almost like a running gag), was as odd as the film itself and may remind you of the over-the-top soundtrack from 2016’s absurd “The Greasy Strangler”. 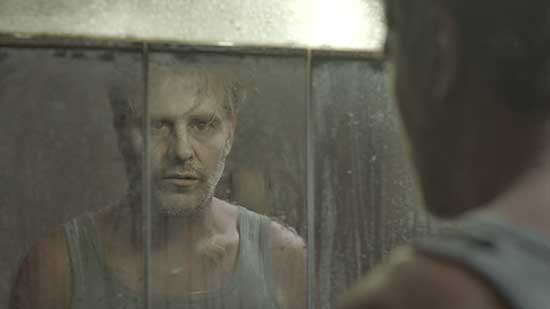 Oddly enough (as if the whole movie wasn’t strange, as is), the plot doesn’t seem to have a specific direction as to where it’s headed for the first hour or so. Things seem to begin to have a purpose when Dave meets Nora and the hotel has a whole makeover, but sadly, the strangeness seems to stomp down its pedal to the metal. A whole buffet of eccentric, uncanny characters are thrown into the mix, yet to no avail or purpose. The movie seems to fall into an “experimental” mindset a little too far, like a symbolic, psychedelic acid trip as the storyline (or what consisted of it) seems to spiral out of control. Despite being partly categorized as a “horror” film, Lernous film only gets to a truly horrific scene, albeit comedic, with roughly 20 minutes left in the film, which is a bit of a letdown. Once the movie had established its grim, trashy atmosphere, perhaps a walk on an even darker (not trippy) side may have helped spice up the script, as the scene implicating some gruesome gore was quite entertaining. 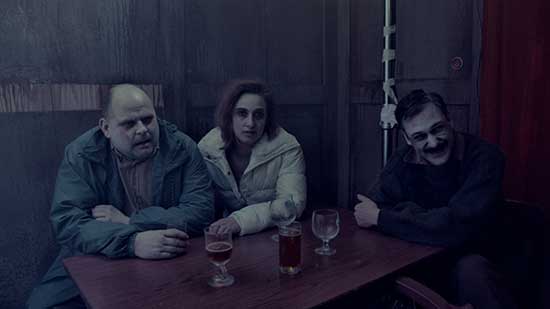 While the first half of “Hotel Poseidon” was quite the visual eye-candy in terms of depravity, decay and just simply sucking the soul out of you, in addition to some despicable and pitiful characters being presented onscreen, the latter portion of the Belgian film fizzles into incomprehension and mind-bending absurdity. Without spoiling anything, the ending remains quite open-ended, and while some may debate that it allows the audience to interpret it in any way they feel is appropriate, others would argue that it might be somewhat of a frustrating and unsatisfying conclusion. For its disgustingly appealing first half alone, Stefan Lernous’ movie still deserves a look from your part, and who knows? If a trippy, out-of-control script is your thing, then perhaps the entire movie may be quite the ultimate satisfaction for you. Nonetheless, check it out, as it receives a score of 6/10.