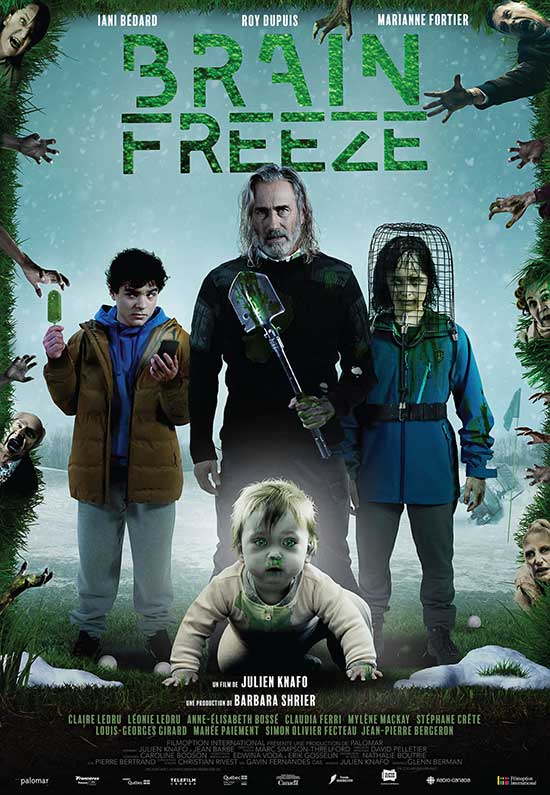 A fertilizer used in a rich gated community becomes the source of a genetic mutation that transforms its residents into zombies. Can a teenager and his baby sister break free from the quarantined island before turning into grass?

Winter has frozen over l’Ile-aux-Paons (Peacock Island), in the middle of a scorching summer with the world premiere of “Brain Freeze”; a Quebec-made zombie-comedy set in the midst of its freezing wintery season. Most of the cast and crew were in person to introduce the movie and host a Q&A afterwards. The rabid living dead on the island were not slowed down by the ice and snow as they rapidly ravage their way across the island and onto the silver screen.

BioTech-M is a company developing a chemical product set to keep grass snowless during the winter, thus allowing the more fortunate to continue playing golf throughout the harsher times of Canada’s winter. The only problem is that the toxic chemical has seeped through the ground, into l’Ile-aux-Paon’s pipe system of tap water, and is transforming anyone who consumes it into ravenous zombies. It’s up to a teenage boy, his infant sister and a security guard, who’s tediously been preparing for an apocalypse for years, to try and survive this onslaught and discover a solution to counter the effects of the devastating chemical. 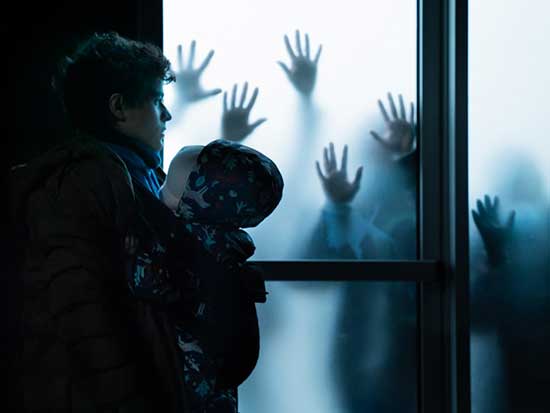 In his first solo experience as a writer/director of a feature film, Julien Knafo does a decent job at putting together a typical zombie survival movie with his moments of dark humor. His directing skills never grow stale throughout the movie, ensuring we always witness some innovative and interesting camera angles, close-up shots of the gruesome make-up effects of the infected beings, and delivering a few chuckles with some contemporarily developed jokes. In addition to that, even though most of the movie seems like a stereotypical zombie plot, (without spoiling anything) the social and environmental criticism of the source and evolution of the infection is quite original and up-to-date on world issues.

Anyone who knows about Quebec television and cinematic culture knows that Nathalie Boutrie, in charge of the film’s casting, assembled a “who’s who” of French-Canadian stardom. With names like the legendary Roy Dupuis (“The Rocket”; “Screamers”), who could literally act his way out of a paperbag, Marianne Fortier (“Aurore”), Mahée Paiement, Stéphane Crête, Anne-Élisabeth Bossé, Jean-Pierre Bergeron and Simon-Olivier Fecteau, it would have been difficult to not be entertaining. Each of these actors, in addition to the young Iani Bédard, deliver entertaining performances in each of their very different characters. We especially get attached to the trio of main characters for whom we feel much empathy throughout their different challenges.

There are, however, a number of scenes where the CGI utilized is very doubtful, sketchy and disappointing. The use of green screens for a few scenes was also a letdown and fairly obvious the moment they are viewed onscreen. That doesn’t mean everything enhanced by a computer was evident to point out, as it was revealed during the Q&A that some winter scenes were shot in the middle of a blistering Canadian summer since their original shooting schedule was interrupted by the Covid-19 pandemic. The use of some characters may also sometimes get on your nerves, for instance, like a set of twins (portrayed by the same actress (Mylène MacKay)) who (no spoilers) have a very farfetched and Matrix-style role to play in the storyline. Their characters just aren’t credible in terms of their purpose and attempted onscreen “coolness”. 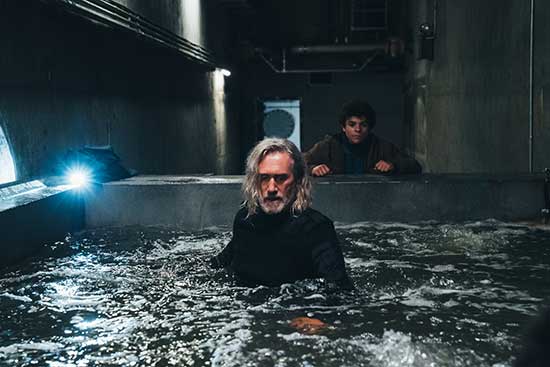 “Brain Freeze” definitely doesn’t reinvent the zombie genre of horror, minus the intriguing and original deterioration of the living dead. Nonetheless, it remains an entertainingly acceptable 91 minutes that succeeds in evoking a small array of emotions. Writer/director Julien Knafo was asked after the film if the Covid-19 pandemic, having interrupted the film’s shooting, had any effect in the storyline or development of the plot afterwards. He responded: “My film didn’t follow in reality’s footsteps; it’s actually reality that followed my film.” Knafo’s first horror film merits a score of 6/10. The province of Quebec in Canada seldom produces genre cinema, so go out and see it as soon as humanly (or zombily?) possible!