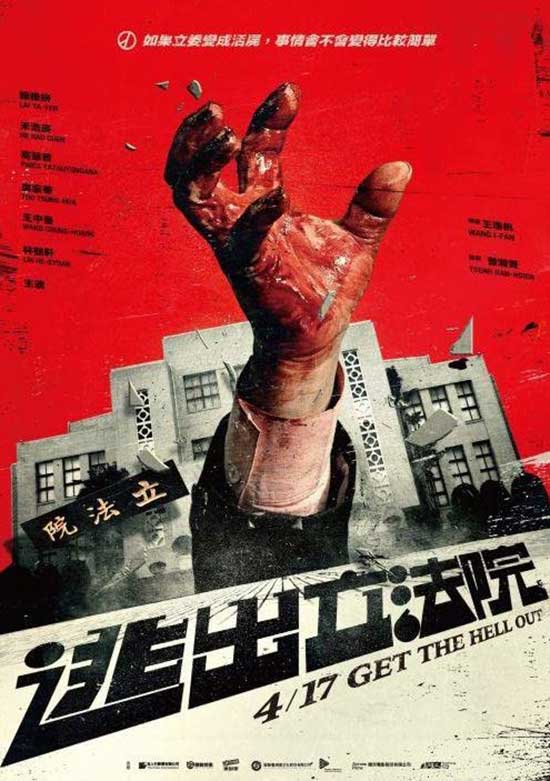 Ying-Ying (Megan Lai) is a proud member of the Taiwanese parliament that takes her job very seriously. She tirelessly fights to stop a development of a polluting chemical plant that threatens the peaceful beauty of her childhood home. Facing corrupt politicians, bureaucratical red tape as well as her own anger management problems, Ying-Ying unfortunately finds herself kicked out of parliament and has to come up with a plan B to save her beloved home. Enter clueless security guard You-Wei (Bruce Ho), who Ying-Ying sees as the perfect candidate to step in her shoes and perform as her own personal political marionet. Unlucky for her, she is not the only one with the same plan and You-Wei soon finds himself as hot commodity between the opposing sides, all trying to get him to do their bidding. To complicate matters, a fast spreading zombie virus is suddenly released in the middle of parliament floor leading to utter chaos and for You-Wei and Ying-Ying to fight for their lives to get the hell out of the building. 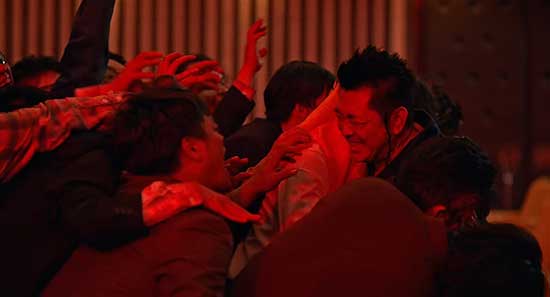 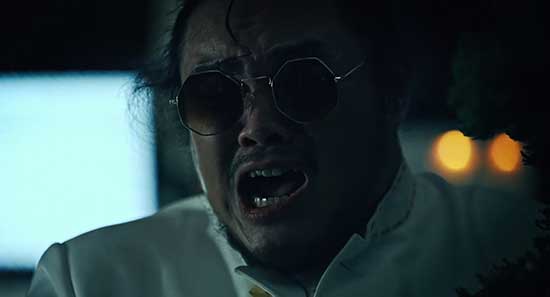 Get the Hell Out is a very simple film. As simple as a zombie film can be. Virus is released, people in a confined space get infected fast, and a handful of survivors try their hardest to get out while fighting an ever-increasing horde of the undead. Simple. That is not however to say, that it is a bad film. It may not take the grimly dark approach such as the 2007 Spanish nail-biter Rec or the 2016 K-horror romp Train to Busan (Busanhaeng) but can nevertheless proudly claim its place amongst other genre entries. Despite having the platform for some deeper political commentary, the director Wang I-Fan has taken this story to completely opposite direction and instead of gloomy doomsday scenarios or meaningful studies of the human condition, brings us a slapstick comedy where blood is not spared and events ensue with such a pace that simple act of blinking might make you miss something essential. 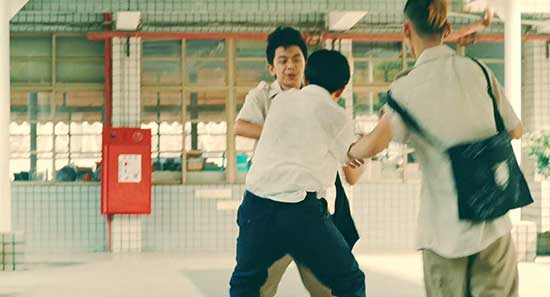 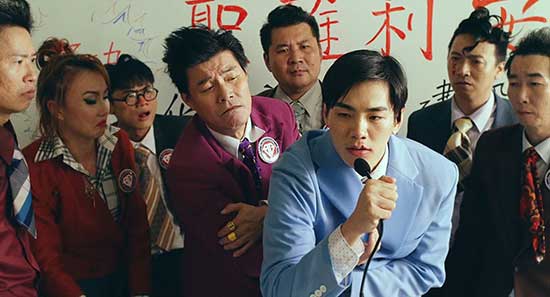 While entertaining, this fast paced, action packed take on thing does on occasion get somewhat tiresome. The continuous bombardment of the senses is fun for a while but at certain point most viewers might wish for a slight pause in the proceedings. The kinetic energy is certainly part of the films charm, but at the same time a slight breather amongst the 90-minute onslaught would have not gone a miss. Same goes for the unceasing slapstick. On personal level, I am not the biggest fan of the said form of humour and even if I was, I have a feeling I would still prefer to have it slightly more paced out. As it stands, some of the humorous scenes do start to lose their punch as you are continually blasted with more and more of the same stuff. 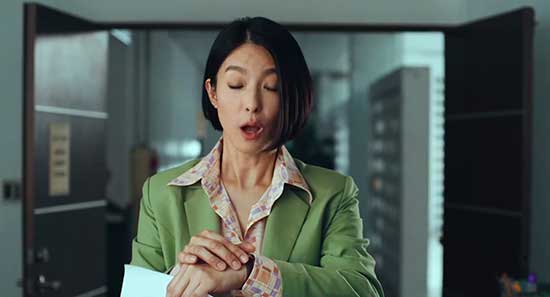 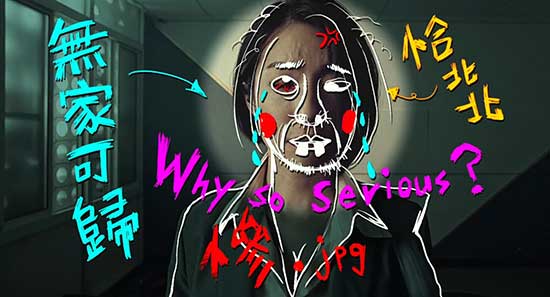 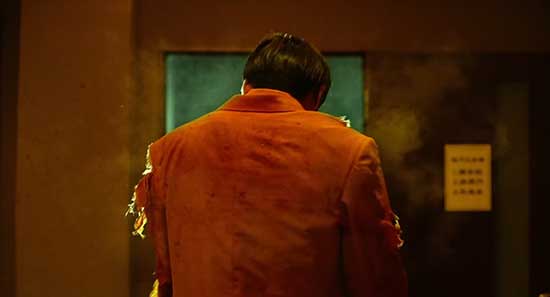 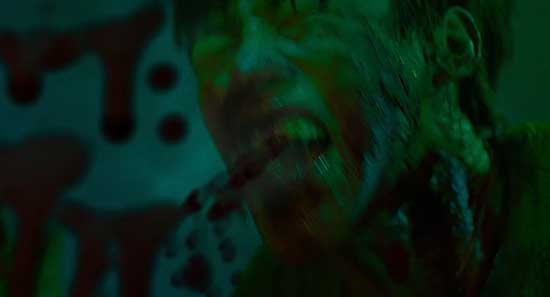 What does work greatly for the film’s favour is its visual side. The colourful and vibrant style is obviously inspired by the world of comic books (although as far as I know, it is not based on one. Please feel free to correct me if I’m wrong) and the whole film just bursts with spirited and vivid energy. The technicolour action is punctuated with infographics and subtitles giving the viewer more information on new characters, specific fight moves they might have and even offering a karaoke option for some of the songs that get sang. Bloodshed is ample but keeps with the style of the film making it more ludicrous than gory and while the fight scenes might start to feel ever so slightly repetitive, they are nevertheless very well choreographed and for the most part very enjoyable to watch.

Get the Hell Out is film for anyone enjoying the more comical side of the zombie genre. It offers no great surprises but will provide a laugh or two. If you are looking for something that requires absolutely no brain power but is filled with an abundant amount of colourful fun, it might just be the film for you.