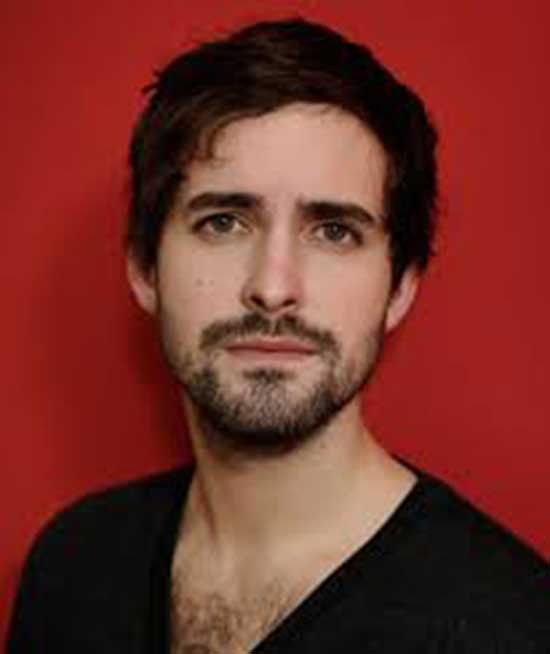 It’s always awesome talking to director/writer Richard Bates Jr. He’s written and directed some of the best films, Excision, Trash Fire, Tone-Deaf, and Suburban Gothic. If you haven’t seen any of these films, I would recommend you watch them. His newest film, King Knight is funny, peaceful, unique, magical… If I may say it’s magical. It makes you wonder what goes on in his mind?

The High Priest of a modern-day coven finds his life thrown into turmoil and ventures out on a journey of self-discovery.

Hi Richard, how are you doing?

I’m doing good. Thank you. Oh my gosh, I watched King Knight and I felt like I had some kind of life realization. I felt like I needed to go for a nice walk and get my crystals out. The film is amazing.

R.B. Jr.- Oh, you could not say anything that would make me happier. That’s awesome. I really appreciate it. 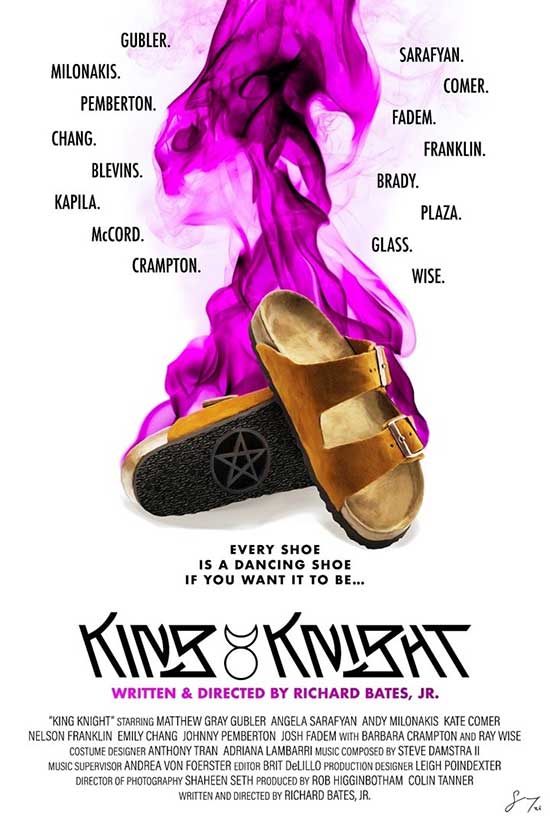 I loved it. Aubrey Plaza is the voice of a Pine Cone, the kaleidoscope image of Barbara Crampton. I loved that Matthew was working with you again. How did this idea manifest for you?

R.B. Jr.- Thank you. I finished Tone-Deaf and I was trying to think of what I should do next or what I should be doing next? With everything going on politically and socially. The world was so ominous, and I knew I couldn’t go dark, I just didn’t want to and I didn’t think I was capable. I wanted to make a movie that made me happy and I was hoping it would make other people happy. I was pitched a witch movie about an evil witch. I realized that I would be making a witch movie but they are not evil, they are the nicest people I’ve ever met. So, the idea really came from that and it takes place in this heightened version of reality. In order for this to work I needed to strip all of my writing of my visual cynicism. I tried to make sure that every character in the movie was written with love. I think to myself what movies make me happy, and what do I watch to cheer myself up? Its generally like a nineties John Waters movie. Pecker in particular is my go-to. That movie makes me happy. It’s perverse, it’s silly, it’s provocative. I was trying to figure out why I keep returning to this movie. It’s because it’s so sweet. I knew that was how this movie needed to be approached. I wanted people to see that witches are no different than anyone else. I can’t make the witches in this movie holier than thou. I need to treat the witches like normal characters. 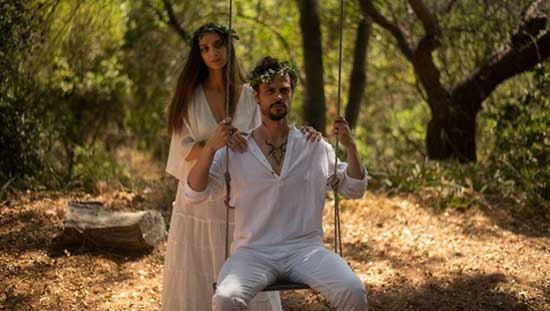 I loved that about King Knight, you made them relatable. Witches are wonderful, peaceful people and everyone believes in different things. We are not here cursing people and standing in blood-soaked circles. (Not all of us anyway.) This was a heartwarming, funny movie.

R.B. Jr.- Before I made the movie, I had a few of my friends who are witches read it. I felt confident going on.

What was it like working with everyone and how did you prepare as the director and writer?

R.B. Jr.- Well, it was an absolute job but when I started writing a script about a nice bunch of witches who don’t kill anyone, I knew there was no fucking way I’m getting financing. I was like, who do I pitch that to? No boobs, no blood! WHAT!? I wanted to make it and it would be fun. It would feel like when I was a kid and I was making movies in my parents’ backyard. I used my own money. Casting is a huge part of directing. If you cast the right person, you don’t have to micromanage.  I got to cast the entire movie myself. In order to do that I had to learn all the negotiations.

What do you look for when you are casting?

R.B. Jr.- It depends on the project. When I’m writing, I try not to think of any actors at all. I try to write with any of those decisions in mind. I tried to cast this movie with love. I put people that I really admire in it. I didn’t know Barbara Crampton at all but I gave her a call and she said would do the movie. A musician I like, Alice Glass, I never met her and I reached out to her, and she had seen a movie of mine called Excision which was so cool. She said she would voice the Rock. Matthew is one of my best friends and Josh Fadem was great because he helped me with some of the cast. He introduced me to Angela Sarafyan, who was perfect. I was struggling to find the right Willow. Now, Angela and I are really close friends. She’s the coolest. Johnny did a movie with me already and he’s so fucking funny. AnnaLynne McCord is always there; Nelson Franklin went to school with me. Ray Wise is another hero. Aubrey Plaza is one of my favorite comedians, and she is voicing the Pine Cone. Everyone was game. It was so fun. 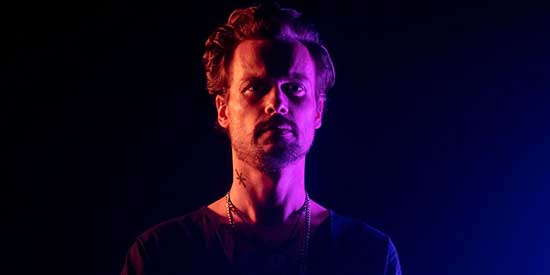 R.B. Jr.- In January, my father passed away.

R.B. Jr.- Thank you, I appreciate it. I love him very much. He is my favorite human ever. I’m trying to write a movie for him and about him. He’s a really funny guy. I am not going to do anything until I make that movie for him. On a lighter note, my dad did get to see King Knight before he passed away.

What did he think?

R.B. Jr.- His final review was pretty fantastic. He said, “Son, I really liked the movie but I could have done without all the poop stuff.” So, that’s his immortalized review right there.

Awww, I am so sorry. I thank you so much for taking the time to talk and thank you Richard for creating these wonderful movies and giving us these memorable characters.

MAKE SURE TO CHECK OUT KING KNIGHT! KING KNIGHT WILL HAVE Its WORLD PREMIERE AT FANTASIA FILM FESTIVAL