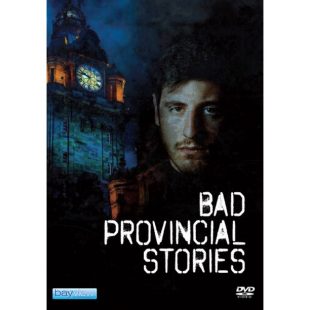 Bad Provincial Stories is a new mystery and suspense feature from director Stefano Simone coming to DVD & Digital on August 24, 2021 from Bayview Entertainment.

Three years have passed since Giacomo published his novel and he finds himself without inspiration for his next work. But now, his publisher is demanding the book and if he fails to deliver it, Giacomo’s contract will be canceled. Even worse, Giacomo’s marriage to Mara is crumbling and finds itself one step from divorce. The pressure of his marital situation affects his work until he finally takes the advice of a friend and simply begins to observe his surroundings for inspiration. Armed with his notebook, Giacomo soon discovers that appearances can be deceiving when it comes to the seemingly quiet life of the provincial inhabitants and their secrets.