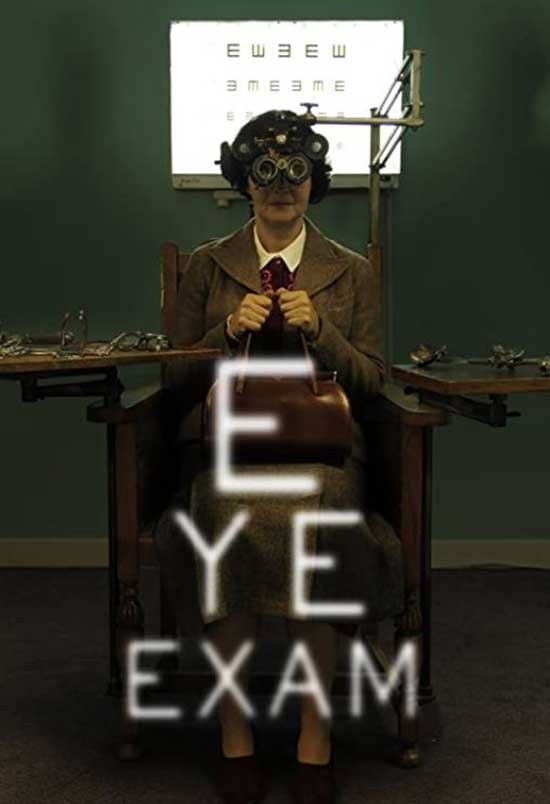 Directed by Aislinn Clarke (2:30 min) (Horror) (U.K.)
A woman regrets attending a free eye exam when she begins to suspect that her optometrist has nefarious intentions.

Eye Exam was directed by Aislinn Clarke and written by Jack Tarling. There isn’t much that bothers me in horror movies. For two minutes and thirty seconds I sat and watched Eye Exam just waiting for something incredibly horrible to happen…

Irene Allan plays Ellen; she is going to the Optometrist played creepily by Richard Addison…

We have all seen some uncomfortable doctor related films, The Marathon Man (1976) stands out right about now. We have seen various scenes where something goes wildly wrong in regards to eyes… Movies like Hostel, Final Destination 5 come to mind when you think of gnarly eye scenes. 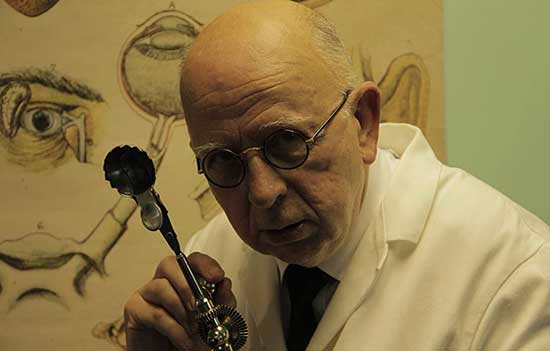 Eye Exam isn’t gruesome or violent with the scenes yet it’s still terrifying. You are not quite sure what will happen in such a short amount of time. (Could this be a feature film? Hello? Anyone?)

As Ellen gets her exam, she sees something creepy besides the Optometrist named Dr. Lucius Renfield. Ellen watches his previous patient practically stumble over himself trying to get out of the office. The office is creepy and you don’t quite see

The two Cyclops are played by Stephen Corrall and Tyler Collins. They do a great job. Aislinn Clarke did a great job of making this movie creepy. It has that Hitchcock feel to it. The music, the intensity, the gentle nudge of moving medical eye scoopers.

I would say, check out Eye Exam.