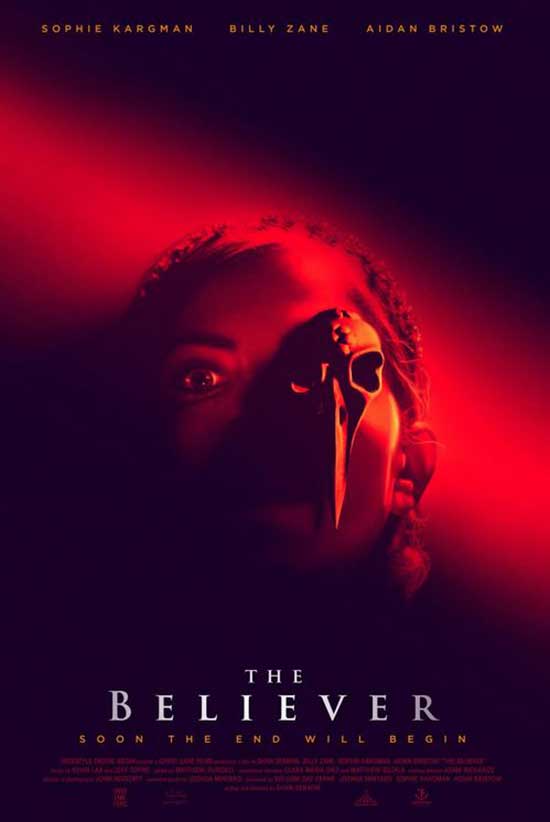 Lucas, an out-of-work nuclear scientist, struggles with tension in his marriage after his wife Violet mysteriously terminates her pregnancy without his consent. As Lucas’ physical health begins to inexplicably deteriorate, Violet’s behavior grows increasingly bizarre and he seeks clarity from his therapist Dr. Benedict. Exhausted by his job search, strange events begin to occur in the home and his medical condition progressively declines. Benedict recommends they try an alternative therapy, but it only makes matters worse. Lucas questions Benedict’s effectiveness as his grip on reality begins to fade. Violet’s deceitful behavior arouses his ever-deepening suspicions, and after a visit from two mysterious guests, her insidious behavior becomes disturbingly pervasive. Lucas’ anger and frustration turns to fear as Violet’s sinister intentions are revealed. Lucas tries in vain to escape the evil web she has spun, but by the time he discovers the truth, it might be too late.

When done well, it’s arguable that the psychological horror movie can be the most frightening of all the sub-genres. While we can all get a vicarious shiver down the spine from your everyday werewolf or vampire creeping stealthily across a darkened bedroom, deep down we all know these things are just imaginary and can do us no harm in reality; the mind, however, and all its unexplored depths and recesses, can fling unlimited horrors at us and is capable of inflicting immense damage to us and those around us. Unfortunately getting psychological horror right is extremely difficult; for every example that nails it like Jacob’s Ladder, American Psycho or The Shining there are dozens of pretentious snooze fests that do nothing but go round in tedious circles. Into which of these camps does 2021 effort The Believer fall into?

Coming to us from writer – director Shan Serafin, The Believer quickly introduces us to its two main characters, cohabiting husband and wife Lucas (Aidan Bristow) and Violet (Sophie Kargman). Lucas is your typical out of work nuclear physicist suffering from a progressive bone weakening condition (points for originality if nothing else), and we learn that their relationship is rapidly falling apart at the seams.

Lucas is struggling to come to terms with an ‘incident’ that has occurred in the home recently, initially left deliberately vague before it’s revealed that Violet violently terminated their unborn child by herself without Lucas’ knowledge. To make matters worse Violet is preoccupied with demonology, and in between bouts of self-mutilation and drinking bleach she spends a lot of time reciting snippets of folklore about demonic visitations on Earth. 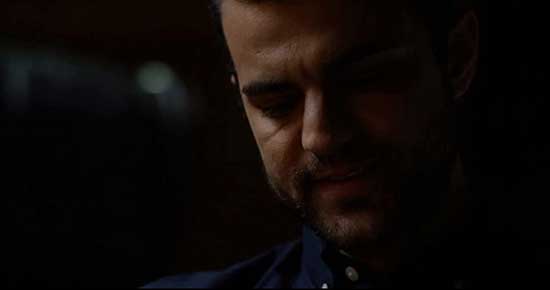 So, understandably enough life for the couple is not exactly idyllic. Lucas spends a lot of time with his therapist Dr Benedict (played by the massively under-used Billy Sane, slumming it here without his trademark shaved dome; weirdly enough appearing here for the second time in a movie called The Believer), trying to understand whether the problems in his and Violet’s relationship are real or imaginary; or even if he himself is real?

You may have guessed from the plot line that we’re in for a whole load of vaguely pretentious hogwash with The Believer, and unfortunately you wouldn’t be wrong on that score – the dialogue at times borders on the insufferable, as the two leads bounce first year psychology student level lines back and forth at each other like tennis balls. While the film does succeed in creating a weird, dream-like atmosphere, the ludicrous writing stops this from fully taking off and drags proceedings back to Earth with a thud. The film treads in the footsteps of far better films, like Misery, Rosemary’s Baby and Audition, but really isn’t in the same league as any of them; it’s one of those films that likes to think that every frame is filled with ocean-deep subtext but it just ain’t.

That said, the actors all pull their roles off pretty well; Bristow as Lucas portrays a sense of heightened dread and confusion effectively, and Kargman as Violet does a great line in creepy smile, dead behind the eyes lunacy. Billy Lane’s role is really too minor to make much of an impression, but it’s fair to say he’s not bringing his Tales From The Crypt; Demon Knight A-game here.

Visually the movie is sadly pretty uninteresting – it’s mainly a single location film, set inside the couple’s house and switching between a few different rooms, mainly using a cold blue filter. There is little in the way of special effects or gore to elevate proceedings (not always necessary with a good psychological horror but if the substance is lacking it never hurts – who can forget the ‘hobbling’ from Misery…) and generally speaking it looks pretty bland and sterile. 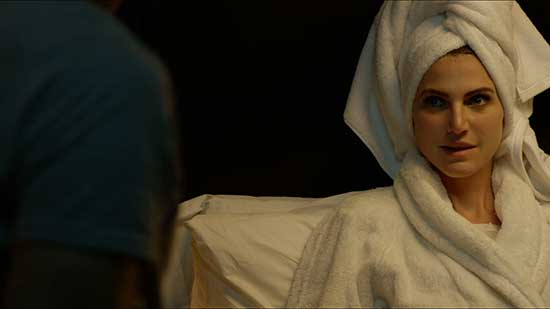 You have to give Serafin his due though, he’s really gone all in with the dialogue with a straight face; it doesn’t quite land but you can’t argue with his commitment, or the performances he gets from his actors. While The Believer isn’t truly a success, it certainly gives you the impression that one of his future films just might surprise you.