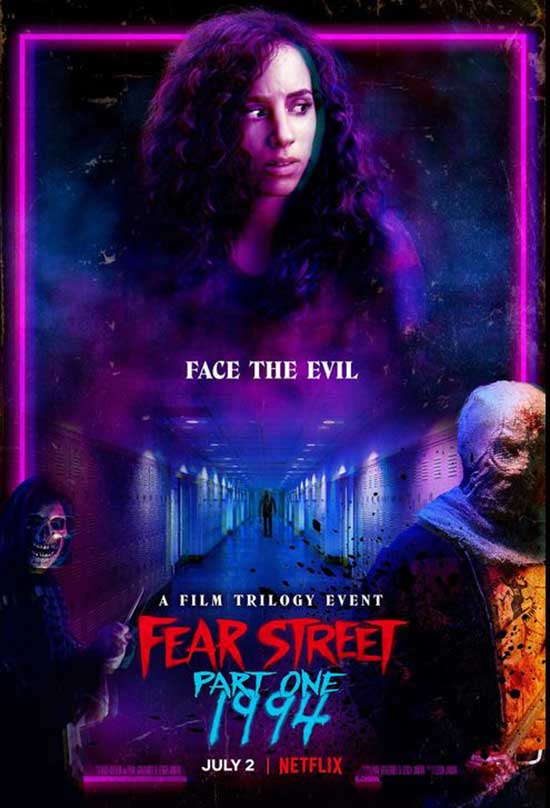 A circle of teenage friends accidentally encounter the ancient evil responsible for a series of brutal murders that have plagued their town for over 300 years. Welcome to Shadyside.

The Fear Street books defined an entire generation of young horror fans. While they never had the same popularity of the Goosebumps most would agree, Fear Street was the superior franchise. They were darker and more mature with richer characters and themes. Fans have been rallying for an adaptation and they finally got one with a unique premise. Three films spanning three different periods of history exploring multiple genres and themes found in the books, with one film being released over three weeks. So far it works I really dug this film, but to explore it we have to go back in time to 1994.

The film is set in the fictional town of Shadyside, a town with a dark past dubbed the murder capital of America. The town has been cursed since a woman named Sarah Fier was executed for witchcraft in 1666. Since then the town has been plagued by waves of slasher-style killers. First off this movie is fun as hell. It’s fast-paced like a roller coaster, the film never wastes its time. You’re introduced to the cast and things just keep escalating from crazy to crazier to batshit. One thing that might get annoying for some viewers is the constant needle drops of 90’s songs. It didn’t bother me but some viewers find it distracting as if the film is overusing the music to empathize with the 90’s aesthetic. For me it works, the film is a nod to 90’s slashers so it makes sense to have 90’s tracks.

While the 90’s horror aesthetics are great the cast is what made this film for me. So many horror films struggle to write teenage dialogue and drama. Writer and director Leigh Janiak and writer Phil Graziadei really know what they’re doing. They especially capture that feeling of heightened emotion a teenager deals with. The two characters I found the most engaging were bad girl Kate (Julia Rehwald) and her dim-witted partner in crime Simon (Fred Hechinger). They steal every scene they are in, they’re so funny. But what I really loved is you get to see that the crazy antics they pull are just a way of masking their pain, from a society that shuns them and doesn’t care about their well-being. The rest of the characters are great but they all really shine when they are together, they have an almost Scooby-Doo quality to them. 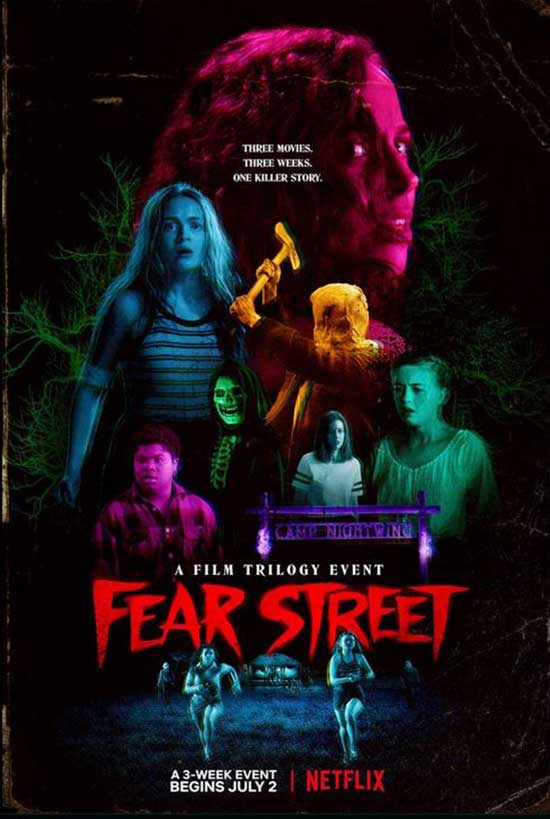 Fear Street is off to a great start and I cant wait to see what the rest of the trilogy brings us. If they are successful I’d love to see more films produced. They could even do an annual trilogy with different genres of horror and taking themes from different Fear Street books, the possibilities are endless. One thing I feel I should add is the film is never really scary, but it’s really fun. If you’re wanting a ballsy give you nightmares kinda film, this will disappoint you. It’s the perfect gateway horror film especially for young fans.