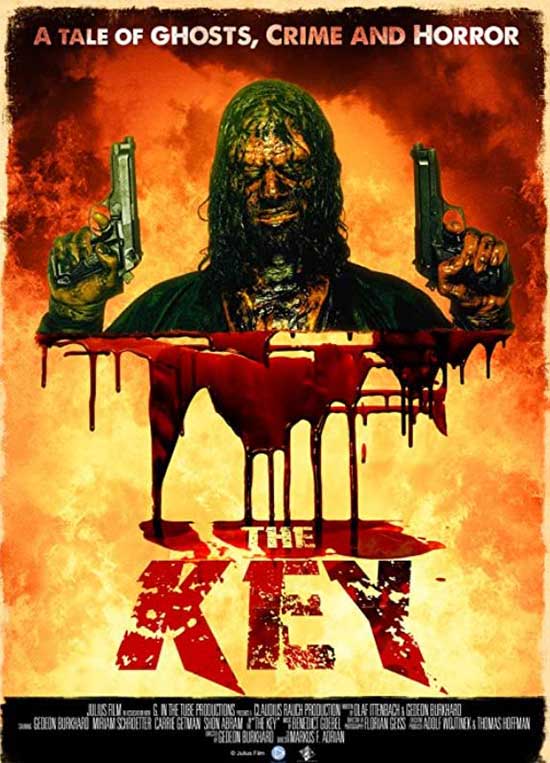 A tale of ghosts, crime and horror.

What happens when a crime sets off a curse that transforms a helpless family into demonic ghosts? A pretty pitiful movie; that’s what happens. “The Key”, directed by Markus F. Adrian and Gedeon Burkhard, demonstrates this sad attempt at a supernatural concept.

A family is brutally butchered at the hands of a merciless circle of criminals, inside their very own home, decades ago. Fast forward to the present time and 2 couples find themselves in a car accident, pursued by individuals meaning only harm to them, and injured in the process. They find refuge in the same house where the horrible massacre occurred, years ago, and are welcomed in with arms wide open by a very modest, sober family. Their hospitality is taken one step further as they hide a dark secret: they have the hellacious powers to transform into blood-thirsty demons and defend the 4 refugees from the dangerous criminals. 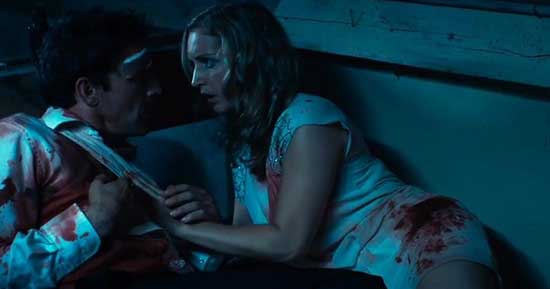 This German film starts off with a rather cruel and violent annihilation of a family within the very first ten minutes, sparing no victims. One thing for sure is that writers Olaf Ittenbach and Gedeon Burkhard (the latter also being one of the co-directors) did not hold back by avoiding the typically untouchable victims of horror movies in general. We have to give them at least that much credit for having the audacity to venture into risky and heartless territory.

Sadly, that is pretty much the only positive aspect of “The Key” (aside from maybe some almost-par make-up effects from the make-up department). Both the directing and writing from the German filmmakers is quite painful and atrocious to sit through during its 90 minutes of screen time. While the first third of the film delivers promising mercilessness and boldness in regards to where it is willing to take its audience, the other two thirds of it spirals out of control in an amateurish descent to Hell (and not in the way we’d want a horror film to do it). 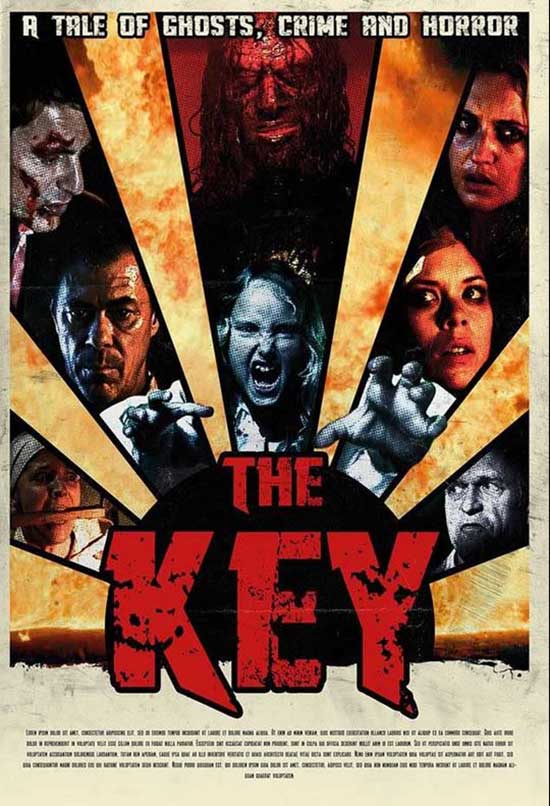 The storyline jumps from unrelated scene to unrelated scene and seems to lose its path, all on its own, along the way. The concept of vengeful ghosts, although having been done in the past, could have been acceptable in this European crime/supernatural hybrid if it wasn’t for the tackiness of the horrible CGI effects during “demonic” transformations and the mechanical performances from the majority of both the adult and child actors. If only the soundtrack was awesome, in your face, and distracted you from the awkwardness onscreen, right? Unfortunately, the score attached to “The Key” is just as cheesy as the movie itself, in addition to seemingly being the wrong soundtrack being chosen for a specific scene, giving off a completely different vibe from what is going on, visually. The intended dark, ghoulish atmosphere is completely turned off from the tacky soundtrack, among many other things that were enumerated above.

Sadly, it’s as if the filmmakers tried too hard to develop a complex storyline and got lost along the way, in part, due to poor execution skills on the directorial part, as well as the acting, the special effects, and the music department. The promising opening scene was thwarted into bitter disappointment and cringe-inducing reactions from the audience the more the film went on. A film that is “so bad; it’s actually good” is always refreshing and lightheartedly accepted when it either succeeds in entertaining despite its low budget or poor acting skills, or even if it doesn’t take itself too seriously and knows what it’s bringing to the table. “The Key”, from directors Markus F. Adrian and Gedeon Burkhard is regrettably “so bad; it’s bad” and receives the disappointing score of 4/10.