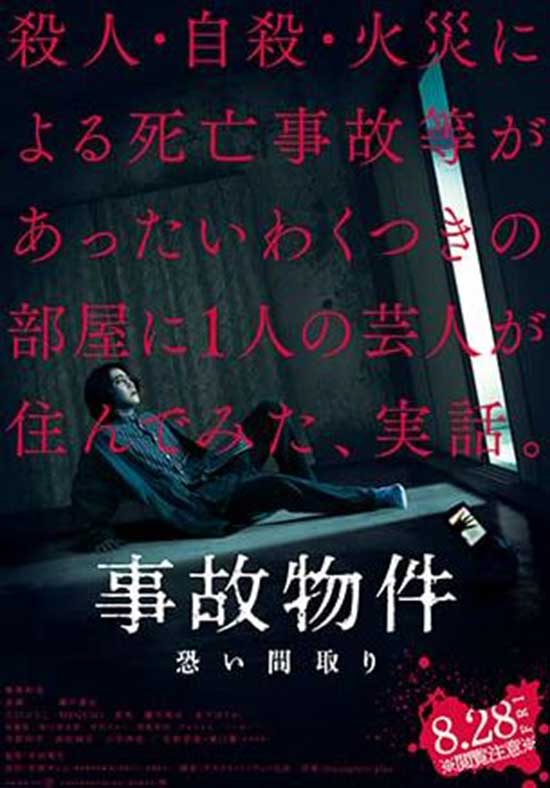 Terrible title, terrible film. From the legendary horror director Hideo Nakata comes an utter flop of a horror story centred around haunted houses. While the basic concept of the film is not all together awful, the execution leaves a lot to be desired and rather than delivering genre defining thrills, it only offers a few mildly entertaining segments with a whole lot of filler in between. 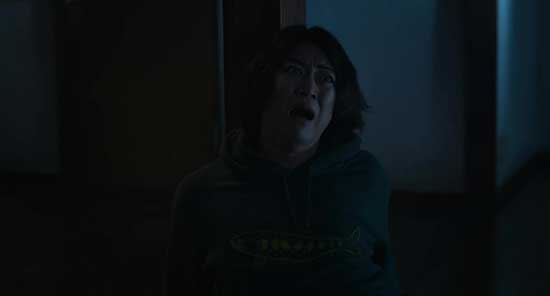 Two friends, Yamame (Kazuya Kamenashi) and Nakai (Koji Seto) are doing their best trying to get their two-man comedy act off the ground. After yet another failed performance Nakai decides it is time to pack it in and take a job in a local TV station. Feeling somewhat guilty for leaving his friend high and dry, he also manages to find him a job on TV as a host of new experimental reality program. All Yamame has to do is to stay overnight in so called “stigmatized properties” and record any potential supernatural activity. Against all odds, Yamame manages to catch something bizarre on camera on his very first stay and the show becomes and instant hit. However, the newfound fame comes with a price and the more properties Yamame stays in, more sinister things get. In the end Yamame must decide what is more important, fame or his own safety? 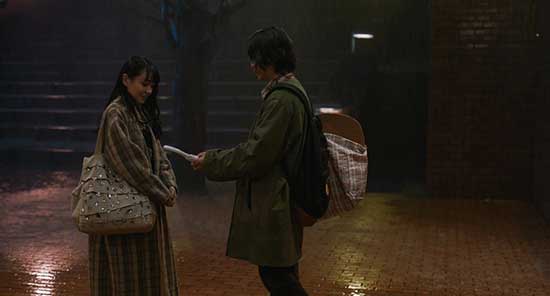 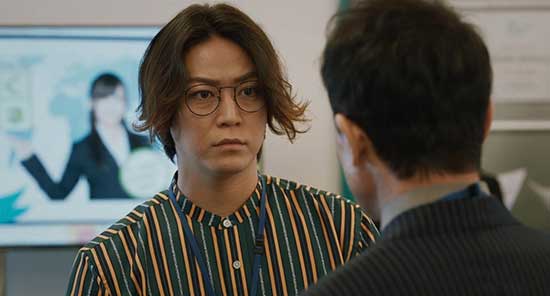 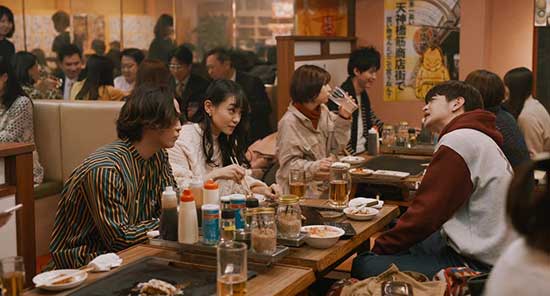 So, what exactly is a “stigmatized property”? As you might have already concluded, it is a place where a terrible tragedy of some description has happened, leaving the place with a certain amount of notoriety and a reputation for being haunted. It is not terribly original, but as a basic concept not entirely awful either. Personally, I love a good haunted house story so having more than one of them in one film seems like pretty sweet deal. And it could be if it were delivered with a bit more precision. The background stories of these properties are all intriguing enough and the ghosts inhabiting them interesting and even on occasion, kind of creepy. However, between these ghostly encounters, there is an enormous amount of filler material that does the film absolutely no favours. I am sure an attempt was made to make the film slightly more character driven and give the main characters a bit more depth with all this padding, but unfortunately it just makes the film’s pacing sluggish and undoubtedly looses a fair few viewers in the process. 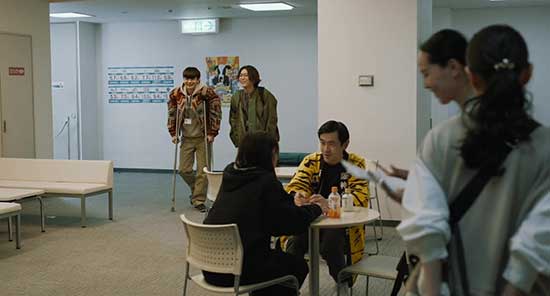 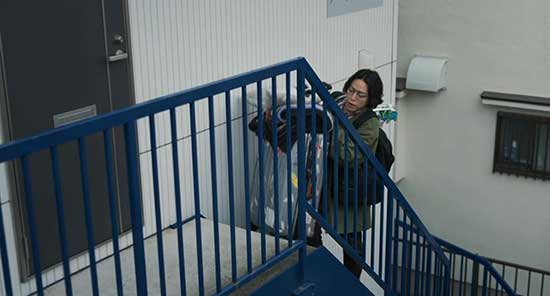 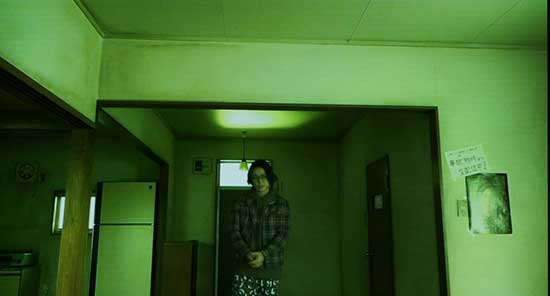 The scares vary in quality from relatively decent to downright awful. The first two of the stories are better than the rest, as are the ghostly rendezvous. There is a very entertaining sequence with the two friends and a rather disgruntled female spirit, who appears to both men simultaneously in two different locations. The spirit is creepy and the encounter eerie in an uncanny kind of way that chills you a lot more than just a simple jump scare would. The second property contains a very violent backstory and with it, a very violent spirit, making for a relatively grim, yet intriguing encounter. The rest are much of a muchness and the film dawdles to its conclusion in a monotonous manner. Rest of the ghosts are not any where near as interesting as the first two and offer no scare scenes really worth mentioning. The last third also introduces a weird grim reaper type character to the story, that looks like something you could buy in Spirit Halloween store and therefore just makes the whole thing even more painful to watch. 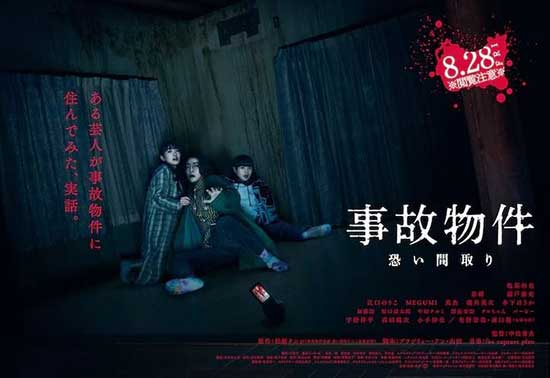 Stigmatized Properties is based on a real-life television show by the comic Tanishi Matsubara, who found his little niche in occupying allegedly haunted locations. While I am sure that this concept works perfectly fine in 30–40-minute TV episodes, it is absolutely not enough to stretch into a nearly two hour film. At least half an hour needed to be left in the cutting room floor for this to be anywhere near compelling viewing.  Perhaps it could have worked better as an anthology? Who knows. All I know is that I would avoid this one.