Director/Writer Timothy Covell’s feature film BLOOD CONSCIOUS was screening at Panic Fest 2021. I was able to chat with this talented director/writer about BLOOD CONSCIOUS. We were joined by Producer Christina Behnke. Check out the interview.

It was so great to be a part of Panic Fest 2021. I reviewed Blood Conscious, and it was such a great film. How did this idea manifest for both of you, and Christina why did you decide to get involved?

Timothy- This is how everything started. This was a few years ago now; we were watching Sam Raimi’s Evil Dead II (1987). If you remember at one point, the Ash character has been fighting demons for who knows how long, and he’s in the cabin covered in blood. These people show up and they think he’s a mad man. Then they realize he’s fighting demons. I thought wouldn’t that be an interesting idea for a movie but in real life, you never would find out if they were demons. It would be much more ambiguous. So, that was the seed of the story idea. I sat down to work a screenplay around the idea of a family that finds someone who has killed people that they care about, and there might be a mad man, a mass murderer, or so he claims, someone who is just trying to do the right thing.

Christina- Tim and I are married, and we’ve been making short films together with a lot of the same people since our relationship began. As time went on, I became more involved as a producer with each project. I changed careers about five or six years ago. By the time we got around to making Blood Conscious, we felt that we had done all we could with short films, and Tim was ready to make a feature film. We thought, what could we do with the resources available. He has other scripts but this was the one that we wanted to focus on. 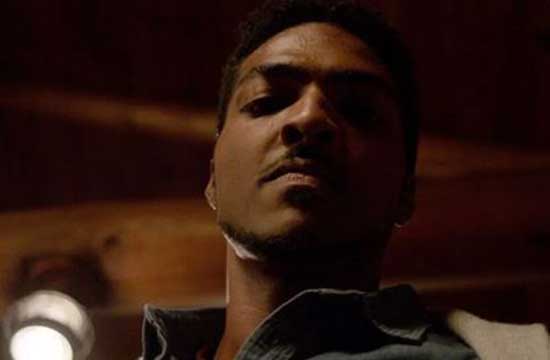 I found this movie fascinating because there is so much horrible stuff that happens. Blood Conscious sort of makes you think when people do horrible things in the world. It makes you question the good and evil aspects of life. I don’t know if that was intentional or if I was just really analyzing the movie?

Timothy- A big concern of mine was focusing on this idea of people doing things or being led to believe certain things that might be counterintuitive. They want to convince themselves of something, and that leads them to do things that may be violent or rash. This does happen to people in real life, and sometimes people do horrible things, and in their own mind they think they’re doing the right thing, they’re a hero. This is something they have convinced themselves of, this is something that they have worked themselves in to.

Christina- It’s kind of uncanny… when did you write the script?

Christina- Since we started making it, it’s been a long process getting it out to the world for various reasons. I’ve always had anxiety thinking about, will this movie still be relevant, and for better or worse, the world has gotten scarier and weirder. There are moments in the film that people can relate to. It’s been weird but I guess it goes to show how universal the theme is.

This cast did such a great job. I don’t want to give away spoilers but there are some great mystery moments, and the characters figured some of the same stuff I was thinking. They figured it out. Oghenero Gbaje, DeShawn White, Lenny Thomas, Lori Hammel, and Nick Damici.

Christina- We wanted to figure out which character should be closer to the audience’s perspective.

Timothy- Yes, over time, we decided on Kevin, and the same thing when I was editing the film. That scene you’re talking about in particular, we spent a lot of time focusing on getting the audience in Kevin’s perspective. We’re with him to some extent, and we’re also questioning the character.

I realize that it’s a horror movie and the characters don’t know they are in a horror movie. I appreciated the writing. DeShawn White’s character Brittney had compassion and empathy. Lennie Thomas delivered a powerful performance. He sort of takes charge, and doesn’t hesitate. What was it like for both of you working with the cast?

Timothy- Thank you. In terms of the casting, for Lenny Thomas who plays Tony, we we’re already friends. Lenny was in short film of mine so we already had a relationship. When we were trying to cast Brittney and Kevin, we brought in Lenny, and had him sit down. Then we did the car scene with the three of them in the car together. We wanted to see how everybody worked as a family, and that’s what I was thinking about during the casting process. How do we get three characters that feel like they know each other and have a rapport together? They do feel like a family to me. 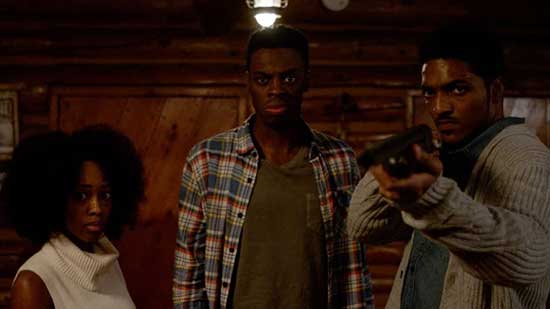 Christina- Tim and I love the Cohen Brothers. You do have larger-than-life characters, and we really appreciate actors who can bring dimension to the characters. They can individualize the essence of each role.

We get to see Nick Damici who portrays The Stranger in a different light. These characters are all fascinating.

Timothy- I knew what I wanted with those characters. In the case of Lenny playing Tony and Nick playing The Stranger. When we knew they would be the performers, I did adjust the script in some ways to ensure that I would get the most from them. A lot of that was on the page, and I think it was fun onset because they really brought it. It was an exciting time and I think everyone did an amazing job.

Christina- I had a very clear vision of who these characters would be. When we found the people, we we’re looking for, it was like, we knew them already.

Do you think it’s easier working together because you guys are married? I love Heather and Jason DeVan, they direct/produce/act together. I think you two are so in synch and collaborative.

Christina- I would say that it helps. It’s hard to imagine it being any different. We both love movies so, it’s kind of our lives.

I agree. What was the preparation for you Christina as a producer on Blood Conscious?

Christina- The summer leading up to our shoot, which would have been in October of 2017. I was in Los Angeles working for the Writer’s Room on a show called, Hap and Leonard, which is how I met Nick Damici. Nick was one of the creators of the show. We were working remotely, and I was trying to do all I could from there. Tim was doing all the location scouting. Then I had a week to get all the costumes and that was crazy. It was our first feature and if I had known what I know now, because I have worked on production on feature films. I might not have been so enthusiastic because now I know what’s at the bottom of the lake. I just kind of jumped in. 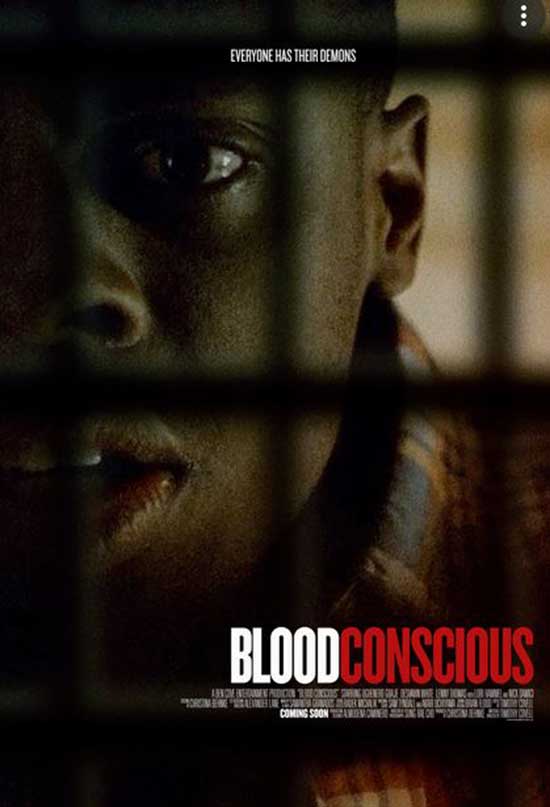 Timothy- For me, it was the location scouting, and that was a big chore. We looked at a number of different places all around New York state. I’m originally from western New York and for some time we thought we would be shooting on the shore of Lake Ontario at a location we found. That fell through and there was a mad scramble to find a replacement. I do have to thank my first A.D., Alex Lane who did find the cabin we ended up using up in the Adirondack’s. We found that with just enough time to spare. It ended being better than all the other places. The big plus was, just like in my script it had a grate in the floor and a trap door in the kitchen. It made things easy for us.

That’s crazy. You wrote it and it was in the cabin. You manifested that.

What was it like filming there? It’s beautiful, and it looks so peaceful. It also looks secluded, in the middle of nowhere. A great place for a horror movie.

Christina- Watching the movie is such a different experience than making it. It wasn’t a big cabin and there were crew members sort of hiding in every corner. We also stayed there on the campgrounds. It was kind of like a camping experience and having everyone there. It was beautiful.

Timothy- I really enjoyed being out in the woods. That area is much more built up than you might know from just watching the film. Lucky for us, we started shooting after the high summer season was over. So, there wasn’t that many people around, it was quite desolate. I think it helped the film by giving it that isolated feeling.

What do the two of you want to say to everyone that will be watching Blood Conscious?

Christina- That’s a good question. It’s been surreal now that its out in the world. I guess I would say, something that people do not realize is that it’s supposed to be fun. It is a funny movie in many ways.

Timothy- There are a number of different elements in the film that might pose more questions than answers. I would encourage people to open themselves up to not having all the answers.

Thank you, Christina, so much and thank you Timothy so much. It was a blast and such a great film. Thank you both so much and Congratulations.