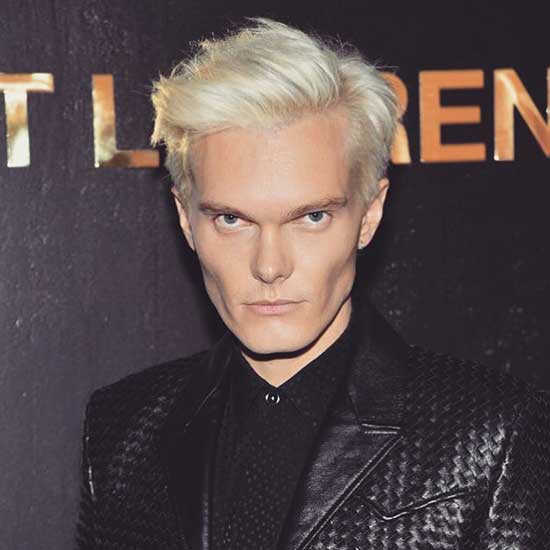 Hello Luke, thank you for taking the time to do this interview. I watched Untitled Horror Movie, and it was awesome. How did this idea manifest for you and Nick Simon?

L.B.- Nick and I had talked about writing something together for years, and the lockdown felt like the perfect time to finally do it. We were fortunate to have access to some of the best people in the business – from talent to producers and everyone in between – so we wanted to make use of that by convincing them to do a project they normally wouldn’t do.

You have portrayed so many awesome characters. What was it like playing Declan? Did you have to do anything to prepare?

L.B.- Declan is a character for sure, but definitely inspired by people I either know or have worked with. He’s the kind of guy who stumbled into acting and stayed for the free drinks at wrap parties. It was certainly a lot of fun to play – producing while playing him, was definitely a bigger hurdle than I ever could have expected though. 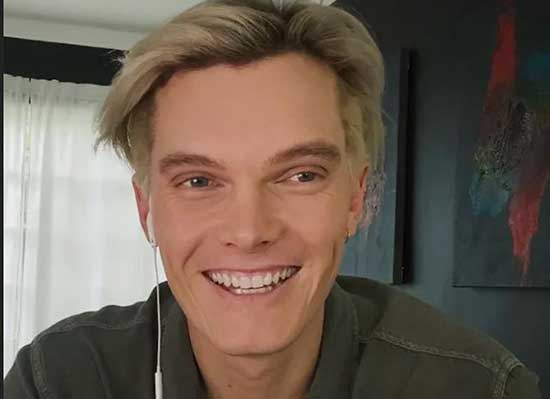 Was it challenging shooting the zoom on camera scenes versus shooting “regular” scenes?

L.B.- Weirdly the Zoom scenes were the easiest to shoot because the chemistry of the cast was so electric. It’s rare that a group of people come together and get on wholeheartedly, but that’s what happened. Shooting scenes by yourself is hard because you have to imagine a make-believe world, while also pretending to be another person reacting to that world. When you work with other talented actors, they do half the job for you.

The movie is different. It’s refreshing and funny. Did you guys face any kind of challenges while filming?

L.B.- Thank you! Comedy is so subjective, and so is horror. It’s scary to think about how people will receive either of those elements of the movie. But, yes. There were a whole host of challenges to overcome, notwithstanding barking dogs, helicopters, blackouts, overheating lights, internet issues and covid restrictions. By some miracle, we didn’t lose any footage or need reshoots. Perhaps actors are more capable than they’ve been letting on?

L.B.- Phenomenal. From the first table read to the premiere, they’ve all been a joy to interact with and work with. I hope we all get to work together again, many times over.

What was it like working with Nick Simon as a director?

L.B.- This is my third film with Nick and I still love working with him as much as I did on our first project. He’s a true collaborator, always willing and ready to listen to different ideas while maintaining a clear cinematic vision. We had so much fun making this movie. It was like film school summer camp, but better.

What’s next for you? What projects are you working on next?

L.B. I just wrapped a film as an actor, and I have a couple of other writing projects that I’m working on. Hopefully there’s an Untitled Horror Movie sequel in there somewhere.

What do you want to the people who will be watching Untitled Horror Movie?

L.B. – Movies like this don’t get made without your support, so thank you for supporting independent film! We really appreciate it, and hope you have a laugh (or scream) watching Untitled Horror Movie!