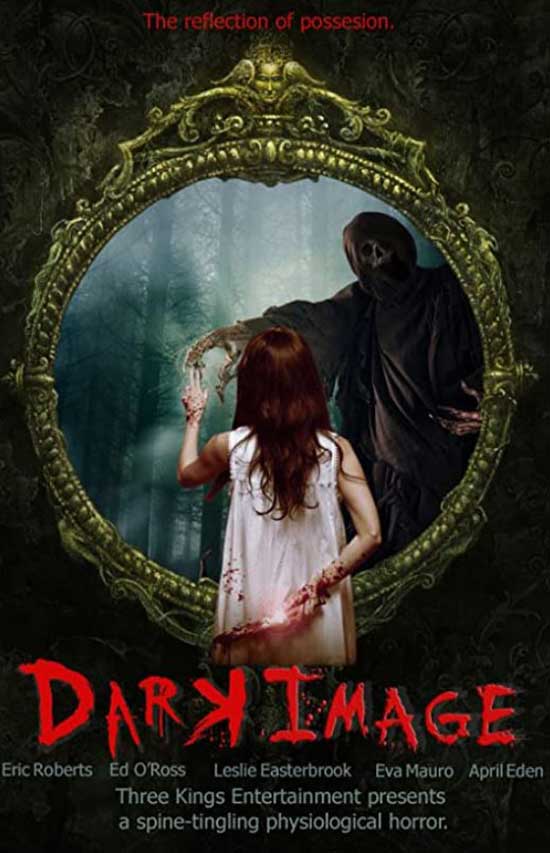 A girl is possessed and kills her own twin sister.

As horror fans, we don’t see many movies these days in the tradition of the old ‘grand guignol’; a pretty much extinct style by now, notorious for over the top, graphic violence and macabre subject matter. Some incredible films have existed within the tradition over the years; gems like The Cabinet Of Dr. Caligari, Whatever Happened To Baby Jane and The Abominable Dr. Phibes can be easily categorised as grand guignol.

Most notably in horror cinema, it’s probably genre specialists like Roger Corman (think House of Usher and Masque Of The Red Death) and Dario Argento (the inimitable Suspiria, Tenebrae and many more) that have done more with the subgenre than anyone else; it’s a shame that we seem to have swapped these unique, fascinating films for ones where the ‘frights’ come from overly loud screeching violins on the soundtrack, and things jumping out of the shadows at the camera every few minutes.

So any modern movie that even attempts to play by the grand guignol rule book is at least deserving of our interest, right? One such movie is 2017’s Dark Image (also known as Mirror Image in some countries of release); directed and written by Chris W. Freeman, it at least ticks some of the right ingredients off the list: stylised, lush settings and photography; hand wringing, lurid melodrama by the bucket load; lashings of bloody violence; and a completely bonkers, overly complicated storyline. 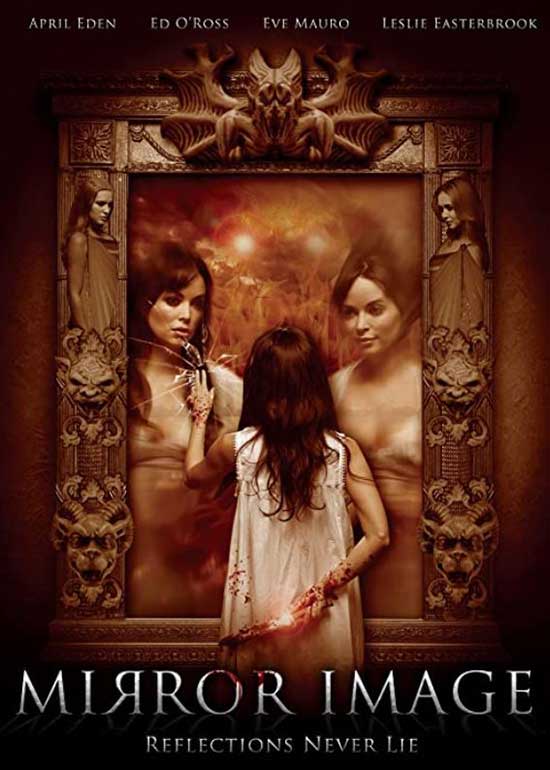 But does Freeman’s movie make the grade? Unfortunately in a word, no…. while movies like the aforementioned Suspiria are certainly not without their own faults (some shoddy acting, suspect dubbing, occasional incomprehensibility) when taken as a whole the experience of watching them transcends these elements to provide an incredible viewing experience.

The story of Dark Image concerns twin sisters Jaden and Jessica Browne (both played by April Marie Eden), both of whom we meet – hooded, bound and perhaps soon to be deceased – in the intro sequence. Murdered in grisly fashion, Jaden makes a very swift exit, leaving surviving twin Jessica trying to cope with the grief in a psychiatric hospital, before eventually being released into the custody of her uncle Alex. As if witnessing her sister’s death wasn’t traumatic enough, Jessica quickly finds herself having frightening and perhaps supernatural visions, and is swept up in a web of intrigue involving shady cops, domineering mothers and grisly killings.

While this sounds appealing enough, it’s badly hampered by the acting on display, much of which consists of people reciting gaudy dialogue with all the passion of someone reading a shampoo bottle label in the shower. It’s actually kind of disheartening to see two genuinely talented actors in the form of Eric Roberts (way too many roles to attempt to list – seriously, check his IMDB page!) and Leslie Easterbrook (The Devil’s Rejects among many more) treading water here – neither of them bother to inject their handful of lines with much enthusiasm, which is pretty understandable given the movie around them. 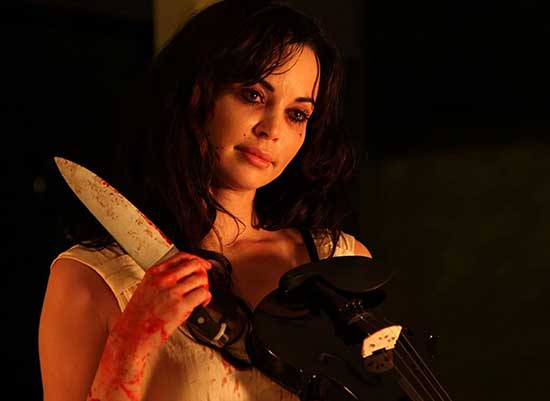 Dark Image makes several references to Dante’s Inferno – as have many movies and books over the years – but here it seems to be nothing but a ploy to gain some depth and mystery by want of association; and no, it doesn’t work. It does manage to generate a strange, dreamlike atmosphere at times, but this evaporates regularly as soon as we suffer another limp line reading or obtuse plot development. This is all a shame, as some of the visuals are pretty good; the scenery is well used and the lighting is effective.

Of course there’s a big ‘twist’ in the story, which it’s fair to say (as with most movies involving twins) you’ll see lumbering towards you a mile off; before the ending is upon us with a dreary thud. The movie only clocks in at an hour and sixteen minutes so it is at least short, unfortunately sitting through it feels more like four hours. So, all in all if the best cinema can manage now is duds like Dark Image maybe it’s for the best if grand guignol stays buried in its crypt.