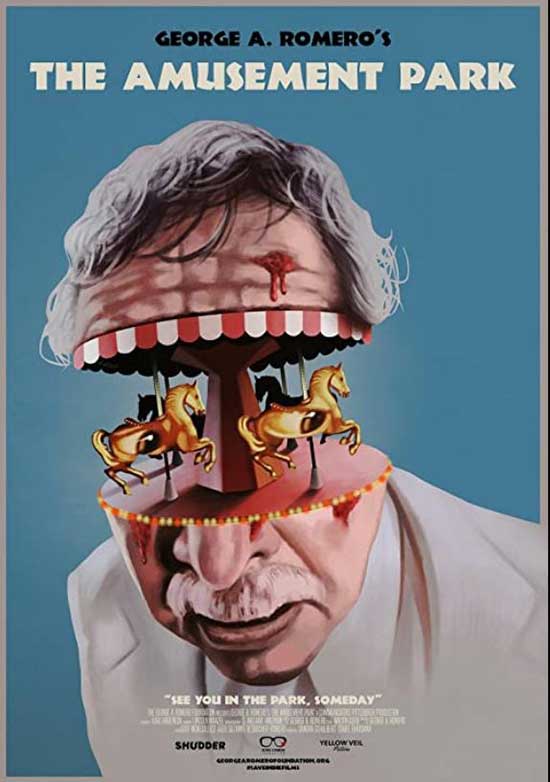 An elderly gentleman goes for what he assumes will be an ordinary day at the amusement park, only to find himself in the middle of a hellish nightmare.

George Romero is one of the most important directors in all of horror, that’s not an opinion that’s a fact. He created the modern zombie genre and changed horror forever with his unique ideas and social commentary present in his films. The Amusement Park is a PSA and a horror film, exploring the horrors of ageism and elder abuse and neglect. Something that has only grown more horrifying as time goes on and also examines a frightening concept, neglect and turning a blind eye at the suffering of societies most vulnerable.

The film was commissioned in 1973 by the Lutheran Service Society Of Western Pennsylvania as a PSA to educate others on the topics of ageism and elder abuse. Allegedly they found the film to be too edgy and disturbing and it was shelved and never released because of course, they did. It was filmed over three days on a budget of 37,000 dollars, proving once again you don’t need a lot of money to make an effective horror film. It is thanks to the George A. Romero Foundation that the film was found after believed to be lost forever. 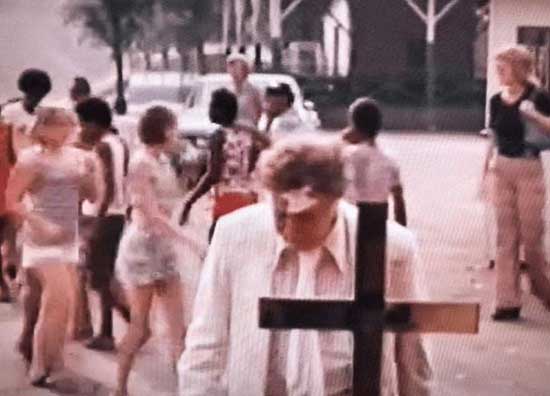 The film centers around a sweet kindly old man (Lincoln Maazel) who desires to have a fun day out at an unnamed amusement park. What starts as a hopeful fun day of wonder and enjoyment slowly descends into a nightmare of abuse, torment, and neglect as the old man finds himself in a constant state of panic and fear. From the start of the film, it becomes clear that this is no ordinary amusement park, my reading of it is the park represents society itself and how cruel it can be. 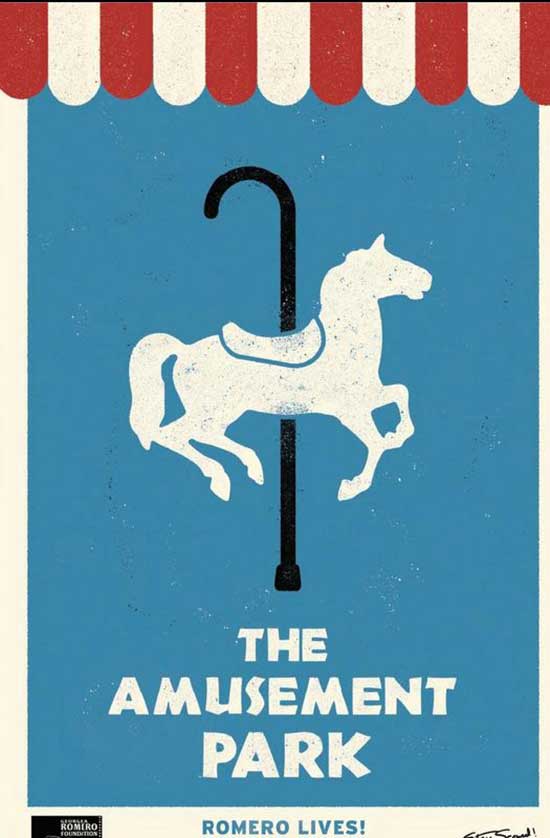 The old man and other seniors in the park are second-class citizens in the park. They are not permitted on certain rides, they are constantly being pushed aside and even attacked by employees of the park and its patrons, and if they ask for help? Their pleas go ignored and unanswered. The constant state of terror the old man is in is only made worse when the film teases an act of kindness shown to him, only to be snuffed out seconds later. Romero is being very clear in this with his writing and direction that society takes advantage of its elderly or shoves them aside so it doesn’t have to deal with them. 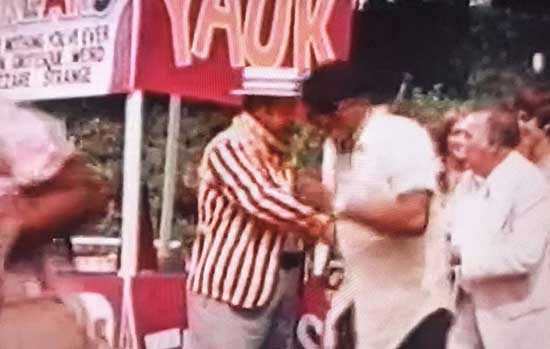 This concept has been made more terrifying by the COVID pandemic as we found out that so many in society couldn’t do the bare minimum to protect our most vulnerable people. My favorite scene of the film is so effective because it illustrates Romero’s great social commentary on class. In the scene the old man stops at a food stand for lunch, he doesn’t have much money and only can get a modest meal. At the table next to him is a very wealthy elderly man. He has two waiters catering to his every desire and he is drinking champagne and eating lobster. 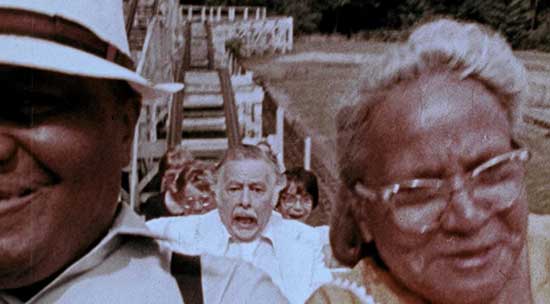 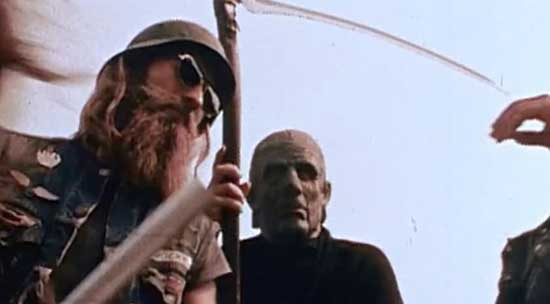 He is rude, entitled, and cruel, even demanding to have his table turned so he doesn’t have to see the protagonist while he eats. While this is going on others seniors are looking on and looking very hungry. The old man looks to them and the rich elderly man as if to see, “Can you believe this jerk?’ The other seniors swarm on the old man and steal and begin to fight over his food as the rich old man looks on. It’s very obvious was Romero saying but still effective. The wealthy and powerful in society stay in power by pitting us all against each other, instead of fighting them, we fight each other for scraps.

By the end of the film, I felt exhausted and sad by what I had seen, and I think that’s how I was supposed to feel. Romero was always trying to say something in his films, and this one’s message is obvious but important, take care of your elderly and listen to them. The Amusement Park can best be described as a 53-minute anxiety attack that tackles an important issue. A disclaimer before seeing this film, it might make you think twice about going outside