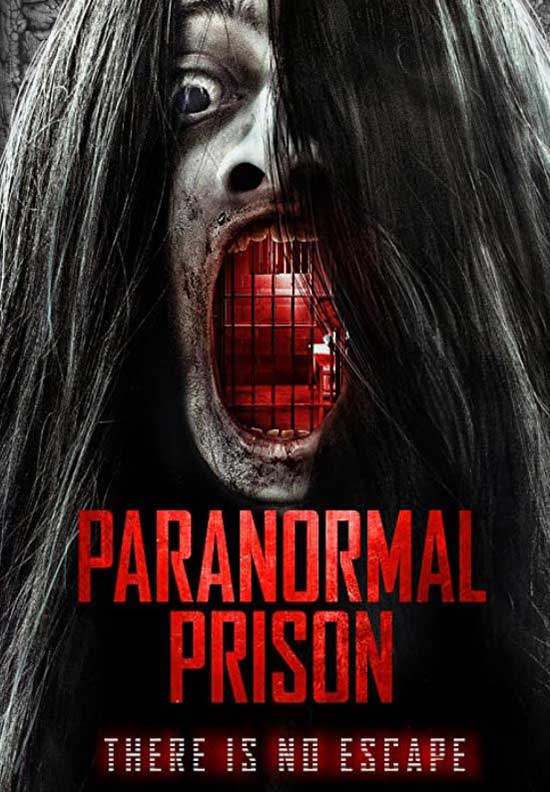 A paranormal investigation YouTube channel is getting ready to shut down if they don’t have a video that goes viral in time. In this last ditch attempt, a long-time mystery is solved.

It’s probably fair to say at this point, that the ‘found footage’ genre has pretty much played itself out; franchises like the Paranormal Activity series have come, gone and all but slipped into irrelevance, audiences seeming to care a little bit less with each successive entry. One of the biggest stumbling blocks the sub-genre has struggled with, is having a plausible setup for the characters to act in the way they do – there are only so many times we can watch a bunch of frightened teens, running around in the dark while filming themselves on hand-held cameras using green night vision filters, and screaming occasionally into camera (Blair Witch-style snot bubbles optional). And all the while expecting the audience to believe that, instead of running in terror from the testicle-ripping monster behind them, they would blithely carry on filming everything. 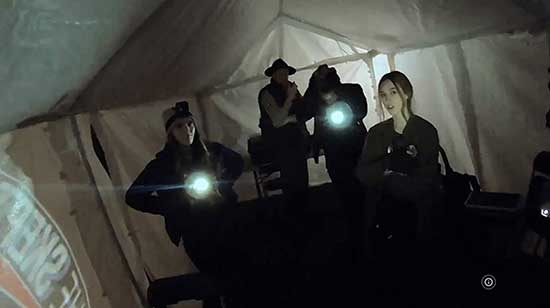 This is where 2021’s Paranormal Prison, directed by Brian Jagger and co-written by Jagger and Randall Reese, tries to do something a little bit different. It’s actually presented as a riff on the many – and almost universally – lame so-called ‘reality’ supernatural shows that have cropped up on TV in recent years; I’m sure you know the kind of thing, whereby a group of presenters walk around in the dark while investigating some paranormal event, and tell us every thirty seconds how terrified they are (if you’re not familiar South Park pretty much assassinated these shows in a past episode, give that a watch). Clocking in at a brief hour and ten minutes, is Paranormal Act – sorry, force of habit – Prison worth your viewing time?

Prison follows a four-person amateur crew as they film supposed supernatural encounters in order to broadcast them on their YouTube channel, ‘The Skeptic and the Scientist’. Taking the central role is trust-funded Matthew (Todd Haberkorn), a lifelong skeptic of all things paranormal; his counterpart – the ‘scientist’ – is Sara (Paris Warner). Rounding out the ensemble are assistant Ashley (Corynn Treadwell) and cameraman Jacob (Brian Tellestai). Right from the start, Paranormal Prison goes to great lengths to explain everything; Sara’s role for instance is primarily to explain to the audience the numerous sub-Ghostbusters electronic spook-detecting equipment with flashing lights they cart around with them. 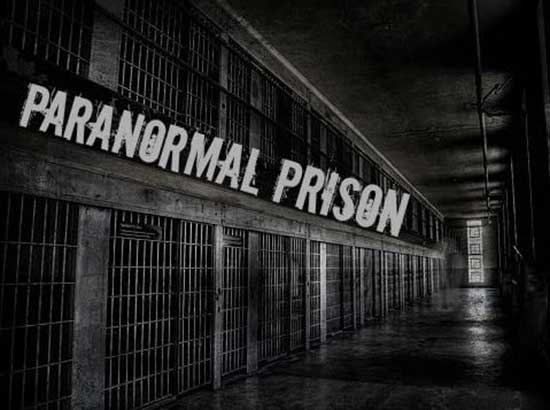 The story centres around an abandoned prison complex in the Idaho desert; supposedly the scene of various riots, executions and home to numerous serial killers, the penitentiary has supposedly been closed due to its state of disrepair. However, many people claim that it’s actually been shuttered due to alarming paranormal events that have taken place within the thick concrete walls. Apparently every attempt that’s been made to film these events, has resulted in the footage mysteriously wiping itself once taken out of the prison grounds. Convenient…. 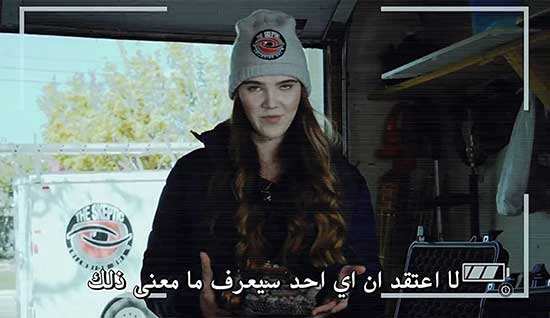 Cue our bunch of amateur ghost hunters, who have the privilege of being the last people allowed to film within the prison. The most notorious inhabitant was one Mary Beth Flake, wealthy daughter of a construction tycoon with a penchant for red roses. Idaho’s only female serial killer, the story goes that Flake went on a killing spree after the death of her father, supposedly at the hands of her new husband in a bid to get his hands on her inheritance. Matthew and crew arrive at the forbidding prison to be greeted by park ranger Shtog, a colourful character with a wealth of knowledge about the building, who proceeds to serve as their guide for the night as they investigate the lonely corridors. 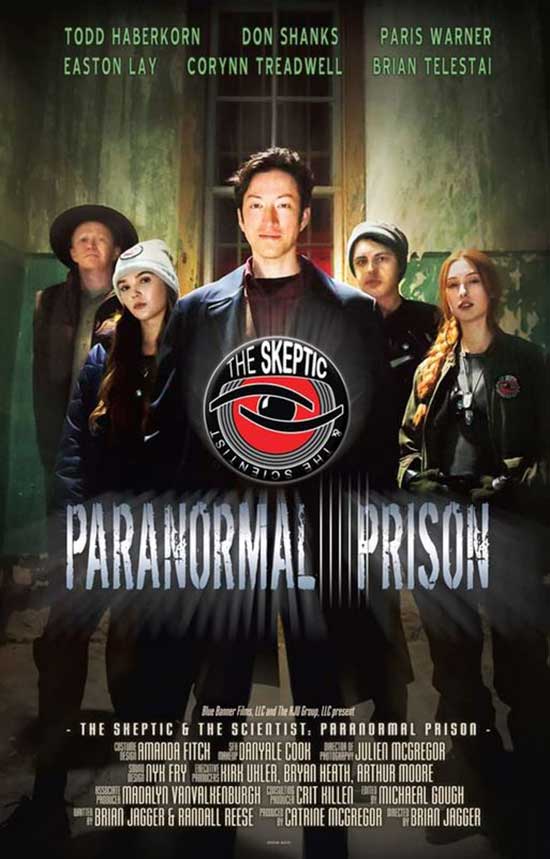 So far the tone of the movie is very jovial; Easton Lay as Shtog is particularly amusing, playing Shtog with a knowing wink. The prison itself is the star of the show though, proving to be a bleak and sinister presence all of its own. It’s a shame then that, other than truck loads of exposition, very little happens in the first fifty or so minutes of this short movie. A good five minutes is devoted to the back story of Ashley’s doomed ex, a fellow army mobile radar unit operator – a bit of a stretch seeing as Ashley herself looks to be about seventeen. Clichés start to pop up, most notably the addition of background music which feels at odds with the supposed live/reality vibe of the footage; the ‘REC’ logo appearing on screen to let us know we’re filming; and also the old ‘creepy figure standing with back to camera and arms at sides’ – damn you Blair Witch!!

Paranormal Prison is one of those movies that has a list of component parts that should in theory be scary and unsettling; unfortunately it has no idea how to make these parts come together on screen, and there is no atmosphere of fear or menace to be seen. Perhaps the worst sin is the supposed ‘twist’ reserved for the last few minutes, Sixth Sense-style; anyone who has even the vaguest awareness of how horror movies work will have twigged this within the first few scenes. 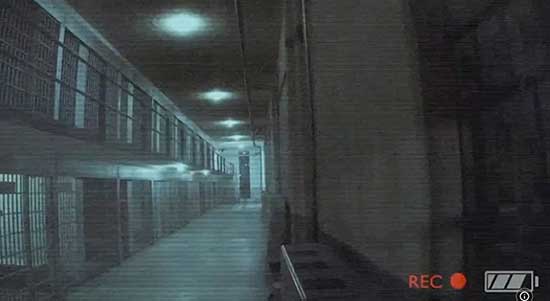 This is a bit of a shame, as the cast are all actually really rather good; they all strike the knowing tone that this kind of movie needs, without going over the top into parody. There’s a lot of humour to be found, which is fine when it’s used to balance the shocks; unfortunately Paranormal Prison has precious few of those in its arsenal, so the humour falls a bit flat. It does deserve some credit for using the prison setting to good effect, and also for giving the tired genre a bit of a tweak though.