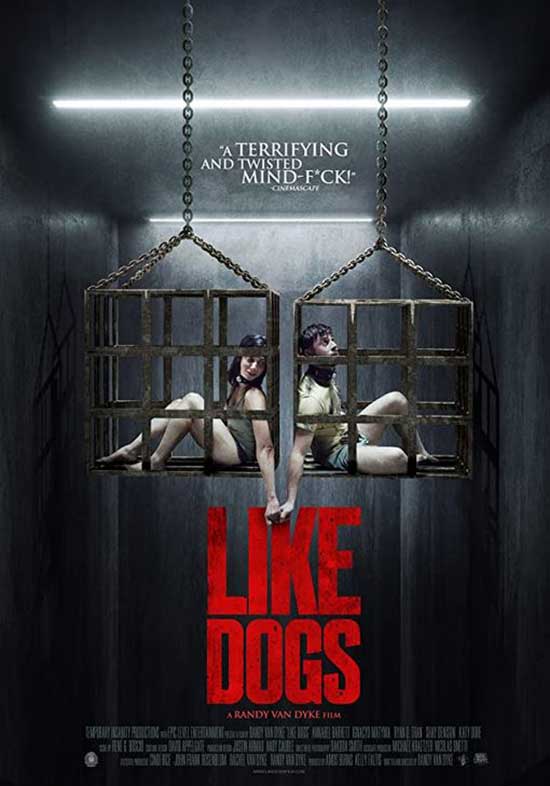 A behavioral experiment treating humans like animals goes awry when a University Student manipulates the research with deadly results.

What if you were chained and literally treated like a dog? What would your reaction be? Writer and director Randy Van Dyke brings forth his first horror feature film “Like Dogs” as he puts this anxiety-inducing dilemma to the test. 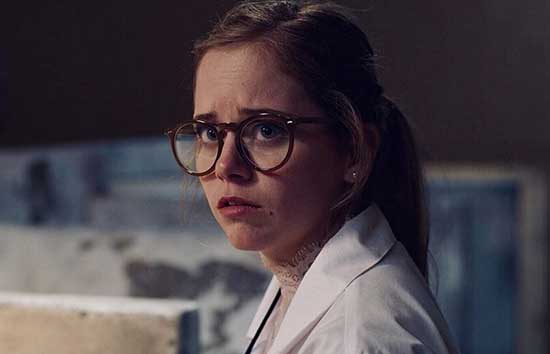 Lisa (Annabel Barrett) is kidnapped and thrown into a van. Between two losses of consciousness, she notices that she is handcuffed to what looks like a hospital bed that is being wheeled down a mysterious hall by individuals donning full-body hazmat suits. The next time she awakens, a collar is locked around her neck and chained to a wall as she finds herself in an enclosed area amidst a much larger one, confined to a mattress on the ground. Fully concealed and rude strangers come deliver dog food on a plate, periodically, and literally talk to her like a dog when she “misbehaves”. Luckily for her sanity, after a few days, a man named Adam (Ignacio Matynia) is also chained nearby and a relationship and escape plan develops. Who is conducting this experiment on them and will they manage to break free?

A dark tone is set right from the get-go as Lisa’s kidnapping occurs literally within the first thirty seconds of the film. We don’t discover her background, any details of her life or why this is occurring. Sometimes, it helps to gain sympathy from the audience when we get attached to the protagonist, but sometimes, it’s also nice to be thrown right into the problematic from the start. Unfortunately, starting off strong and fizzing out into oblivion seems to be “Like Dogs” in a nutshell.

For instance, the soundtrack gives off an eerie and stressful vibe in the first half of the movie, yet becomes overused and redundant as the minutes tick by. The acting is decent in the beginning, mainly focusing on Annabel Barrett’s leading performance, yet becomes mechanical and inconsistent when more mask-less characters are added to the mix. Even the storyline gets very interesting early on in the film, as surprising and unpredictable twists of fate arise in addition to intriguing details being vaguely left up in the air purposefully. However, the script remains too vague for too long and that missing information becomes confusing and frustrating for the viewers.

Dialogue also seems a little hard-to-believe at times. In the very first scenes, when Lisa is being wheeled down the hall (mentioned above), she cries out, among other things: “Who are you guys?!” to which one of the masked perpetrators calls out to one of his “colleagues”: “Watch out; we’re gonna have our hands full with this one.” Huh? Are you telling us that most of the other victims kidnapped before Lisa just didn’t question anything, never put up a fight, and just shrugged the whole thing off? Come on…

Things just continue to fade out into indifference as one of the antagonists lacks credibility and we never truly root for any character. No emotional connection, whether positive or negative, transfers through the screen for the audience in regards to any character, which makes the experience quite bland. In addition to this, without spoiling anything, the plot unveils a rather shallow motivation that’ll most likely make you roll your eyes into the back of your head. 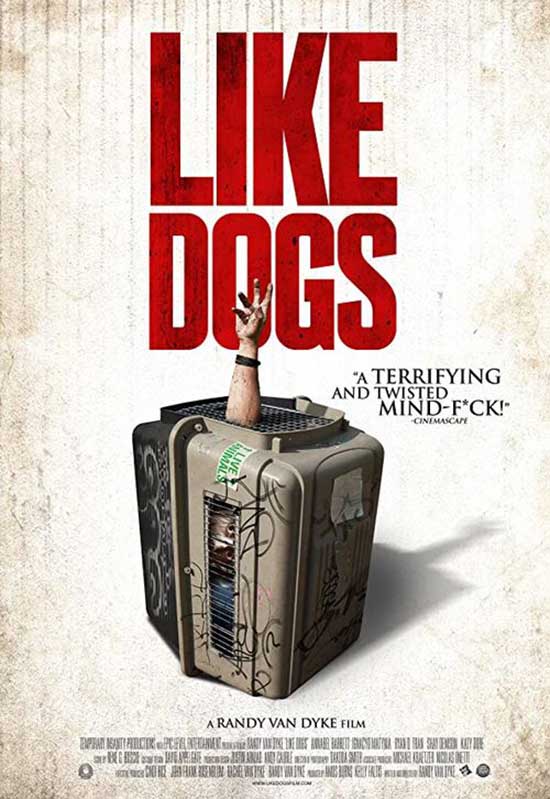 “Like Dogs” isn’t a complete waste of time, as Annabel Barrett’s performance is quite entertaining (it’s not her fault the script had potential, then fell into nothingness). There is also one visually appealing gory scene that is sure to make you say: “Nice!”, but sadly, Randy Van Dyke’s film, set to be released some time in 2021, doesn’t receive passing grades and has a score of 5/10 attributed to it.