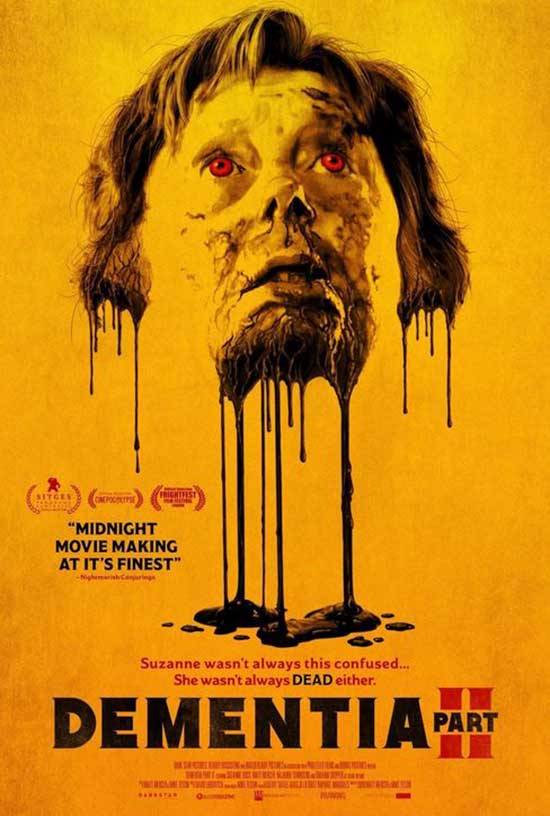 Wendell (Matt Mercer) receives a threatening phone call from his parole officer Reggie (Graham Skipper) … if he doesn’t find a job immediately, he will face serious legal repercussions.  Wendell wrangles some home maintenance work for a seemingly benign older woman, Suzanne (Suzanne Voss), who persists in giving him increasingly absurd tasks to complete around the house.  As the workday progresses, Wendell is thrown into an ever-escalating nightmare, and comes face to face with an unexpected evil.  Suzanne hides a dark secret.  And it’s up to Wendell and Suzanne’s daughter, Sheila (Najarra Townsend) to put an end to her madness.

Wendell (Matt Mercer) is snoozing, wakes up, munches on some leftover Chinese food, turns the TV on for a second or two (Night of the Living Dead is playing! It’s awesome) … He receives a phone call from his parole officer Reggie (Graham Skipper, we love Graham), and Reggie wants proof of employment.

This is a beautiful wholesome gross fest that I’m living for.

Wendell gets a job courtesy of a temp agency. Wendell heads over to the house to start his job. We meet Suzanne Goldblum. She answers the door and invites Wendell inside. He has to come inside to do the job.

The music plays to introduce the film and it sounds like a mesh of Hitchcock and Romero films and it’s BEAUTIFUL.

Suzanne makes Wendell some tea and tells Wendell about her husband Harold and the tragedy of Y2K, (did we all really think everything was going to just shut down?) Harold was attacked in a hunting accident; you need to watch the movie to fully appreciate what bit Harold.

Suzanne takes Wendell in to Harold’s “play room” and she has a job for him. She also keeps forgetting who Wendell is. Suzanne has Wendell doing all sorts of mundane tasks. (I feel like, Wendell is going to wind up in Suzanne’s basement?!) For every task Suzanne’s behind him with money.

Matt Mercer is hilarious as Wendell. The movie is shot in black and white. Suzanne calls him Wilson and all sorts of names. She wants to dance and relive some moments in life.

Suzanne has a bad episode and throws him out and he forgets his tools so he has to get back inside. The special effects and make-up effects stand out in the film.

Wendell finds Suzanne after she disappears. She was being quite feisty and she thought Wendell was Harold. Suzanne is puking her guts out. Wendell… Oh, Wendell… He winds up helping Suzanne, and Wendell is hallucinating or whatever Suzanne spit on him, he’s feeling the effects.

Dementia II is just as trippy and wild as the fever dream hallucinations that Wendell is having. Cathy Tuttle is the voice of the Squirrel. I thought I should throw that in there. Suzanne is reminiscing about Harold, dancing, and wants Wendell to be her Harold. 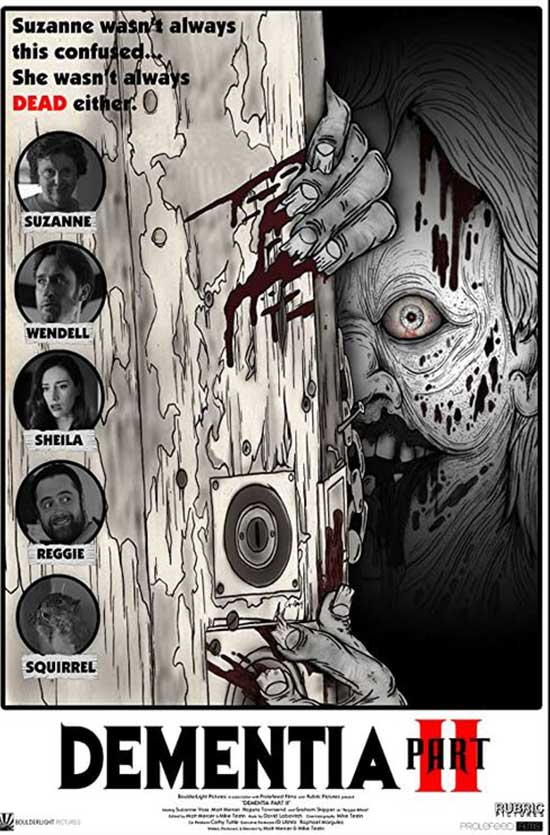 Suzanne is trying everything to get Wendell to stay but he’s had enough, and he wants out. She’s spitting out more blood, oh no. Sheila decides to tell Wendell that “something happens to her at dusk”. Now she tells him and there is a knock, knock at the door. It’s Graham Skipper! He’s playing Reggie.

Graham and Matt’s interaction is great. Reggie is being obnoxious and he wants a pee test. Sheila decides to help Wendell out. Dementia II is clever with just the right amount of creepy. Meanwhile, in the bathroom, there is a problem. Wendell already has so much going on with Suzanne and Reggie showed up, Sheila’s trying to be helpful. 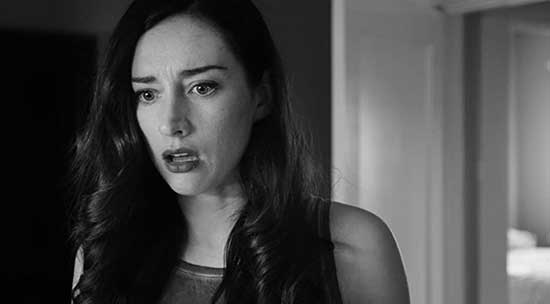 The movie is such a hug to George Romero. Matt and Mike did a great job with Dementia II. You have to watch the credits. I would recommend checking out Dementia II.