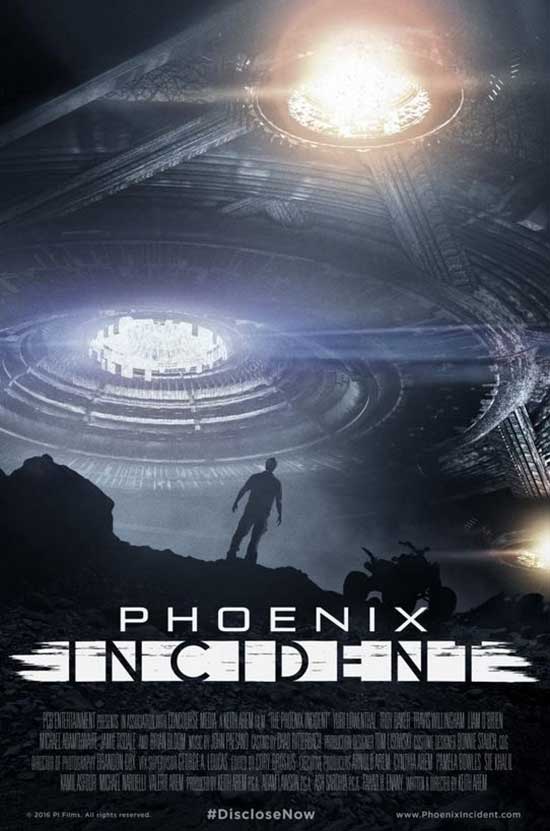 Blurring the line between fiction and reality, the fact-based, sci-fi thriller revolves around a military conspiracy and the controversial missing persons case surrounding the infamous Phoenix Lights.

Science fiction and found footage horror – two genres that would seem to be ideal bedfellows at first glance. While the latter has been often criticised over the years, and seems to be on the wane more recently, there have been several attempts to combine the two styles with, it’s fair to say, very mixed results.

2015’s The Phoenix Incident is one such genre-hopping entity; written and directed by Keith Arem and based on supposedly true events, the movie clocks in at a fairly brief hour and twenty two minutes. The real-life events in question – unsurprisingly referred to as the Phoenix Incident, or more specifically the Phoenix Lights – occurred on Thursday 13th March 1997. Between 7:30pm and 10:30pm that night, it was reported that literally hundreds of people claimed to have witnessed an extraordinary and seemingly otherworldly display of lights in the night sky, ranging over an area of three hundred miles from the Nevada state line, via Phoenix, and over to the border of Tucson. 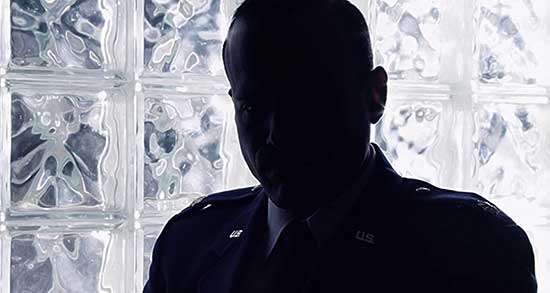 Arem’s version of events opens with a fairly standard text intro, which serves to inform us that the movie we’re about to see is based on true events; grainy military footage (shot in the trusty found footage standard green and black night vision filter) in first Turkey and then Syria, tells us that fifty seven separate incidents of extra terrestrial activity across Asia, Europe and Russia have been recorded; and that the military expect alien contact to reach populated areas in the very near future.

We next cut to the day of the ‘Phoenix Incident’, March 13th 1997 – and meet the four men who supposedly vanished without trace in the Estrella mountains in Phoenix. Their disappearance, as the movie would have us believe, has remained unsolved; until now. The four are Glenn Lauder (Yuri Lowenthal), Mitch Adams (Travis Willingham), Ryan Stone (Troy Baker) and Jacob Reynolds (Liam O’Brien); ex-military types rushing through the desert on quad bikes in search of dude bro thrills.

The movie also informs us that a local ‘person of interest’, one Walton Gayson, was arrested at the time for the murder of all four. Although he has always protested his innocence he does claim to know what really happened on the fateful night in question. The disappearance of the four men is officially listed as a bear attack; but sinister tales begin to emerge of extraterrestrial craft appearing in Earth’s airspace, ostensibly to test how good our defence capabilities are in advance of an invasion. From here on the movie is split between flashback sequences of the events in March 1997, and present day footage of various ‘talking heads’ giving us their take on those events – including an anonymous USAF whistle-blower who wants the truth about shadowy government and military conspiracies to be known.

The 1997 footage of the ill-fated four is entirely shot from a found footage perspective; although for once this is actually done in a pretty convincing way, the majority being filmed from the viewpoint of the cameras they have attached to their quad bikes to capture their adventures in the desert. There are also a few sequences shown of security camera footage, but this isn’t too jarring. 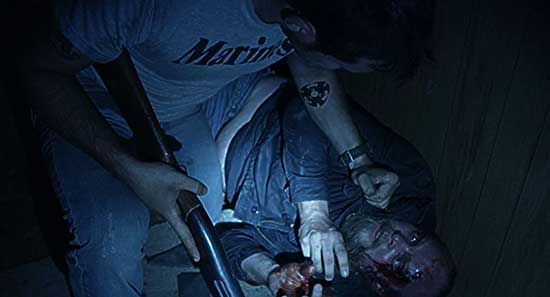 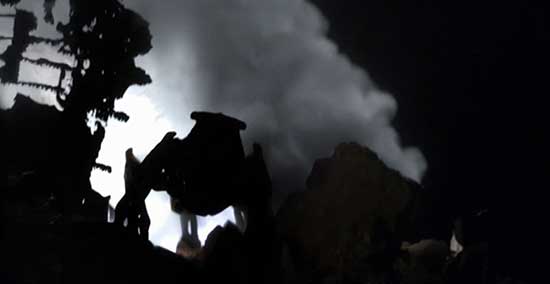 So far the movie actually has quite an intriguing build up, increasing tension subtly without resorting to the typical found footage jump scares. There are some good scenes in the night time desert, making effective use of the eerie torchlit scenery. While some of the ancillary character actors’ performances are a little stilted, the performances of the four leads are all fine, if hardly Oscar bait. And one aspect of the film that actually shines is the sound – hardly surprising given Arem’s extensive background in video game sound design. 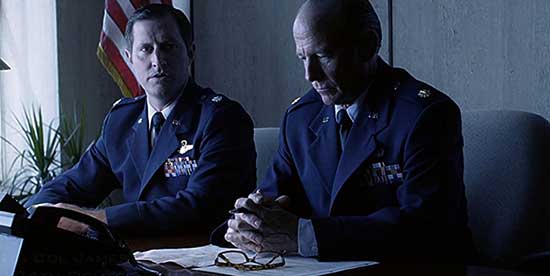 It’s a shame then that in the end The Phoenix Incident ultimately falls into the same tired habits of most found footage movies; once the action starts everything becomes a generic blur of shaky-cam punctuated by random screaming and shouting in the darkness. Logic goes out of the window about two thirds of the way through as well; how often have we seen incredibly advanced alien spacecraft invade Earth, able to run rings around the best pilots the USAF has to offer in their F15s – only to find out the alien pilots are generic space cockroaches who appear to have the intellect of the average shoe. It’s akin to a hybrid of better movies like Starship Troopers, Aliens, Cloverfield, The Blair Witch Project and even Lifeforce, filtered through a found footage lens. Worst of all it’s simply not scary – perhaps one for found footage completists only.