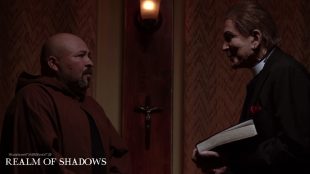 Todd plays Fr. Dudley, a long time Catholic priest, dedicated to his profession. Fr. Dudley must watch out for his close friend Robby Duray, played by Drain, during a testing time in Robby’s life. He also takes on the volatile task of taming Robby’s diabolic alter ego, and steer him away from the snares of Satan. Cassandra, played by Ghaffari is the alluring and mysterious muse of Master Makin…the mysterious owner of the haunted vault near Strain City’s infamous cemetery and narrator of the shadows for our feature presentation. There is tension between her and her acolyte Corey, played by Denise Gurule (Investigation Discovery’s House of Horrors: Kidnapped). also starring Erika Monet Butters, CJ Dunning, Lauren Mayhew, Gregg Stone, Caustic Scifidelic, Brittany Murata and Tony Tucci. Drain and Robert Beiber wrote the screenplay. Drain is the film’s director. “We are excited for the debut of horror film series Realm of Shadows, and for the audience to experience Tony Todd’s tour de force performance as Catholic priest Fr. Dudley. A character that continues on in the upcoming controversial Dead Rose film trilogy!,” said Drain. 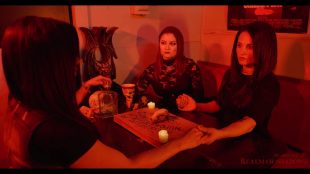 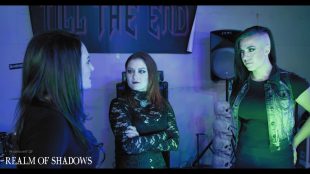 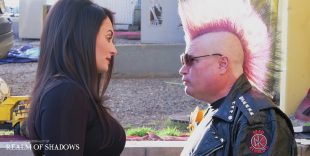