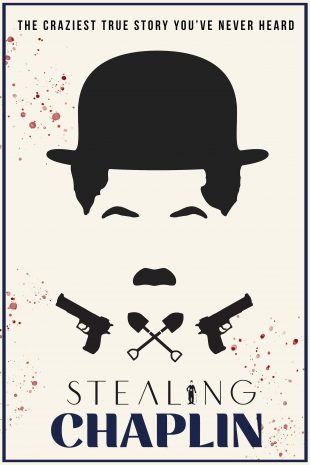 High Octane Pictures diabolical dark comedy “Stealing Chaplin,” is available for audiences on all TVOD/Digital platforms and on DVD across the North American continent now. “Stealing Chaplin” is quirky but captivating, and a performance driven wickedly eccentric comedic ride from prolific British director Paul Tanter (“The Nights Before Christmas,” “Dystopia,” and “Kill Ratio,” among other titles) and co-written by the films stars Simon Phillips (“Age of the Living Dead, “ No Easy Days”), and Doug Phillips (“Not All Who Wander,” “Butchers”) under their Dystopian Films banner with fellow producer Ken Bressers (“The Nights Before Christmas,” “The United Nations of Horror”). A stylistic half-sibling to The Coen Brothers and Martin McDonagh, this film appeals to much of the same vast audiences who turned “Fargo,” “In Burges,” “The Big Lebowski,” “Mindhunter,” and “It’s a Mad Mad Mad Mad World,” into massively successful cult classics with a dark comedy inspired by a true story about two brothers who dig up and steal the corpse of Charlie Chaplin. Filmed on the legendary strip, Freemont Street and the 27 acre ranch of Mr. Las Vegas Himself Wayne Newton, the film honors the spirit of Las Vegas in true cinematic fashion. We greatly appreciate your what’s streaming, review and interview consideration for this wild cinematic ride!

The film stars Simon Phillips (“Age of the Living Dead, “ No Easy Days”), Doug Phillips (“Not All Who Wander,” “Butchers”), Al Sapienza (“The Sopranos,” “House of Cards,” “Suits”), Peter Woodward (“The Patriot,” “National Treasure: Book of Secrets,” “Babylon“), Ken Bressers (“The Nights Before Christmas,” “The United Nations of Horror”), Anne-Carolyn Binette (“Age of The Living Dead,” “The Scarlet Vultures,” “Butchers”), Liliana Vargas (“Make Mo Money,” “Sara Did It”), the cinematic debut of Bianca Katz, and Mr. Las Vegas Himself Wayne Newton. Inspired by real events, two Las Vegas based con men dig up and steal the corpse of comedian Charlie Chaplin in order to ransom it. With the theft gaining the world’s attention and the reward rising daily, soon every local lowlife, criminal and dirty cop wants a piece of the action.We are thrilled to also offer our cast and filmmakers for interview consideration and we would love to have you consider this incredible dark comedy for interview, review and what’s streaming coverage. 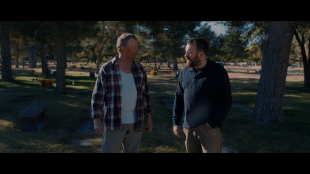 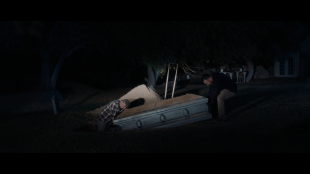