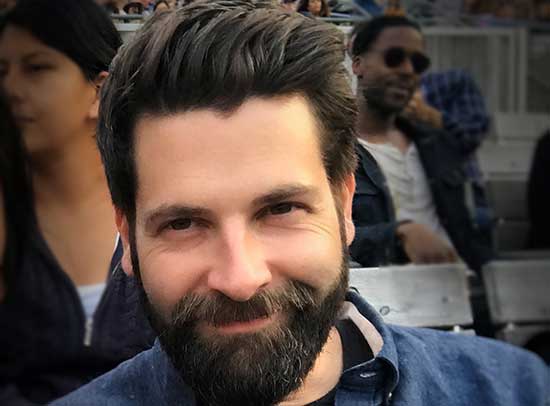 It was so great to talk to Director/writer, Ryan Spindell (50 States of Fright, Two Sentence Horror Stories, The Babysitter Murders (Short). Ryan’s new film, The Mortuary Collection is fantastic. Check out the exclusive interview for Horrornews.net

Set in the phantasmagorical town of Raven’s End, nothing is as it seems…. In THE MORTUARY COLLECTION, a misguided young girl takes refuge in a decrepit old mortuary. There she meets Montgomery Dark, an eccentric undertaker with more than a few skeletons in his closet. Montgomery chronicles the strange history of the town through a series of twisted tales, each more terrifying than the last, but the young girl’s world is unhinged when she discovers that the final story…is her own. 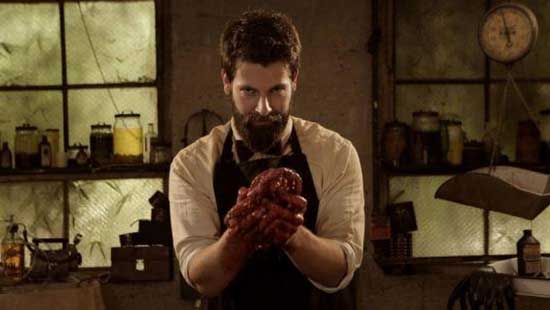 Hi Ryan, I’m so happy I get to talk with you. I really loved The Mortuary Collection. I think this is a movie that I wish I could say I grew up watching this movie. I would have watched this over and over as a kid and now I can watch it now.

Ryan- Oh my god, that is the highest compliment you can give. I remember when I set out to make this, the intention behind it was I want to make a movie a movie like Creepshow that I watched on repeat as a child, and it scared the shit out of me every time. It was the gateway to horror for me.

That’s awesome. I know my kid-self is so happy right now. I would have been watching this every night. 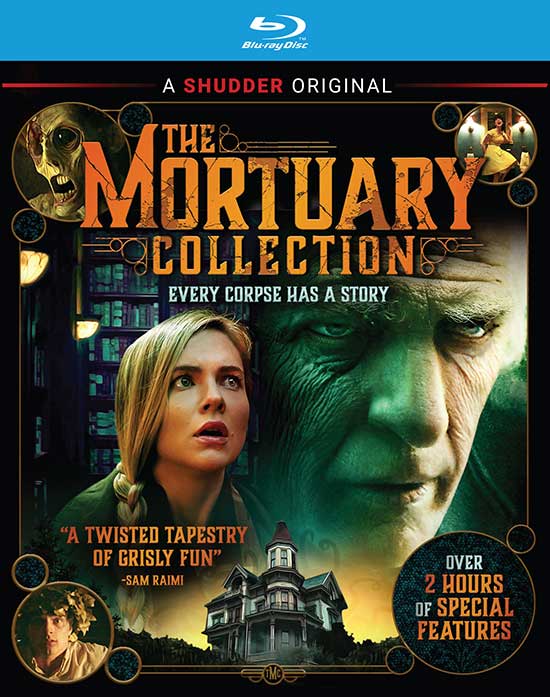 What was it like working with Clancy Brown and this amazing cast? How did you prepare everyone and how did this idea manifest for you?

Ryan- He’s the best isn’t he. It was a tricky project to put together. My background is art and design. I had made several short films in the past. I was comfortable making those films because I was able to infuse everything I love in short films. When the concept came up about doing a horror anthology, it seemed like an easy process. It’s one of my favorite sub-genres of horror. I said, all I have to do is make five short films but what I didn’t take in to consideration was that I’m making five short films at the same time. The logistics of having new locations, new sets, new actors, new challenges, and the creative challenges of balancing these stories in my head and these character evolutions. That sort of thing was incredibly difficult. I kind of got first-hand knowledge of why these kinds of movies don’t really exist on a regular basis.

That is crazy. It’s a lot to take on. The house was insane. Was that an actual house or a set? I kind of want to live there.

Ryan- I know, me too. I guess I kind of did live there for a little while. So, the mortuary is a house, it’s a museum that exists up in Astoria, Oregon. It’s one of the oldest mansions in town. All the rooms are dressed as they would have been when people lived in the house. As far as the architecture, the structure, the beautiful molding, and the super high ceilings. That was all there, but then transforming it into a horror-fantasy version of a surreal mortuary was basically a complete makeover of every single room. We transformed the dining room in to the embalming room. My art team killed themselves bringing this elevated look to life. It’s stunning.

Do you think you would do a sequel or something like The Mortuary Collection?

Ryan- I would love to do another one. I will forever be a fan of short form horror. I will always be drawn to it. A sequel to this is definitely something I’d love to tackle.

I think every bit of The Mortuary Collection is so much fun. How do you prepare for a project like this?

Ryan- I keep several sketch books, and I like to sketch the sets. I storyboard everything. I go through an exhaustive process of planning because, with a film as complicated as this and such a limited schedule, and budget you don’t have the opportunity to explore. You have to show up and execute, which means the actors have to bring their A-game. We don’t get multiple takes and lots of cameras.

What do you want to say to the people that will be watching The Mortuary Collection?

Ryan- I want more people to be aware of how wonderful short form horror can be. Short stories are a beautiful thing but of all the genres, horror has some of the most amazing stories, they should be told in small slices. I’m so excited about the Blu-ray release. We have been shooting this movie for about six or seven years now. We have been shooting behind the scenes the entire time. We have thirteen or fourteen hours of behind-the-scenes footage that shows how we pulled everything off, all the way down to the tiniest detail. I’m really excited for people to see that.

I’m so excited for that. Will you be doing any commentary?

Ryan- Yes there is a full director’s commentary on the Blu-Ray. We went all out.

I’m so excited. Thank you so much Ryan. It was awesome to talk with you. The Mortuary Collection was amazing.

Ryan- Thank you so much.