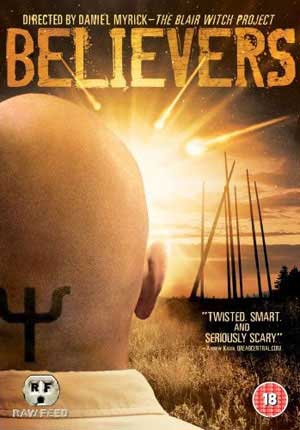 When paramedics David (Johnny Messner) and Victor (Jon Huertas) respond to a call from a girl who says her mother passed out, they find themselves thrust into a nightmare in this creepy spine-chiller helmed by The Blair Witch Project’s co-director Daniel Myrick. Held captive by members of a strange cult, the two try to decipher the secret symbols and bizarre goings-on that point to a deadly plan the sect has in store for them — and humanity.

Belief is a funny thing, either you believe or you don’t. It is very hard to change what a person believes, as they come not with opened mind but walls of steel protecting them. I have friends who believe in god and others who don’t and nothing I will ever say will make them look at it a different way. If someone were to tell you that the world would end tomorrow and to live you had to follow the words of the teacher would you follow him? Would the fact that their belief system was rooted in math make any difference to you? Would you be looking for the Kool-Aid and hoping you could fake drinking it?

“Believers” asks that you much like the characters of the paramedics Vic and Dave believe that being taken underground and shown the “truth” of the teacher was a good thing. The Quanta Group are leaving the earth before it ends in fire and they want to take you with them, well as long as you believe. They will do what they need to make you believe brainwash you with words, torture and/or sex but it’s for your own good. Escape is useless, because the world will end anyway. If everyone around you believed that the world was ending, would you? Would you have the faith to continue to believe what your faith tells you, if you were alone in thinking it? The movie will seem pretty cut and dry but it is not as simple as the story first appears. The cult may seem evil and the heroes seem right but the world is often more about shades of gray. This movie had me thinking about it for weeks after. 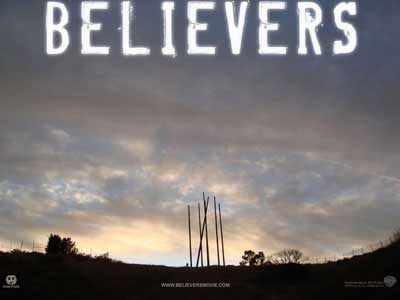 – The lead characters seems real.
– The strange sex scene with the teacher doing a puppet master on – – – The woman who seduces one of the paramedics. It’s just creepy.
– The end of the movie, it packs a punch.
– The torture scene, a car battery should never, never be used that way. 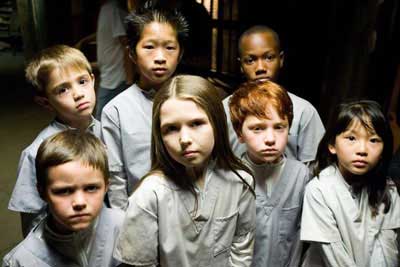 – One of the paramedics is much too easy to be made to believe, was that “zombie” sex that good?
– The followers are too thug like, this is the cream of the crop of the human race?
– The teacher seems rather charmless to be leading a cult

If you like a movie that makes you think, pick up a copy of the “Believers” and watch it all night and wait for the dawn to come, if it does. I would make some popcorn and enjoy it with extra, extra butter. I give it 4 stars out of 5. It was released by Rawfeed and you can find it on Amazon.com.