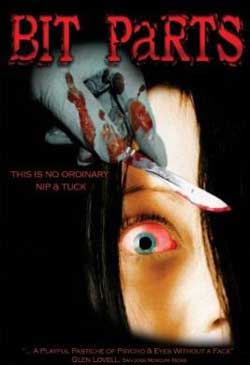 Dr. Cranston is a successful plastic surgeon in Los Angeles until his daughter is horribly disfigured in a car accident that he caused. To ease his remorse, he tirelessly labors to replace the mangled features of his sweet Maggie. Wanting his daughter to be perfect, Dr. Cranston seeks women with the “perfect nose,” “perfect eyes” or “perfect breasts” for his daughter. Seeking stardom, Melissa runs away from home once again to audition with her “perfect lips”. Big sister, Brenda rushes to Hollywood in search of Melissa and enlists the help of a local cab driver and wannabe actor, Bobby. But the pair discover that this time Melissa is in much more trouble than they realized.

QUICK FIX:
Super-duper nut job Dr. Cranston, a Los Angeles plastic surgeon, poses as a movie producer to lure beautiful young aspiring actresses back to his secret lair in order to remove their best features and transplant them onto his daughter whom he accidentally disfigured in a car accident years before, to give her that “perfect” look again. But when Melissa goes missing on her first day in Hollywood, it’s up to big sis Brenda and tag-along cabbie/wannabe actor Bobby to find her before she loses her head (or her eyes, lips, nose…you get the idea). What does this make me wanna do? Why, it makes me wanna sing…

RAMBLINGS:
So, tell me what you don’t like about yourself. Ok, first off, no – this flick is not a NIP/TUCK rip off. I’ve just been waiting a very long time to do that, and finally now with an unstable plastic surgeon flick, my time has come. It was well worth the wait. Hope you enjoyed it as much as I did. Anyways, I’ll tell you what this flick is – pretty damned funny, bloody, and certainly entertaining. If I had to describe the elements of BIT PARTS to narrow it down for you, the reader, the rabid horror hound, to see if you would be interested in this movie in three
comparisons or less, I’d break it down like this:

Say if one night DEAD & BURIED went to a rough biker bar where it met up with FRANKENHOOKER, and they went to a cheap & sleazy motel and had a tequila and cocaine-fueled three-way with DR. GIGGLES…yeah, that would pretty much sum it up.

On the acting front, Molly Fix is not only entrancingly beautiful, but she’s quite the talented actress as well – same goes for her little sister in peril, played nicely by Sarah Gordon. Michelle Angel, well, she was hidden under bandages for most of the flick, but played the psycho daughter longing for her beauty to return like a pro. Director Dave Reda proves that not only can he direct an entertaining
horror film, but the man can act too, as the cabbie/actor Bobby who dives right in to help with the search for the missing Melissa. Very funny sh*t here – “I can do FBI – I was an extra on THE SHIELD!” Truly priceless!!! I’ve saved my favorite for last though – Christopher Page, as the nutbag Dr. Cranston. Call me crazy or call me late to dinner, but if he wasn’t the spitting f*cking image of SCTV’s Joe Flaherty, not only in looks, with his voice, facial expressions, etc, I’ll eat my hat right now. Many times I would swear that I was watching the General Raymond character from ONE CRAZY SUMMER, with just a tad of Larry Drake’s DR. GIGGLES portrayal thrown in. Awesome job all the way around!

LAST WORDS:
The more no-to-low budget horror flicks I get sent thanks to this reviewing gig, the more I realize that now more than ever, indie horror is where it’s at. It never ceases to amaze me what can be done with hardly any money at all when one has a good script and a talented crew, and BIT PARTS is a perfect example of this. It’s about as far from a shiny, polished Hollywood bag of sh*t like the remake of

THE HITCHER as you can get, and it proves once again that when horror flicks can be made by actual horror fans for horror fans instead of being green lit by a bunch of bean-counters in suits looking for the next big PG-13 hit, we get a much better quality of movie, no matter what the budget. This one most certainly is part of my Horror Library. You should check it out too, as this is one case where the whole most certainly is equal to the sum of its bit parts.