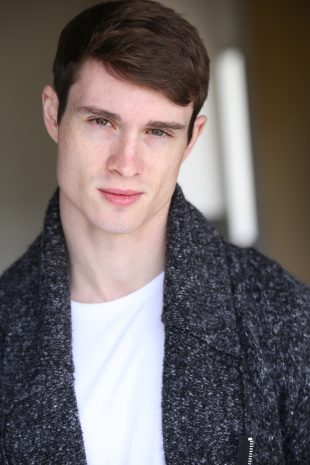 Sasha was 100% influential in attaching me to The Box. The script was extremely well written and that’s absolutely the best place to start any narrative art but Sasha’s passion and ambition for filmmaking was and still is undeniable. Having leadership and trust like that made me excited to contribute in any way possible.

2. Tell us a little about your character, Tyler Stevens?

Tyler Stevens is an odd case. Haha. He obviously has an intense focus towards his chosen career and lifestyle but in relentlessly placing it first, he isolates himself. He embodies an internal opposition that’s super relatable, especially for anyone that has tunnel vision towards a goal. Sasha included many beautiful moments to reflect that theme and most of the time, Tyler felt like a collection of identities rather than a singular personality.

3. How does Tyler differ from other characters that you’ve played?

My joke answer is that he actually lives throughout the film because almost all of my past roles have died. I have often played villains or (my favorite) anti-heroes; they usually don’t get the sunset ending. Honestly though, Tyler felt larger than any one individual and it was somewhat emotional to explore topics that directly address parts of the industry, familiar experiences, a specific struggle that other roles might not.

4. You have a background in Martial Arts. Is that discipline helpful in acting?

Thank you for this question. Martial arts has been a part of me for about 26 years and supports my artistic interests more than anything else apart from my family. I could talk for years about the subject, the discipline, the sport, etc. Overall it keeps me focused in balancing narrative gameplans and creative expression. I’m not an aggressively competitive person though I see a lot of similarities between collaborative arts and combative arts. Hopefully I can utilize more of that skill set in future films to tell meaningful stories. 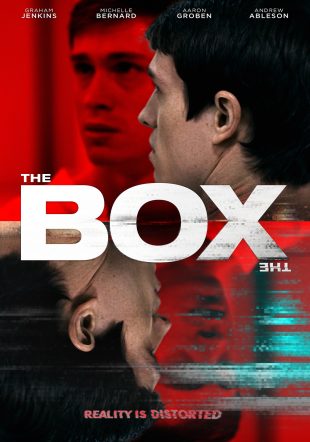 5. What was your most difficult scene? Why?

I would have to say that filming the audition scenes were the most difficult because they needed to be authentic for both the audience and for anyone familiar with that process. It felt like a multi-layered situation that went beyond naturally interacting with other actors. However, Sasha hired incredible actors and they all made every scene work fantastically.

6. How was it working with Sasha Sibley?

Working with Sasha was amazing. We (professionally) butted heads a few times throughout the shoot but it always came down to caring about the film and trying to authentically say the same thing from different perspectives. And that happens. He wore an unbelievable amount of hats on this project and there was never an easy scene to shoot, everything had weight, but he always had a vision for the end result. He answered all my questions, gave every moment a purpose, and that was absolutely brilliant to work opposite. If Sasha wants me to be a part of anything, any story in any capacity, I’m in.

7. What was your favorite day on set? Why?

I don’t have a specific day or scene to call my favorite but I loved shooting the madness of the mirrored house. I’m a physical person. I have found it easier to express myself that way more so than any other. A hug, a kiss, a scream. It was a pure experience to attack the house. Haha. And super challenging not to break anything! (I’m accident prone) It just felt fantastic to tell that part of Tyler’s story through action.

8. Who inspires your creativity?

Viggo Mortensen. As an actor he is a constant source of inspiration and focus for me, always adding warmth and intensity to every role, no matter its placement within the film. And I have to add Henry Rollins as well. The man is such a force of will and encouragement to improve oneself and surrounding community.

9. Name your top 3 horror films on all time?

The Thing (1982). Let the right one in (2008). Under the skin (2013). These are the ones that first come to mind and I know that Under the Skin isn’t technically classified as horror but the themes haunt my brain quite a bit. Haha. I’m a huge fan of anything action-horror but those stories are mostly kept to comics like Hellboy or video games like Castlevania, so when it comes to film the philosophical aspects of horror excite me.
This is such a simple but fantastic question. Haha. Horror is such an enormous genre and influences everything. Can I add the entire collection of Lynch and Cronenberg to my list? Haha. Dude, I hope I get to play a vampire someday.

10. What’s next for Graham Jenkins?

Absolutely anything and everything if I can get the opportunities. I adore so many filmmakers and genres and want to be a part of an endless list of worlds and ideas. I’m here for it all. 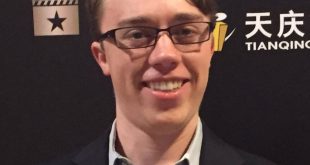 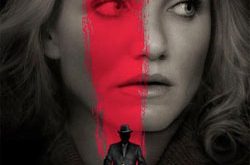