Sasha Sibley is a 22 year-old writer and filmmaker who has directed numerous short films and is currently in post production on his debut feature film, The Box. His achievements have been recognized at various film festivals, among them Dances With Films and WorldFestHouston (where he won a Platinum Remi-Award for his short film Thirteen). 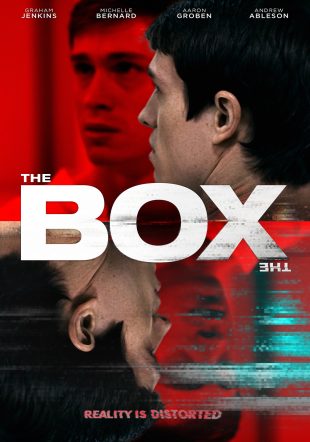 What made you want to get involved in the film industry?
When I was about five years old, I fell in love with movies. I was fascinated by the amazing worlds, characters, creatures and stories that were possible in cinema and I knew from a very young age that I wanted to be a movie director. All through my childhood and teen years I experimented with cameras and visual FX software. I would make little movies with my friends and post them online. Once I got a bit older, it was sort of a natural progression. There was really no question. I knew I wanted to continue on my path. I just sort of knew that as soon as I was done with high school, I would be going to Hollywood to try to do this job for real.

From script–to–screen, how close did this movie come to its original vision?
In terms of the tone and the overall mood of this film, it came extremely close to the original vision. That being said, the editing and production processes definitely changed the details along the way. A lot of things were cut, even entire scenes. Lines were changed, and in post-production there was a lot of trimming that took place. Some of the more complicated FX scenes I wanted had to be changed or simplified. But the reality is, with each edit I actually came closer to the original intention of the script. Through this lengthy process, which took multiple years, I got to mold the film over time and finally arrive at a finished product that wasn’t exactly what I wrote, but was exactly what I wanted to say.

What was your favorite day on set and why?
There were a lot of great moments on this one. But there was one day that was absolutely lucky beyond imagination. This whole film was shot guerrilla-style, because it was made on a shoe-string budget. For one of the final scenes, where Graham drives into the desert and stops at a rest-stop/bathroom to talk with ‘The Director’ character, we had planned to, essentially, ‘commandeer’ a restroom at a rest-stop near Barstow. The idea was, we get there, we put up a sign on the door that says ‘out of order’ and then we shuffle in there with the equipment and grab a shot or two. It was going to be nuts and we were fully expecting to get kicked out. And it was a huge gamble, because we had to drive about four hours each way just to get there. So that was the whole day. But then, we get there, and the whole place is actually shut down for maintenance. It was like a nightmare. We almost turned around. But somehow, I managed to talk the maintenance guys into letting us film there after they were done. They actually didn’t mind at all. They were just finishing up. And it was so incredibly lucky, because once they left, we had the whole rest-stop to ourselves and that empty space really fit the mood of the scene. 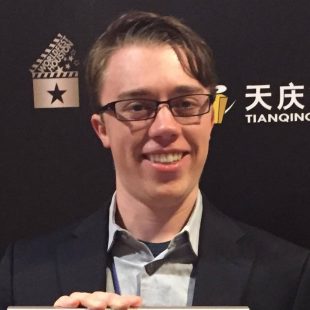 What scene did you enjoy directing the most?
Shooting the Sarah phone call scene was incredibly emotional but rewarding. It’s the one that Graham performed with Kristen at the motel. It’s something we had practiced several times and we’d done screen tests with both of them together, but it really was incredible actually seeing it all happen. And the irony is, I had originally wanted Sarah’s character to just be a voice on the other line. The whole scene was going to be just Graham reacting to her voice and so I cast Kristen as a voiceover role. But when we got to the hotel room and started shooting and I saw their chemistry (she was sitting in the corner, off-screen, feeding him lines), I think I realized at that point that I really had to shoot her side of the conversation as well. So we scheduled another day and got another bedroom location, and even though it ended up costing quite a bit, I think it was absolutely the right decision for that scene. Kristen was really great, and together with Graham, it turned into this emotional scene that really brought to life what I’d written on the page. I’m really glad it turned out the way it did.

What is the biggest obstacle you faced while making the movie?
I’d have to say it was the mirrors. The idea of getting these life-size mirrors into a scene is difficult enough, but then you have to impact them with objects and a torch and a sledgehammer, etc. That was a major challenge, because when you’re trying to figure out something like that, there’s no precedent. I don’t know of another low-budget film involving ‘mirror-stunts’. So, you sort of just go on instinct at that point. I scoured everywhere for mirrors that were the right size. And everything was super expensive. Glass works that way. It gets almost exponentially more expensive with each square foot. After days of research, I decided to order sliding mirror doors from a company that claimed they were going to be ‘shatter-proof’. Those ended up taking several weeks to arrive, by which point we were basically on the verge of production. And then, at the last moment, I get an email saying the ‘shatter-proof’ mirror doors “shattered during shipment”! It was a scramble. You have to decide not to panic. By sheer luck, I happened to be looking up production flats on a rental site in LA and for whatever reason, I have no idea, they just so happened to have 8×4 mirror flats. So at the last minute, we rented those. And it literally saved the production.

What was your proudest moment during production?
Probably the last day with Graham (second to last day of the production because we shot inserts on the last day). It was just such an overwhelming moment. It was late at night. We were filming a couple shots on the Hollywood strip. And it was bittersweet. The production didn’t really end with a bang, it just sort of slowly winded down. But it was a really proud moment filming that last shot with Graham. I was really proud of my cast and crew on this. I couldn’t have done it without them. And especially Graham who was there from day one, and gave it his all, 100%, every single day.

How do you get a film to stand out in the crowd in such a vast crowd of independent horror?
I think you have to be saying something. It has to be personal in some way. The best films, of any genre, have a beating heart at the center that guides everything else. The greatest horror movies in my opinion, all have that. You watch it and you care about the characters. You connect in some way. People are all just searching for that connection, and I think, if for two hours you can give it to them, you’ll always be able to find an audience.

What other filmmakers inspire you to do what you do?
I’d say it’s a massive blend of a bunch of filmmakers and styles. Everyone from Tarkovsky to Peter Jackson and everything in between. I think my sensibilities inevitably lean closer to blockbuster and entertainment cinema than indie and art-films. From this decade, some of my favorite filmmakers are Guillermo del Toro, James Wan, Ari Aster, and Christopher Nolan. From the 80s, 90s, I’m a huge fan of James Cameron, Steven Spielberg, and Ridley Scott. And of course, I love the genre films from the 80s by Craven, Cronenberg, Carpenter, etc.

What is your favorite horror decade and why?
It’s got to be the 80s. Alien, The Thing, The Fly, Nightmare on Elm Street, The Shining. There were just so many iconic horror films coming out back then. And it feels like there was more room to experiment with special FX and practical FX to come up with these outlandish ideas. That’s what drew me into filmmaking in the first place.

What is the next step in your filmmaking career?
Hopefully getting the next feature financed! Fingers crossed. I think general self-improvement, too. Just constantly keep writing, keep pitching, keep developing new ideas and developing your skills. It’s not necessarily a perfectly linear process. And I don’t think it’s supposed to be. You just have to be prepared when the opportunities do come along. 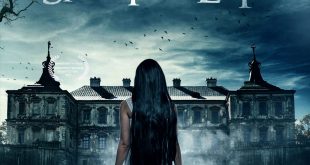 ‘The Spiritualist’ Now Haunting On VOD from Midnight Releasing