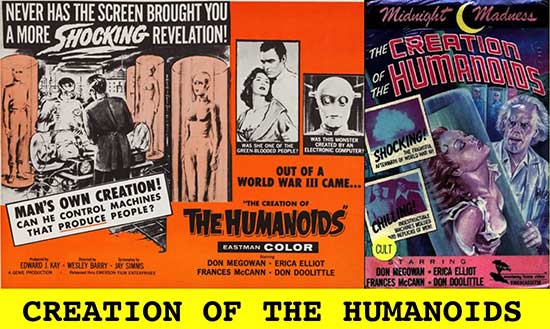 Over a montage of mushroom cloud explosions a solemn voiceover proclaims, “They had talked and argued for years, trying to prevent it. But they failed. Nobody can be sure who started it, and really that is unimportant. It did happen, the atomic war.” That war kills 92.4% of the Earth’s population, leaving the survivors struggling to reproduce after exposure to radioactive fallout. The remaining humans eventually create robots to help rebuild their scorched world, but those machines grow more human-like with each model. It falls to men like Cragis, a senior member of, “The Order of Flesh and Blood,” to keep those uppity humanoids, or “Clickers,” in their place. But is he a patriot fighting to preserve mankind, or just a human-supremacist, who’s bigotry and hate will seal humanity’s extinction?

One of the joys of scavenging the bottom drawers of cinema is uncovering an unexpected gem. That rare film that startles you with grand ideas and originality that outshine its wooden acting, and Dollarama production values. 1962’s Creation of the Humanoids is one of those rarities.

I’m not saying it’s a good movie. It’s paced like a recorded stage show that’s still in desperate need of workshopping. The director’s credo seems to be ‘tell don’t show… then tell it all again.” Scenes go on for an eternity—often in one, unbroken master shot of characters repeating the same points over and over. This flaw becomes painfully apparent during a meeting of “The Order of Flesh and Blood,” a scene I endorse fast forwarding through. Andy Warhol, who once shot eight hours of a man sleeping, would have found that scene a bit slow. Fun fact—this was allegedly one of the pop artist’s favorite movies!

But then, just when the sandman’s threatening to whisk you away, a radical concept pops up and slaps you awake. The best example is during a long exchange between renegade human scientist Dr. Raven and a “clicker” as the robots are disparagingly called. When Raven accuses the robot of being, “A soulless automaton created on a production line.”

The robot responds, “I know who created me. You have to accept your creator on faith.”

Raven then asks “Who created your creator?”

The response is, “Yours. You see, we really are brothers, aren’t we?”

Wow, I did not see that one coming! Back in 2009, when I was producing the Cinemax sci-fi erotica series Forbidden Science, I tried to license that clip, but the rights were too muddy. That’s sad, because that bit of dialogue encapsulated that show’s core premise better than we did.

Other concepts include robots and humans being ‘in rapport,’ which is the official term for a human/robot sexual relationship. Cragis, the robot hating leader of “The Order of Flesh and Blood,” discovers that his sister has entered into such an arrangement with a robot. Pax, her android paramour, has the cybernetic cajones to question Cragis’s bigoted beliefs and even laughs at the irony of their situation. After professing her deep love for Pax, Cragis’s sister mentions that the robot’s sense of humor and emotions cost extra. So, despite her romantic proclamations she still considers her robotic Romeo to be a consumer product. The movie is chock full of these fascinating inconsistencies.

The film’s main concept of robots being a lesser class is hammered home with lines like, “All of you clickers look alike to me.” It’s a mildly ham-fisted, but noble analogy for racism, which was still a taboo movie topic in 1962. Other gems include nobody knowing, or even caring, which side started the atomic war—again, pretty radical for a film made during that rabidly anti-communist era. The film also alludes to this future world being a totalitarian society, with a ministry of politics controlling the media.

In another scene, a renegade scientist, tries to commit suicide to avoid arrest, but can’t bring himself to do it. When the standard robots refuse to kill him because to kill is immoral, he orders the latest, improved model to do him in. It happily complies. Yes, man’s greatest technical achievement was creating a robot that’s willing to kill humans… ponder that one for a few seconds.

Later, the film also introduces the concept of thalamic transplants that transfers a person’s memories, experiences and personality into new, robot bodies that will last hundreds of years. This leads to a long, impassioned discussion of the human soul. Like I said, these were all risky ideas for their time.

The film wraps up with, what I consider, a very nice twist ending. Unfortunately, that twist is revealed ten minutes before the end, then reexplained, ad nauseam, to Cragis and his new love Maxine.

Despite its threadbare budget Creation of the Humanoids has a certain 1950’s era visual charm, with painted backdrops and reclaimed props adding to its theatrical feel. Veteran cinematographer Hal Mohr does everything possible to spruce up the drawn-out dialogue scenes. He even employs soft, glamour style lighting that enhances some of the ragged sets and costumes while knocking a few years off lead actress Erica Elliot. I don’t want to be cruel, but she’s a very strange looking woman.

Most of the cast seems to have come from stage plays, often playing to an imaginary audience rather than the other characters. They certainly give it their limited best while delivering miles and miles of dialogue… so much dialogue! The real standouts are George Milan as Acto, the leader of the robots and Don Doolittle, who has a blast playing the eccentric Dr. Raven.

The film’s unsung hero is Hollywood makeup legend Jack Pierce. During the 1930’s and 40’s Pierce crafted Universal Studio’s most enduring horror characters like Frankenstein, The Wolfman and The Mummy. But, by the 1960’s, Pierce’s salad days were behind him and he was consigned to low budget films like Teenage Monster and Beyond the Time Barrier. But his artistry always shone beyond the budgets. For Humanoids he created a memorable, If economical, brigade of bald, green skinned, silver eyed robots. It’s pretty obvious that the full eye covering scleral lenses left the actors blind, particularly when Dudley Manlove (Plan 9 From Outer Space) gropes for the lab’s control knobs. Pierce also did a respectable job on Dr Raven’s (Don Doolittle) old age makeup.

The costuming is fairly low rent, and many have snidely commented on, “The Order of Flesh and Blood’s,” uniforms being topped with leftover confederate civil war caps. But, could that be a sly bit of social commentary on the order’s overtly racist beliefs? I’d like to think so, but I’m probably wrong.

I don’t love Creation of the Humanoids, but I have a lot of love for it. Overall, it’s a fascinating artifact, proving big ideas can be jammed into a tiny budget. It makes you wish you could travel back in time, tear fifteen pages out of the script and wish everybody all the best. So, I suggest giving Creation of the Humanoids it’s day in court, while keeping your finger hovered over the fast forward button. You’ll need it.

Creation of the Humanoids had a nice DVD release, which showcased its eye pleasing primary color scheme. It’s currently available on Shout Factory TV for free. The Cinemax series Forbidden Science, which addresses many of the same concepts, albeit with less dialogue and even less clothing should be on Amazon Prime. And, to finish things on a purely mercenary note you can find my latest horror novel Scorpius Rex on Amazon, Barnes and Noble and everyplace else. 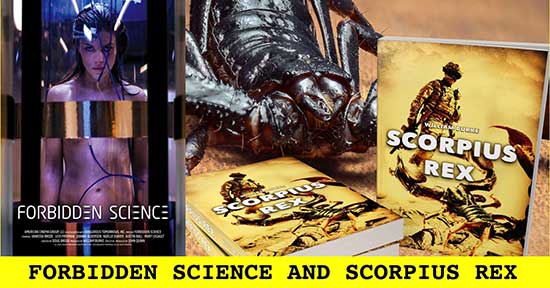 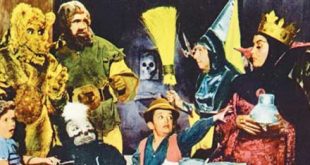 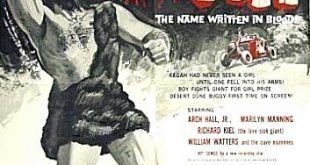