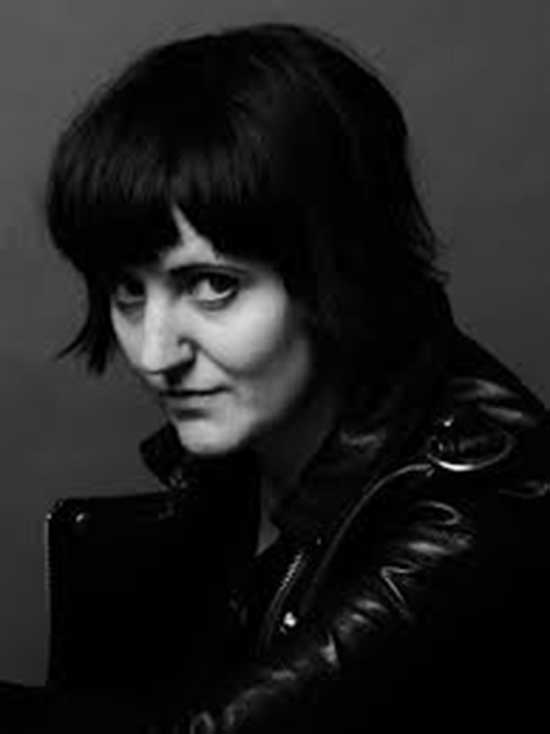 Director/Writer Jacqueline Castel took time to talk with Horrornews.net about her new short film, The Puppet Man that is part of the film festival ETHERIA.

A supernatural killer stalks a young woman and her friends in a seedy, neon-lit dive bar.”

I watched all of the shorts that are part of ETHERIA but The Puppet Man stood out so much. How did you come up with this idea for The Puppet Man?

J.C.- Thank you. It kind of stems from my friend Johnny who stars in the film and he is The Puppet Man. He’s a kid in the punk music scene in New York City. I’d known him for a little bit and out of nowhere he shaved his head, shaved his eyebrows and started wearing this jumpsuit around that said, The Puppet Man on the back of it. He just started showing up at shows and events and stuff like that. I was like, what’s going on with this? I was really intrigued and I thought he was an interesting person. So, when I started to think about concepts for putting this project together, I reached out to him and I was like “hey, would you want to do something together? I feel like there’s something interesting we could explore.” 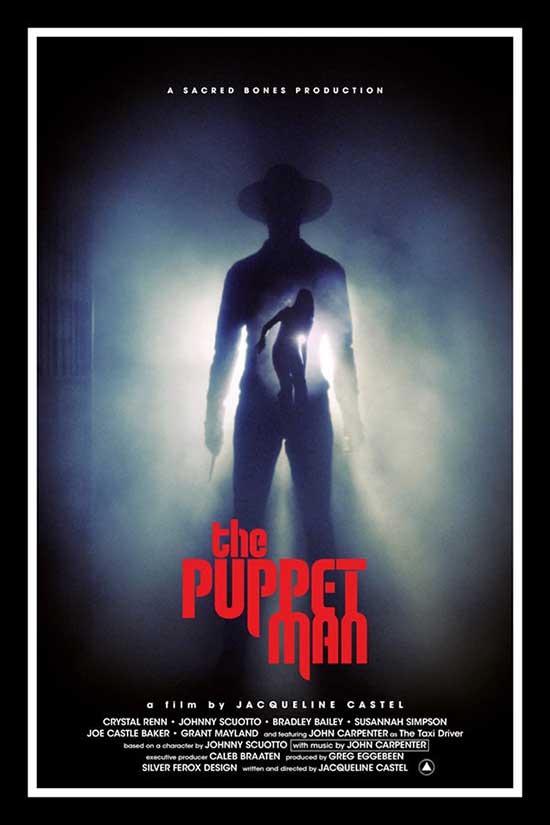 The cast did a great job and Johnny Scuotto did an amazing job as The Puppet Man. You have an epic cameo by John Carpenter. How did John Carpenter get involved?

J.C.- John was releasing a record called Lost Themes, which was a series of compositions to a movie that didn’t exist. It was just music that he was releasing. It was the first time he was releasing music that wasn’t tied to a film. I worked a lot with his record label, Sacred Bones for a lot of projects. When this record was going to come out, we wanted to brainstorm something cool with it. I said, “let’s do a short film and this is the soundscape to the film” and so Caleb that runs the label thought that was a good idea. So, it all happened really fast. I was inspired by Johnny but once Caleb said “hey let’s do this,” I think I wrote the script in like, forty-eight hours or something. It was really fast because there was a narrow window to get the project over to John. We sent it to him and I had no idea what to expect but within twenty-four hours he just wrote one word back in email, which was just, “Yes.” Then I think, exactly a week later, I was on an airplane to Los Angeles to go shoot with him from New York. I had to pull everything together really quickly. It was intense because I had to shoot his scenes first before I had planned out any of the other locations. I got to L.A. and I found the same model Station Wagon as the one in Halloween that I wanted him to drive. I remember having to go pick it up and having to drive it on the L.A. freeway. I had to location scout for a day and find a place. We had no budget; we made this movie on nothing. It was really intense and then we figured it out and shot our scenes with John. The rest of the film was shot, maybe like six weeks later in New York.

That is crazy to hear all of that. How did you get involved with the festival and to be part of the anthology?

J.C.- After my film was making the rounds, it premiered at Sundance and then it was making the rounds at different film festivals. I believe they reached out to me and said, hey we’d love for you to submit this film. I did and then it was great and it was in the festival. Then this past spring or summer they were like, we want to put this online, are you guys open to that? They wanted to make it part of the Amazon anthology series and showcasing the work that had been at their festival.

J.C.- I hope that they enjoy watching the film and they can kind of escape to a different realm, a different place. To have fun with the characters and lose themselves in the world. I think that’s my hope.

I think it was amazing that all of the directors/writers are women. How did you feel about that?

J.C.- I like to show by example of what can be possible. I know that it’s an uphill battle for a lot of female filmmakers. I’ve experienced that myself. I think that finding the other people that you can raise your fist in solidarity with is really important. Also, attracting other people to your work who are going to get in to it and really like this or I really appreciate the creators or the perspective that their bringing to the genre. Those things are really important. I think that you communicate best when you do things via action. I remember during the Sundance premiere when it was for the Midnight Shorts category. When I was up there, I was the only woman onstage. It was a whole pack of dudes. I remember afterwards, after the screening a bunch of women came up to me and they said, you’re the person we want to see up there. We don’t see enough of that. You are an inspiration. To me, that makes it all worth it. The blood, sweat and tears that goes into these projects. Just by being on that stage, you are creating change. I do strongly believe in that. I think it’s important for female creators of all kinds to be in support of one another. I also think that female creators are kind of paired against each other. I think it’s important that we bond. I think about it and I think about these male filmmakers from the past and stuff. George Lucas and Steven Spielberg didn’t hate each other, they collaborated with each other. They built empires together. I want to see that happen with women too. I don’t want to see it as competition, I think that’s a toxic mentality. We are here to help each other out because no one else was going to help us before so, we’re here to build those worlds together. That’s really important to me. 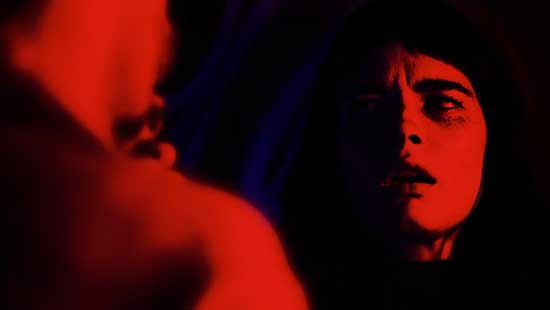 I agree with that. Did you always know that you wanted to do this for a living?

J.C.- I think I knew pretty young. I started doing photography when I was like 12 or 13 and it was the first time, I really felt connected and grounded to something where I could really express myself. Then that coincided with when I was getting really obsessed with film. I started shooting a lot. I started doing that in high school. When I was 16 or something, I started to get pretty involved in terms of film making. Then I went to film school and it’s pretty much all I’ve ever done since then. I would say, I’m in it for life.

Thank you so much for taking the time to talk with me today for Horrornews.net.