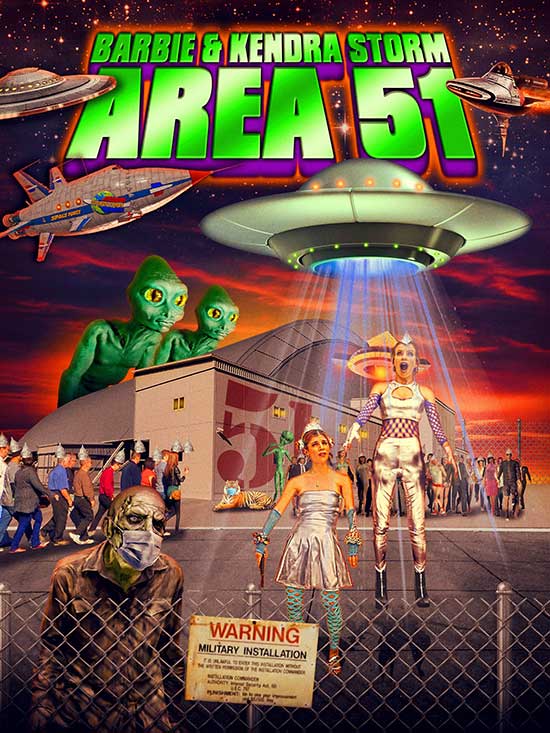 Full Moon Features’ Barbie & Kendra Storm Area 51, the 3rd (but not final!) movie in the world’s only film franchise that was set and shot under quarantine!

First they fought the Corona Zombies. Then, they Saved the Tiger King (starring Leslie Jordan from “Will & Grace” and John Reinke from “The Tiger King”). Now sexy LA airheads, Barbie (Cody Renee Cameron) and Kendra (Robin Sydney) bring their ditsy brand of quarantine quirk on an adventure that’s truly out of this world! Get ready for a heady dose of pandemic panic as the dynamic duo turn on the TV and get tuned into a viral saga that takes them deep into the forbidden fortress of Area 51 and beyond!

Hi Cody and Robin, how did the two of you get involved with these films? Barbie and Kendra are awesome characters.

Cody- This Barbie & Kendra will be my fifth project with Full Moon and Charles Band. I was bartending and someone from the Full Moon crew came in and was telling me that they were doing a new flick and they wanted me to play one of the leads. The next day I got a phone call and I was in. 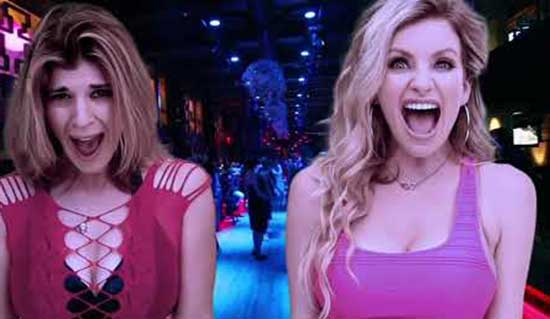 Robin- I worked many of the Full Moon movies with Full Moon Features. Right before quarantine, I got asked to do this movie. I felt super honored.

What was it like working together and with the cast?

Cody- Robin and I had met briefly and then we got onset together, our chemistry was just insane, we were BFF’s at first hugs and socially distance *high fives* (laughter). Our energy really meshes together. We build each other up and everyone onset was so respectful. I thought it would be a one-off but by the third movie we’ve got it down. Everyone is wearing a mask and it’s safe. It’s so much fun. Charles Band creates this amazing atmosphere for the actors. 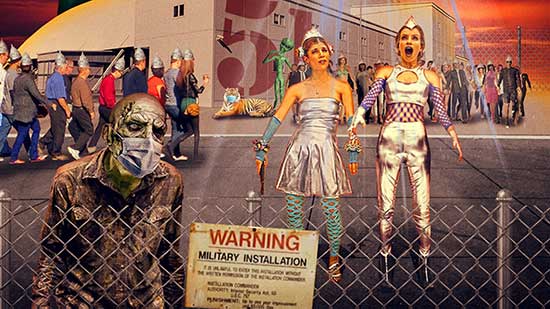 Robin- I love working with Cody. The minute we met each other we became insta-friends. We are in quarantine while we’re filming a movie about being in quarantine. It’s hilarious and so much fun. The cast is great. The freedom to play is really what Charles Band brings.

Robin- I think so. I hope to do another one because they are so much fun.

Cody- I think Barbie and Kendra better put their party pants on because they are going to be playing for a while. I keep saying we need to do one with ninjas and motorcycles.

What do you both want to say to the fans and to the Full Moon fans? These are such fun movies.

Cody- I think that to anybody watching, we are all together in this. I hope everybody has a good time.

Robin- I would say crack open a Coors and light up a doobie and sit back and watch our adventures. I love that a lot of the fans will come to our social media and reach out. Don’t be shy, come say hi.

Thank you so much. You both are so much fun. You both did a great job in the movies. And thank you for the virtual healing.