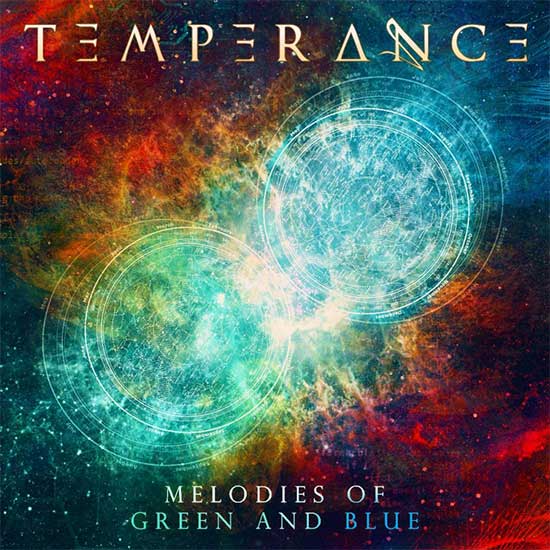 Maestros of modern melodic/symphonic metal TEMPERANCE are back one year after the release of their vibrant album, Viridian, with an acoustic gift to their fans! After many years of band history and tours with genre giants like NIGHTWISH, Luca Turilli’s RHAPSODY, and TARJA, TEMPERANCE will release their acoustic EP, Melodies Of Green And Blue, on February 19, 2021 – including two brand new songs, “Evelyn” and “Paint The World”. On top, TEMPERANCE presents six songs off Viridian in a new acoustic style, showing the versatile facets of the symphonic metal band. Today, the band gives the fans a first taste of what’s to come on Melodies Of Green And Blue by releasing an acoustic rendition of their hit single “Start Another Round“! 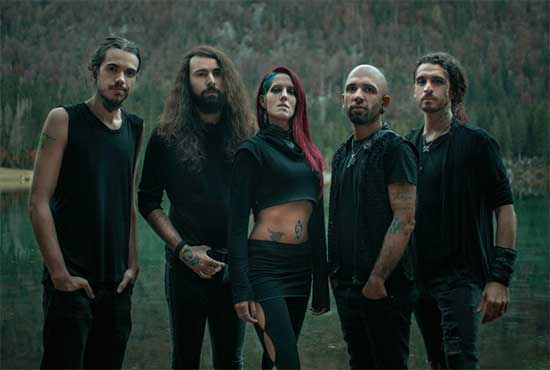 Just as this acoustic version of “Start Another Round” kicks off, TEMPERANCE makes their unparalleled energy undeniably apparent! With a chorus that makes you want to sing along at the top of your lungs, “Start Another Round” proves once again that TEMPERANCE can deliver powerful musical compositions, even within an acoustic setting!
Watch the Music Video for “Start Another Round” (Acoustic) HERE:
TEMPERANCE Reveals Special “Start Another Round“ Acoustic Version
New Acoustic EP, Melodies Of Green And Blue to be Released February 19, 2021
Pre-Save HERE
Singer Alessia Scolletti about “Start Another Round”:
“Spending time together has never been so difficult as much as this year, that’s why shooting this video has been funnier than ever and you’ll notice it! ‘Start Another Round’ has now become an anthem: our hope for better days to come. A song that carries such a strong message deserved a new alternative version: five people surrounded by a warm atmosphere that reminds you of ‘home’ singing and playing about finding your inner strength to keep going on and succeed, no matter what life puts you through… Are you ready to start another round with us?”
Singer Michele Guaitoli comments on the Melodies Of Green And Blue EP:
“We’ve been talking about recording some acoustic versions of our tracks for a long time, as we all love the intimate and emotional feeling that this particular style can offer to any tracks. If you think of it, this is how most of our songs are composed: it’s Marco on his guitar or me on the piano. Everything for us begins in acoustic before going metal.
This EP is a little dream come true, as we can finally show the heart of our music in its purest version.”
TEMPERANCE will host a live stream on Napalm Records’ official Instagram channel on December 18, answering questions from fans and talking about Melodies Of Green And Blue, as well as playing songs off the EP live – make sure to tune in!
Pre-Order Melodies Of Green And Blue HERE:
Melodies Of Green And Blue Tracklist:
1. Paint the World
2. Evelyn
3. Let It Beat
4. I Am the Fire
5. Nanook
6. Start Another Round
7. My Demons Can’t Sleep
8. Gaia
TEMPERANCE is:
Alessia Scolletti – Vocals
Michele Guaitoli – Vocals & Piano
Marco Pastorino – Guitar & Vocals
Luca Negro – Bass
Alfonso Mocerino – Drums
Share