Do you know where your children are? If you don’t… there may be Hell to play.

Campfire Radio Theater presents a terrifying new tale to tingle your earbuds this season. Amid an atmosphere of growing hysteria, a small town minister is determined to get to the bottom of a series of unspeakable crimes just as his young son, Gerald, comes under the influence of a not-so imaginary friend. Unbeknownst to their small community, a terrible evil has been unleashed. 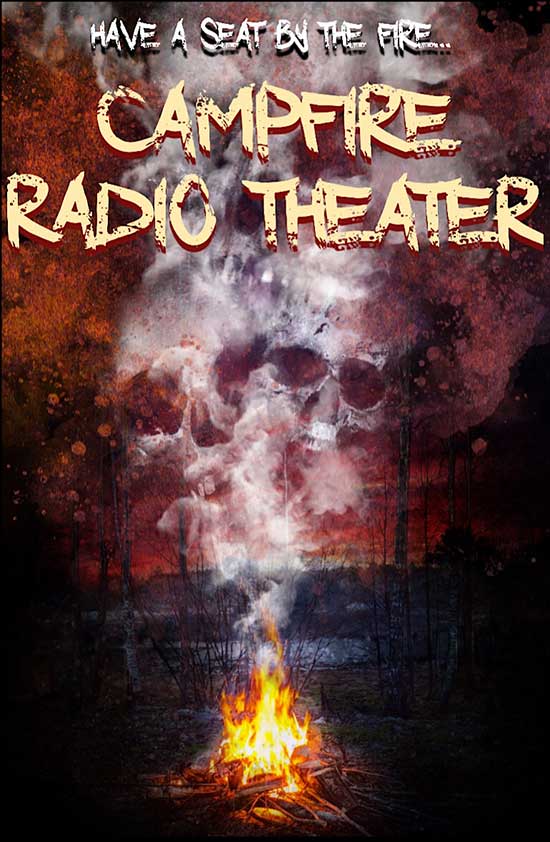 Springing from the imaginings of author Bill Gray, “Gerald” is a frightening 1980s era audio play that questions the traditional roles of religion and the very nature of evil. Originally, airing on the legendary CBC horror radio series Nightfall, the story bares some passing resemblance to Stephen King’s “It” but the original radio production actually predates that best selling novel by several years. This classic tale has been recreated with a lush immersive soundscape and features the voice talents of Rish Outfield, Blythe Haynes, Jack Kincaid and James Hicklin among others.

Campfire Radio Theater is an award winning horror anthology featuring full cast production and cinematic level sound design with original music score by Kevin Hartnell. Earbuds or headphones are recommended to experience the full effect of 3D audio as ghosts whisper in your ear and nightmarish creatures breath down your neck!

Have a seat by the fire and listen to “Gerald” as well as other Campfire Radio Theater audio tales free at Apple Podcasts, Spotify or wherever you listen to podcasts.