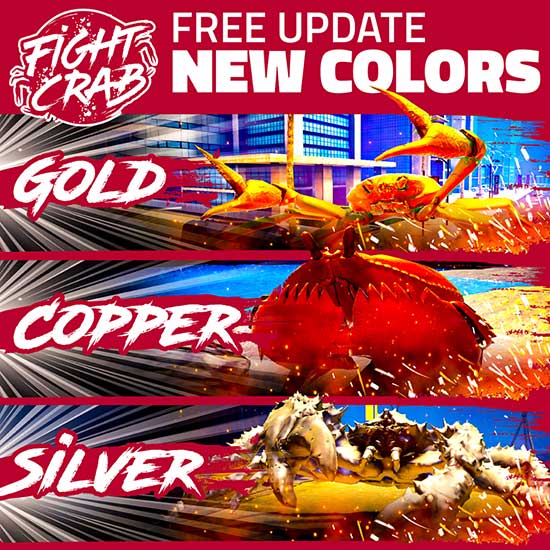 Fight Crab update 1.2.0 addresses a number of fixes and makes several gameplay balance adjustments, but also adds special Gold, Silver, and Copper skins, which can be selected and applied to any of Fight Crab’s 23 crabby combatants. In order to unlock these lustrous new skins, players must first complete Fight Crab’s Campaign Mode.

This crab-filled smorgasbord isn’t over just yet! Mastiff is kicking off the holiday season with a 15% off sale on Fight Crab, which runs through November 30 on the Nintendo eShop for Nintendo Switch™!