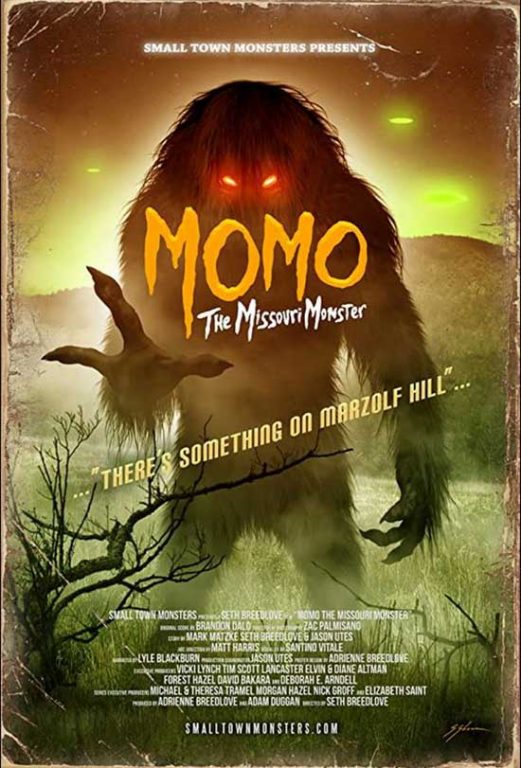 The hair-covered, three-toed monstrosity was said to have prowled the forests of “Star Hill” near Louisiana, Missouri during the summer of 1972 where it was seen by terrified citizens for weeks.

Everything works fine, until it doesn’t.

That’s true of most everything. Your amazing tower of dirty dishes that never falls over, until it crashes into broken bowls and scattered bits of old food. An economic policy that has unemployment down, until global factors cause a recession. A harem of oblivious girlfriends, until someone talks to someone else and they talk to two others…hey, things can go South pretty fast, even if you try your best.

“Momo – The Missouri Monster” starts out like a late-night show with a host who is going to research the “real-life” story behind an unreleased 70’s horror movie while showing you the movie. The host trying a bit hard, but you gotta sell in today’s market, so his schtick works as he talks up the legend of Momo and the special edition of the film that they were able to unearth. 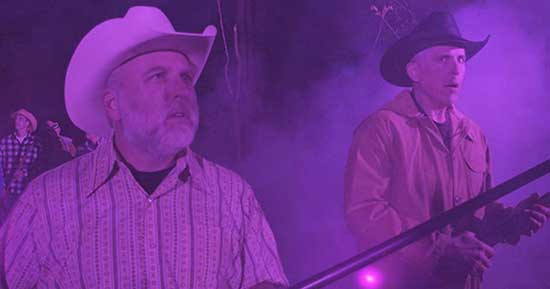 The novelty continues as we watch the opening scene of the movie. Two young women on their way to an Alice Cooper concert (ever so topical at the time, don’t you know?) decide to randomly stop next to a creek during their multi-hour trip. As they settle down in their post-hippie clothes to groove on nature, they are assaulted by a horrific odor, which is immediately followed by a hairy ape creature who harasses the two girls before they are able to drive away.

Then the film flips over to documentary mode as we are introduced to the small community of Louisiana, Missouri. A town that brought rail and river together to survive economically. Just your average little American town that no one would have heard of it if not for the sightings of Momo, which stands for “Missouri Monster”.

It seems that, for a brief period of time, the small town was the epicenter of sightings of a Bigfoot-like creature. Seen as early at 1971, the main sightings seem to stem the Harrison family. The family’s children said the creature approached their home carrying a dead dog. This led to searches of the surrounding forests and of the locally famous Marzolf Hill (also known as Star Hill). The small town made it on the map. 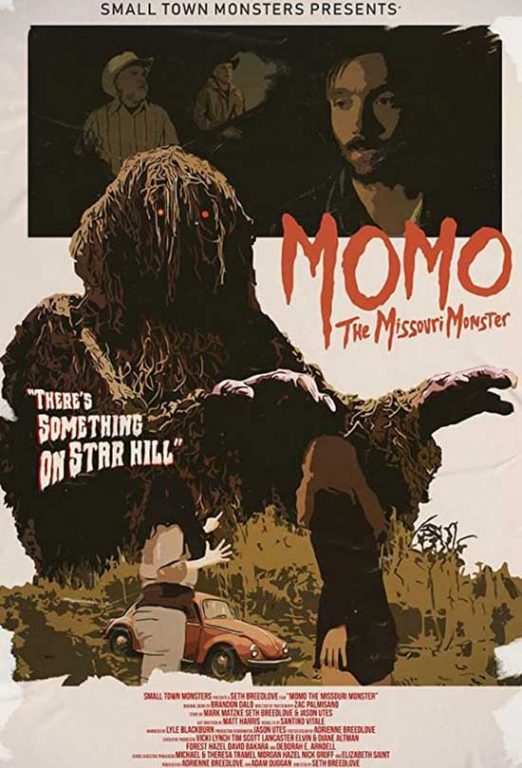 Then the world moved on.

Like I said at the beginning, things go great until they don’t. Sleepy town is suddenly the center of interest. Just when it looked like it could be a way to enliven the local economy, interest faded, and so did the legend of Momo.

Like the story of the hairy creature, “Momo – The Missouri Monster” starts fine. The host has just the right amount of cockiness and information that you allow him to take charge. The topic of weird creatures is appealing. The opening scene from the “lost” film has two appealing ladies.

When the film shifts gears and enters into documentary territory, you can feel it has hit its groove. Small Town Monsters is a production company that has been doing docs about urban legends and creepy creatures. They do this with respect and courtesy to their subjects and to the townspeople they interview. You see the interviews as they are being set up and you watch the crew interact with the interview subjects. The whole thing makes you want to pull up a chair and listen to some wild stories about small town weirdness. All of the stuff about the town and the history is great fun. Even the local folks being interviewed seem to be having a great time.

But then you are forced back into the “lost” film about Momo, and it is at that exact point that the film stops working.

The “lost” film ruins the rest of the film. The shift in tone yanks you out of the good place the film can put you into. The acting is flat from nearly everyone, and the lead actor is boring. Aside from being uninteresting, the supposed 70s film looks like someone’s idea of what a low-budget 70s movie should look like. Unfortunately, while the intent was in the right place, the delivery fails with a whimper so that you don’t even get the satisfaction of laughing at how silly it is, which would have been a saving grace. You get to the point that you dread the next “movie” section. 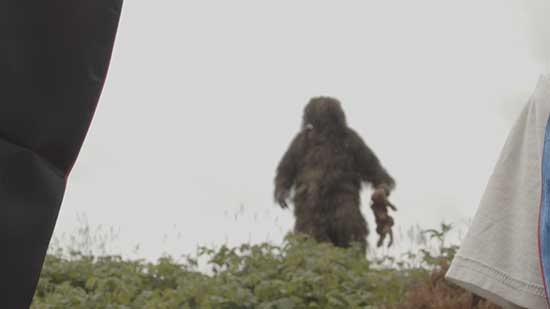 Maybe if they had sought to recreate the events of the 70s like the Sunn Classic Pictures “Beyond and Back” and “The Mysterious Monsters” did, the whole experience may have meshed better. As it is, the “movie” ruins the documentary that “Momo – The Missouri Monster” could have been.