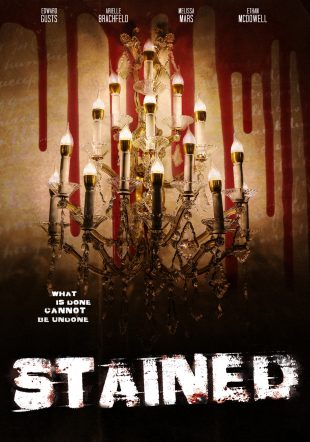 What attracted you to this project – STAINED?

Partially because it was living in my head, and partially because things just fell into place to make this movie. My writing partner and I had two scripts ready, one sci-fi and one horror. Then within the course of a month we found financing and connected with Joston (Theney) who not only has an amazing track record shooting horror films, but also was fanatical about the source material. It couldn’t have been more perfect so we just ran with it. 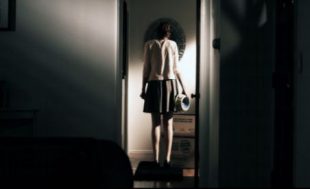 From Script-to-Screen, how close did you get to the original vision?

I think that movies decide what they want to be. The original concept was very Bonny and Clyde and the film just became Shakespeare as it progressed along. I am sure that there are filmmakers out there who are very rigid about shooting and editing exactly what they wrote but that kind of takes away from the magic. There were numerous moments where characters grew in importance just because of the actors that we had. Arielle Hader’s Macduff is such a point of focus just because we couldn’t take our eyes off of her performance. If someone adds something brilliant, why be rigid? The core of the original vision remains, but it is absolutely colored by the amazing artists who contributed to this film.

What sets STAINED apart from other horror films?

The atmosphere. When we first approached Joston to direct, he commented that we had “built a world” in the script. And while he honed that world into a focused story he never lost the feeling of the world that we built. He doesn’t focus on jump scares or monsters, he focuses on the people in the story and the world that they inhabit. To me, humanizing these monsters makes the movie that much more unsettling .

This is strange to say, but my favorite day on set was the day we shot “The Baby Scene”. We had run late on our day before, everyone was running on 2 hours of sleep, our location company gave us a strict hard out on a location we had for only one day, and we had 10 pages to shoot. Despite exhaustion, everyone brought their A game to the table. Ethan (McDowell) was nailing scenes in one take, Joel (Hodge) and his crew were doing setups in 20 minutes, Arielle (Brachfeld) was in every scene yet worked tirelessly. It was just such a wonderful experience to have everyone work so hard together for a common goal, and we made our day. I cannot say enough about the crew and talent that we had on this shoot. I was incredibly lucky to get to work with them. 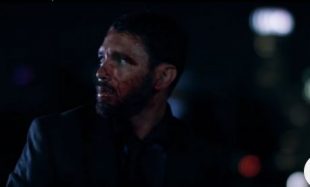 What was the most difficult aspect of making STAINED?

We shot it in 8 days. I don’t know who’s idea that was, both my first AD and director deny being the originator of that idea, I don’t think that it was mine…
But I have to say that everyone stepped up.I’m very proud of the fact that we never did more than three takes of a shot unless we had a technical issue. All of my actors were money players.

What is your proudest moment of this production?

I recall on one of the final days the cameras were rolling and someone from the location was unknowingly walking across the yard blaring a radio right before I was supposed to walk on. I managed to communicate with them, get the radio off, and enterontime and in character in the space of about 6 seconds. I have to admit that I was proud of that feat of juggling.

Why is Joston Theney the perfect choice for director?

Just one reason? That’s hard. I would have to say that what stood out for me is the way he runs a set. With the abbreviated schedule we had, having someone like him captain the ship is pure gold. He never panics, he never yells, he gives each actor what they need. And when he loves a take, it is obvious; he has this joyful way of yelling “cut!” that is very satisfying.

I have to say the 80’s. Why? John Carpenter. He made these relatively cheap movies with absolutely perfect plot structure. I feel that sometimes more modern horror films pile on the gore but neglect the story. In the 80’s, because of Carpenter and the people that he inspired, you had these truly frightening movies that somehow still managed to focus on the characters.

What made you to want to get involved in the film industry?

My job is to pretend. What could be better than that? 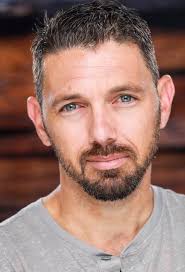 What else can we look forward to from Edward Gusts?

I just wrapped filming on the documentary SHAKEN: THE GREAT SYLMAR EARTHQUAKE with Bob Brill from KNX, which should be released in February. Then, this December I am shooting a mindfuck of a movie called RIDGECREST about a man trying to will himself to die after a family tragedy. We’re going to shoot on location in the middle of the desert, as well as here in LA. And if we survive that, I’m going to start preproduction on THE HEALED, which is a horror film about a scientist that gives his young daughter an experimental drug to save her after an accident. You know, lighthearted stuff.

Thanks for taking the time to talk to me.
-E