Aaron Dalla Villa is multi-talented. He has quite a few new projects coming out. He took some time to talk to Horrornews.net via Zoom. We had a great conversation. Aaron talks about his films, making music and he offers some great advice. Aaron has three feature-films coming out that he shot post-Covid.

I want to talk about Immortal. Tell us about Immortal and how you got involved and why did you decide to take on the role of Kyle?

Aaron- So, I originally auditioned for Rob Margolies other film called Yes which stars Tim Realbuto and Nolan Gould. I auditioned for the role of Nolan’s part. He said, man we loved your audition but the producers, they want a bigger name. I said, no problem, but he said, I have another role for you in my next film. It was a direct offer, its Kyle, he’s the class clown in this thing and through his dialogue with Dylan helps tell the larger philosophy of the film. So, I read the script and I said, this is great. I read the scene with Dylan and I said I get to work opposite Dylan Baker, he was so cool, so down to earth. Watching the way, he worked as well, so I wanted to work with Rob and Dylan, that’s primarily why I took it. Also, it was a good script. You don’t want to do bad work.

What was it like working with Dylan and Rob?

Aaron- Rob and I discussed the character beforehand so, it was super simple when we got onset. Dylan, just playing off of him was great.

I don’t want to give away spoilers but… that movie was very tricky. I felt for Dylan’s character that he just wants to help. Oh, he’s helping alright. That was crazy.

Aaron- Right, it starts to make you think that, are all super bad people, people who present themselves as villains. What if they’re the doctor that you see every month for a check-up? They could be a supervillain. It’s the most unassuming people. 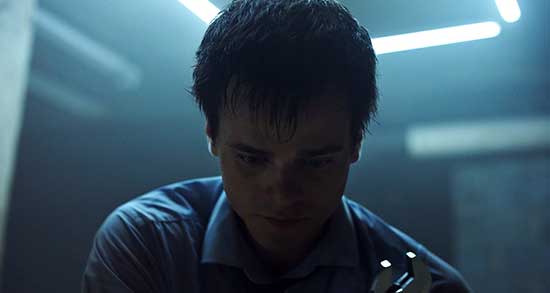 Aaron- The most unassuming people can be sometimes, the most wicked.

That felt more real than say just watching Jigsaw or Leatherface, like obviously these people are going to kill you but you see Dylan and go, oh he’s going to help her, he cares.

Aaron- Little did you know, it’s the opposite. I personally think that segment in the film is one of the strongest segments in the film. That one and the Tony Todd one.

Yes, that was overwhelming and powerful.

Tell us about some more projects and what else are you working on?

Aaron- I’m lucky that I’ve got three feature-films in post-production that were all shot before covid. One of them is a supporting lead opposite James Faulkner, that is called All Those Small Things. I play a rapper who mixes jazz and hip-hop and I also wrote lyrics for two of the songs in the movie. That one is currently looking to be sold. The second one, I worked opposite Lance Henriksen. I’m the lead in this and it’s called Alpha Rift.

Aaron- Yo, he is so funny, he is so funny in person, he’s hysterical. It’s the story of this guy who runs a comic book shop. He’s a fanboy, he’s turned action hero. It’s a superhero movie. I play a superhero. It’s really cool. That is completed and I’m going to see that screening in December. Then, I have an untitled documentary project. 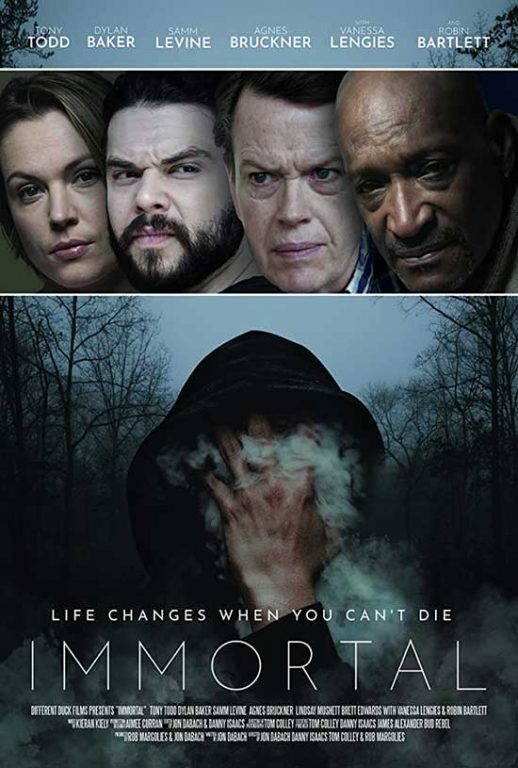 Aaron- It’s about me, it’s a documentary about me. It’s an untitled Aaron Dalla Villa documentary project. It’s from the director, Daniel Robbins who directed Pledge. I teamed up with the Pledge people again and we’re making something really beautiful. I refuse to see anything but final cut but we’ve already had test audiences for it and everyone’s like, this is awesome. I’m really involved with it. I have a web series that me and a friend cut together, just because we wanted to have something so we shot an eight-episode web series called Tucci and Jones. It’s based on my comedic character, Tucci Badaducci.

Where can we watch it at?

Do you think you will direct again? I know you write and direct.

“Aaron Dalla Villa was born and raised in Suffolk, Virginia, and studied music and dance training at the prestigious Governor’s School for the Arts in Norfolk, Virginia, in classical ballet and classical modern dance. Prior to experiencing an injury, he had a career in dance and worked with NB2-Nashville Ballet Second Company.

After moving to NYC, Aaron continued to pursue performance as an actor and has been featured in numerous film, television, and theater roles including a starring role in the feature film “Pledge” (distributed by IFC Midnight) a starring role in the feature film “Alpha Rift,” a supporting lead in the feature film “All Those Small Things” (for which he also wrote some music for), a starring role on the series “Duels,” a spot on “Gotham,”, a spot on “Madam Secretary,” a spot on “Late Night With Seth Meyers,” and voice work for “Hollister,” “Starburst,” “Liberty Mutual,” and in the popular video game series “Earth Defense Force.” He won Best Ensemble Broadway World Long Island 2015 for “Orphans,” by Lyle Kessler, directed by James Bonney at the Conklin Theatre. He was also nominated for BEST ACTOR for his work in the award-winning short film, “The Fold,” directed by Andrew Kiaroscuro.

Due to the world’s complications with COVID-19, and with the industry shut down, Aaron decided to explore music avenues to broaden his talents and now has music available on all major platforms under his artist name DALLA VILLA. He has dropped two singles so far, “Conspiracy,” and “Demon Killer.” available on Spotify and all digital outlets. He is planning on dropping several more very soon.”