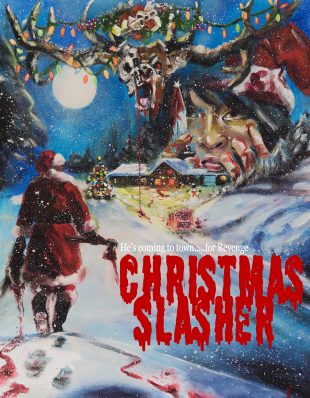 Up and coming film company, Lady Destiny Productions is set to release their first official film, and it has just been upgraded to a feature. The Christmas Slasher is currently in production.

The Christmas Slasher brings a horror twist to classic characters including Santa Claus, Rudolph, and Mrs. Claus while also adding a psychological element into the mix. The main character, Alita Claus, becomes not only the sole witness but also a murder suspect and the audience are left questioning exactly how much of what they see is real.

When a group of college decide to spend Christmas break in the woods, at an old childhood hangout, they have no idea that this may be their last Christmas. As Alita Claus and her friends settle down for a weekend of hunting, drinks, and games, things quickly go awry.

Not only is there a murderous zombie reindeer on the loose. But someone has angered Mr. and Mrs. Claus and now, the jolly couple who bring the spirit of Christmas to millions are out on a murderous rampage- with the entire group on the hit list. Can Alita save her friends before it’s too late?

The Christmas Slasher is set to be released before Christmas 2021 and, with some luck, the film will be available to enjoy just in time for some holiday chills.