Ruben Pla is a veteran actor. Ruben took time to do an interview with Horrornews.net to discuss his new documentary, The Horror Crowd.

Fear…the most primal of human emotions. Dracula, Frankenstein, The Wolfman… The Exorcist, Jaws, Alien. What made the creators of these films dream up the nightmares that kept us up at night?  Were they as strange and twisted as their creations? And what about today’s creators of horror?  Who are the minds behind the macabre of present day? 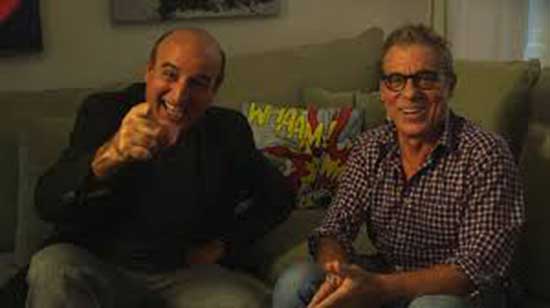 Hi Ruben, thank you so much for taking the time to do this interview for Horrornews.net.

I watched The Horror Crowd and it felt very relatable. This documentary feels like what life has been like being a “Horror fan.” The upside has been that I’ve made some of the greatest friends/family members ever. I have seen some of the best films, going to see these movies in the theater is always a blast. Horror films and shows became kind of an escape from all the real deal horror happening in my own life.

Ruben- That is awesome, Janel.

Why did you decide to make The Horror Crowd and what was it like getting everyone together?

Ruben- I wanted to show everyone that horror filmmakers aren’t all freaks and weirdos.  They have families and friends and enjoy normal things like everyone else.  As for getting everyone together, I simply asked them.  They were all happy to do it and share their lives and views.

I loved that you spoke with so many different people including the LEGEND THAT IS LIN SHAYE, I am sorry but she is such a legend, speaking to her myself and meeting her, she is such a LIGHT! This is what I think about when I think of horror. These wonderful, fun, amazing humans, and the creators like James Wan, Darren Lynn Bousman, Ernest R. Dickerson, Lombardo Boyar, Jeffrey Reddick, Mike Mendez. If you could pick one word or phrase to describe the “horror crowd,” what would you say?

Ruben- THE HORROR CROWD are creative people who enjoy living life…and scaring others. 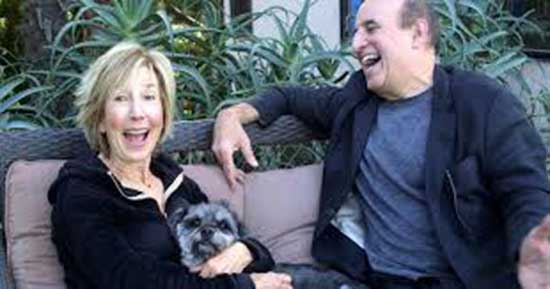 Did you face any type of challenges while shooting?

Ruben- Not really.  Maybe just having to schedule ALL THOSE PEOPLE.  You know, there are 38 of them in the film.  That’s a lot of people to schedule.  But we got through it.  It was so much fun to do, and so interesting hearing all these great revelations that it made it all go very smoothly.

Ruben- Special effects are fine, as long as they don’t get in the way of the story.  I’m all about the story.

How do you feel horror movies are holding up now? Do you think they have the same effect?

Ruben- Some are good, some not as good.  I like when they put a different spin on old tropes and bring new light to the subject…and when they have great actors.  Nothing worse than seeing good dialogue spoken by not so good actors.

Ruben- I’m currently working hard on promoting and submitting THE HORROR CROWD to film festivals.  Also, I just finished shooting a horror short during the Quarantine…I didn’t want to just sit around.  I’ll be editing that soon and getting it out there.

I grew up watching horror movies. My mom is a nurse but also an artist. She looked at the movies as art. I remember watching, A Nightmare on Elm Street, Rosemary’s Baby, The Exorcist, The Thing, Hitchhiker on HBO, Dracula, Alfred Hitchcock movies and the shows. Night of the Living Dead, Alien. So many movies. They are just so much fun. What do you think the best part of a horror movie is?

Ruben- A great story.  It’s interesting you mention Alien, Night of the Living Dead, and The Exorcist…all films I dedicate sections of THE HORROR CROWD to.  And what those films all have in common is a GREAT STORY.  That is so important.  No amount of special effects, cool locations, or even great acting and directing will help a film without a great story. 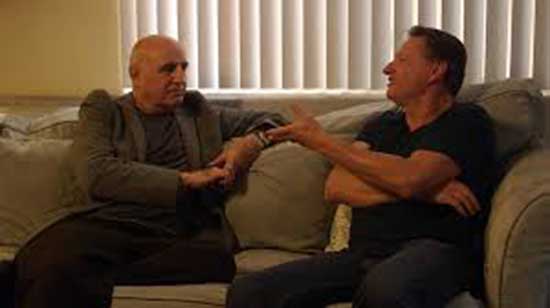 I love that you brought up the diversity and gender. Everyone should be included and it’s beautiful to see.

Ruben- I agree.  That’s why I had the “Race Relations” segment.  Horror films, as in any art form, should be inclusive, whether it be in front of the camera or behind it.  It was wonderful having artists like Ernest R. Dickerson and Jeffrey Reddick give us such poignant stories about their experiences and how, as they both say, things have changed so much for the better, both in film and in life.  I also loved how Jeffrey and Cyrus Voris grew up in the same Ohio River area with just a bridge between them.

One of the first papers I wrote was based on Edgar Allan Poe’s Annabel Lee. His writing has always been influential. Did you grow up reading his work?

Ruben- Absolutely.  That’s why I made sure to include a section on him.  I still have my Complete Works of Edgar Allan Poe.  Such fantastic stories.  I actually saw the great horror actor, Jeffrey Combs, do a one-man show on Poe, directed by Re-Animator’s Stuart Gordon.  It was so good; I went and saw it again.

I love that you included the dress-up sense of horror. The cosplay and those of us that sort of live Halloween every single day. What do you think of the conventions with all the fans that always dress up?

Ruben- I think it’s great.  A wonderful way for creative people to express themselves and become their heroes, if even for a little while.  I’ve dressed up as Batman, Beetlejuice (they’re the same guy, aren’t they?), Swamp Thing, Gene Simmons, various versions of Zombies, and so many others.  Love doing that.

What advice would you offer to filmmakers, producers, actors?

Ruben- Never, ever give up.

What do you want to say to everyone that will be watching The Horror Crowd?

Ruben- Enjoy the movie!  A lot of heart and love went into it, and everyone in THE HORROR CROWD wants to share their story with you.

Thank you so much for making this documentary. The Horror Crowd was so much fun.

Ruben- My pleasure.  Thank you for liking it so much.  It means a lot to me.