The Road to Jurassic Park – Part 2

Welcome to Part Two of The Road to Jurassic Park. This time we’ll spotlight King Kong—one of cinema’s most ground breaking technical and creative achievements. We’ll also meet the men and, very importantly, the women who brought it to life.

The Lost World’s Special effects wizard Willis O’Brien was back with more dinosaurs, deftly combined with his atmospheric, multi-layered glass paintings. But this time his animated monster wasn’t just terrifying, it was also sympathetic. The screenwriters, perhaps influenced by 1931’s Frankenstein, discovered the power of injecting pathos into a monster.

To modern audiences the stop motion animation may look a bit clumsy, particularly when Kong’s hair takes on a life of its own. But, for its time, King Kong was a quantum leap in cinematic technology. It also benefited from a top-notch script that moved at an incredibly fast pace. Once Kong makes his first appearance the film goes into overdrive, with dinosaurs and danger at every turn, leaving 1930s audiences breathless. 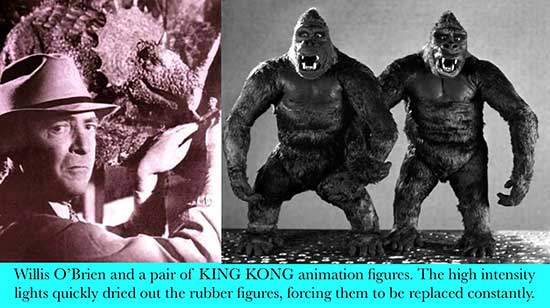 I’m going to spotlight the too often overlooked aspect that separates King Kong from The Lost World—sound. Kong featured never before attempted innovations in both music and effects. In 1933, full synchronous sound had only existed for about five years. Early “talkies” were exactly that—eighty-minute gab fests performed in front of static cameras with intentionally muted background music.

RKO’s audio maestro, Murray Spivak, had already pretty much written the book on motion picture sound. For Kong he threw that book away, inventing modern sound design in the process. Hissing dinosaurs were created using air compressors, while Kong’s growls were a combination of lions roaring and other animal sounds, pitched lower and played in reverse. Giant footsteps were done with primitive foley, which wasn’t even a word at the time. Bear in mind, they were doing all this with microphones the size of softballs, each connected to banks of refrigerator-sized amplifiers. There was no digital recording; there wasn’t even audio tape recording. Sound vibrations were photographed onto specialized 35 mm film as an optical track. Mixing it down with music and dialogue was a tremendous challenge as early optical audio re-recording degraded quickly. Everything had to live on a whopping three optical tracks before going down to a single track for release. Innovative doesn’t even begin to describe it. 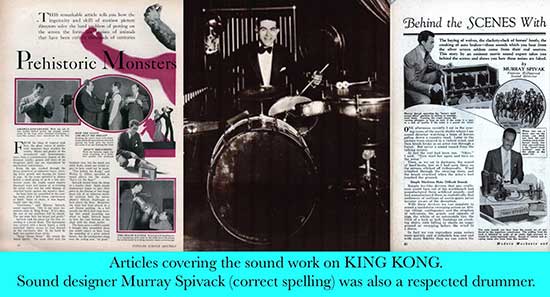 To cut costs RKO planned to drop existing library music onto the film. In their defense this was during the depths of the Great Depression. Director Merian C. Cooper was so horrified at the prospect that, at his own expense, he hired composer Max Steiner to create an original score. Inspired by the film Steiner went … bananas, scoring his music directly to picture to punch up every dramatic moment while assigning distinct musical themes to individual characters—all unheard of at the time. The result was forty-eight minutes of tribal drums, Wagnerian fanfares and subtle moments all packed into a one-hundred-minute film. Every great soundtrack including Star Wars and Jaws owes their inspiration to Steiner—and he did it all in six weeks!

Kong’s phenomenal box office success was an example of the right thing at the right time. Moviegoers mired in the Great Depression were swept away on an incredible adventure. The dinosaurs were thrilling, the music adrenalin charged, and audiences literally cried when that big ape tumbled off the Empire State Building. Its opening week set an all-time attendance record for an indoor event. Kong was a mega hit that defied expectations by making even more money when it was rereleased the following year, rescuing RKO Pictures from bankruptcy.

Despite being a technical marvel, much of King Kong’s success should be attributed to the film’s creators, who were genuine American originals. Kong was the brainchild of Ernest B. Schoedsack and Merian C. Cooper, a duo who personified the word macho. Cooper was a born thrill-seeker who’d chased Pancho Villa through Mexico before becoming a World War One pilot. During the course of the war he was shot down twice and eventually taken prisoner by the Germans. Following the war, he did a stint as a quasi-mercenary pilot for the Polish army in its war against the Soviet Union. He was shot down again, captured and managed to escape from a Soviet POW camp. After that he hooked up with Schoedsack, who’d already earned a reputation as a rough and tumble documentary producer. The pair traveled the globe, hanging out with Haile Selassie and even fighting off pirates. These two guys were packing so much collective testosterone that they could impregnate entire islands just by sailing past. 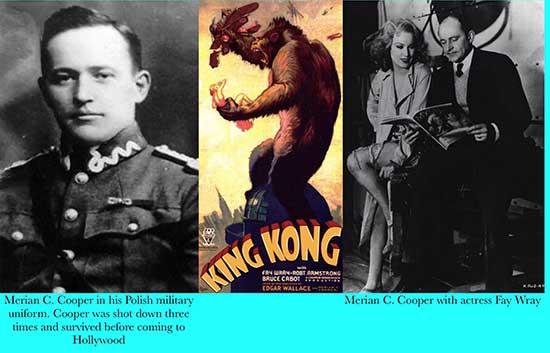 When it came time to write King Kong, they initially hired James Creelman (The Most Dangerous Game), but the resulting screenplay wasn’t exciting enough for Cooper. Not surprising as his original vision of King Kong involved having an actual gorilla fight a live Komodo dragon. I’m assuming Cooper would have oiled up and taken on the winner.

When it came time for a rewrite, they turned to writer Ruth Rose, who happened to be Schodsack’s wife. But this wasn’t a case of nepotism; Rose was a talented, independent, adventurous woman who’d met her husband on an expedition to the Galapagos Islands. Their honeymoon was probably spent boxing with hammerhead sharks. Knowing her husband’s tastes, Rose cut down Creelman’s flowery dialogue and upped the action quota while honing the taboo romance angle. She crafted all the film’s memorable lines, including that final poetic moment. Most importantly, she elevated the heroine, Ann Darrow, from cowering damsel to a smart, courageous and independent (for the time) young woman. Admittedly she’s not Ripley from Alien, but she still held her own against impossible odds.

In a weird bit of trivia, during Kong’s production, its star, Fay Wray, was acting in two movies at once. To save money RKO had Wray simultaneously star in The Most Dangerous Game, which was shot at night on King Kong’s sets. Game, also directed by Schoedsack, created the “madman captures humans to hunt” subgenre—a plot that’s been ripped off hundreds of times since. Yup, Schoedsack and Cooper created iconic genres while mere mortals slept.

And, just for the record, that final line of dialogue is said by Carl Denham. Standing next to Kong’s lifeless, bullet-riddled body he proclaims, “Oh no, it wasn’t the airplanes. It was beauty killed the beast.” Pure poetry.

A sequel, Son of Kong, was rushed into production, but, despite some nice animation, it’s just a pale shadow of its father. 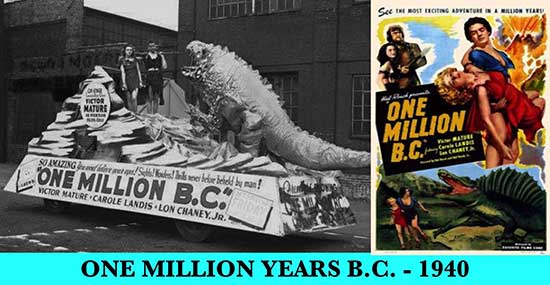 I’m basically acknowledging this film’s existence, which is about all it warrants. It’s NOT part of the countdown. The film’s dinosaurs are common lizards and baby alligators with rubber fins glued on, forced to fight in an egregious example of animal cruelty. That footage was reused in countless films including King Dinosaur (1955) and the ultimate so bad it’s good film, Robot Monster (1953). But twenty-six years later, the film was remade, and that one’s definitely making the list.

In the ensuing years dinosaurs remained popular but were consigned to low-budget productions. Often the dinosaurs were just retreaded stock footage from One Million Years B.C. On other occasions limited stop motion was utilized. Some have a cheesy charm to them, but remember, we’re only covering the milestones. Just to clarify, I don’t consider Godzilla a dinosaur—he’s something else entirely.

AND if you’re a fan of rampaging prehistoric monsters check out my new novel SCORPIUS REX, published by Severed Press. It’s available in paperback and eBook on Amazon and Barnes and Noble—because every scholarly article should finish with a shameless plug. 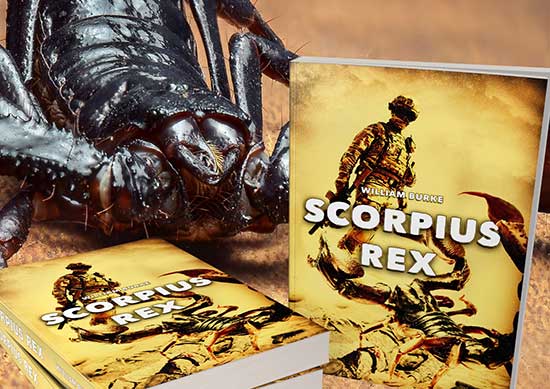 See Part 1 to the Road to Jurassic Park

See Part 3 to the Road to Jurassic Park

Tags The Road to Jurassic Park 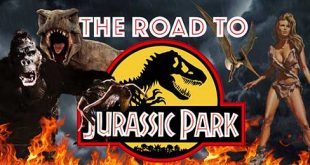 The Road to Jurassic Park – Part 1