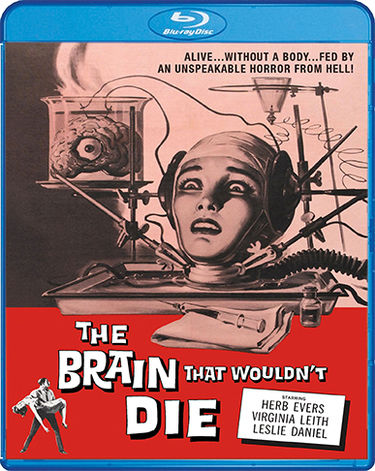 “Doctor Bill Cortner has been performing experimental surgery on human guinea pigs without authorisation and against the advice of his father, also a surgeon. When Bill’s fiancée Jan Compton is decapitated in an automobile accident, he manages to keep her brain alive. He now needs to find a new body for his bride-to-be and settles on Doris Powell, a glamour model with a facial disfigurement. Jan meanwhile doesn’t want to continue her body-less existence and calls upon the creature hidden in the basement, one of Bill Cortner’s unsuccessful experiments, to break loose.” (courtesy IMDB)

I’m your host, Nigel Honeybone, here once again to test your tolerance with the sort of film that, had they foreseen it, would have made the Lumiere Brothers realise the long-term harm they would cause, scrap their invention and go into the hairdressing business. On the other hand, Thomas Edison would have kept at it even had he known, because he wasn’t really the benign man played on-screen by Mickey Rooney and Spencer Tracy, but a ruthless self-serving capitalist, happy to screw over anyone for a quick buck. You see, Tom? I told you I’d get back at you sooner or later for refusing me that credit in Frankenstein (1910)! 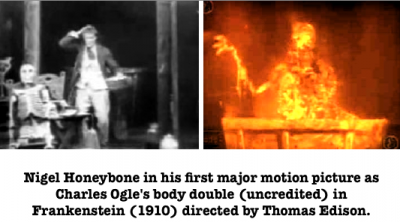 I’m digressing already. This week’s feature is the 1962 celluloid crime against good taste, The Brain That Wouldn’t Die (1962). Actually it was made in 1959 but common sense prevailed for the next three years. The story-line concerns a Mad Scientist, one of thousands in the history of world cinema. Nowadays Mad Scientists make it easy for us to spot them by helpfully identifying themselves as Creationists. But this week’s madman of science is doing the wrong type of creating. You guessed it! He’s trying to play God, so it can hardly be called a spoiler when I tell you he’s going to be punished for his presumption. This movie has the same message as the Tower Of Babel: Stay in your place or God will smack you hard!

By pure carelessness, our scientist comes into possession of a detached head containing the brain of the title, and thereafter makes some bad decisions. This movie inspired the Steve Martin film The Man With Two Brains (1983), and that alone makes it well worth watching. The Brain That Wouldn’t Die was directed and co-scripted by Joseph Green, who was unwisely allowed to direct a second movie, The Perils Of PK (1986), another one of those terrible films with a good cast. Sammy Davis Junior, Dick Shawn, Larry Storch and Louise Lasser were among those who made the baffling decision to become involved. Afterwards it was back to obscurity for Joseph Green.

It could have been worse. This fiasco was produced and co-written by Rex Carlton, who made the less-than-sensible decision to finance a film with money borrowed from The Mob. When he couldn’t repay the loan, he killed himself rather than face their wrath but, as they say, you can’t keep a good man down. Despite committing suicide in 1968, Rex is still listed as Executive Producer on no less than four films: Nightmare In Wax (1969), Blood Of Dracula’s Castle (1969), Rebel Rousers (1970) and Hell’s Bloody Devils (1970). 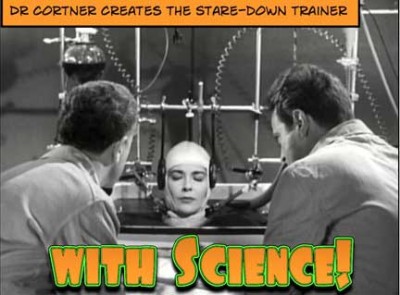 Playing Doctor Bill Cortner, the scientist deficient in moral fibre, is Jason ‘Herb’ Evers, who had minor roles in such films as The Green Berets (1968), The Illustrated Man (1969) and Basket Case II (1990), but mostly he worked in television. From the sixties to the eighties he appeared in just about every American television show produced during that period. Readers who remember the western series The Guns Of Will Sonnett (all three of you) in which Walter Brennan and his grandson were forever searching for the boy’s father, may recall Evers turning up occasionally as the object of their quest.

Virginia Leith plays Jan-In-The-Pan, whose analytical faculties show no sign of damage from what was surely more than four minutes deprivation of oxygen to the brain, when her head was sliced off in the crash, extricated from the burning wreckage and carried to the house. Nevertheless she is still able to discuss well-reasoned existential concepts. That’s the sort of brain Doctor Frankenstein needed for his creation! And doesn’t she do well to hold articulate conversations, despite the lack of lungs and vocal cords? 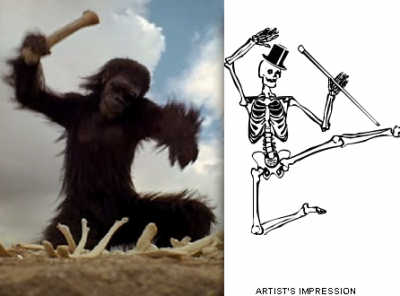 Virginia Leith was a former model who had a key role in Stanley Kubrick’s first film, Fear And Desire (1953), a film he wasn’t very happy with and later made hard to find. I think Stanley was a genius whose only failing was editing me out of 2001: A Space Odyssey (1968). He had me sing a spirited rendition of Dry Bones but then decided that, like the pie fight in Doctor Strangelove (1964), I was jarringly out-of-place and removed me from the final edit. I didn’t agree with his decision but was too good-natured to make a fuss about it. Virginia retired at the end of the fifties when she married actor Donald Harron. Her step-daughter, Mary Harron, directed I Shot Andy Warhol (1996), The Notorious Betty Page (2005) and my personal favourite, the excellent American Psycho (2000). When the marriage ended in the mid-seventies, Virginia appeared in a few television shows but by the end of the decade, she retired again and stayed that way.

The rest of the cast are virtual unknowns, like Adele Lamont who plays Doris the unwilling body-donor, and Leslie Daniels as Kurt, the Mad Scientist’s inevitably deformed assistant. This is the high-point of their careers. From Kurt’s point of view, the movie should have been called A Farewell To Arms – get it?! I’ll digress for a moment to respond to the person who sent me the unflattering email saying that my puns are of such a low standard I ought to write for the six o’clock news. Such accusations are entirely unfounded, and can only be motivated by envy.

Voyeurs who thought…sorry, I meant to say viewers who thought the cat-fight between the two shapely strippers was the best scene so far, will be frustrated to learn there exists a longer print of this film with three extra minutes of that very scene. The same voyeurs…viewers will be interested to know Peggy Howard, the final beauty pageant contestants to be introduced was played by Marilyn Harold, Playboy’s Playmate Of The Month in June 1959. Her other films include Frankenstein Meets The Space Monster (1965) and In Like Flint (1967), where she had the pivotal role of Amazon Number Eight.

I wonder who won the beauty contest, and why did potential body-donor Donna want to see the beauty contest in the first place? Anyway, just like Frankenstein, the real monster was the Mad Scientist and not his creation. The mostly ‘armless Kurt didn’t lose that much blood in the laboratory, and none at all upstairs, despite spending several minutes there. Some pools of blood would have alerted Doris to the danger she was in. Still, it turned out nice again, saved by the monster in the closet which, at first, sounds like he’s got a Tasmanian Devil in there with him. 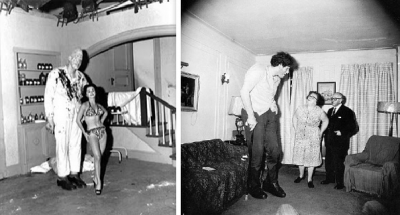 The monster was played by Eddie Carmel, who was born in Tel Aviv in 1935 and grew to the height of seven feet seven inches, which is about 230 centimetres in newspeak. Eddie had the misfortune to suffer from acromegaly, the same disease that struck down our own beloved Rondo Hatton. Eddie achieved some fame in 1970 when noted photographer Diane Arbus took a picture of him she called Jewish Giant At Home With His Parents. Sadly, he died from glandular disease just two years later.

When the monster finally comes out of the closet (so to speak), takes a big bite of his maker and then carries the pretty girl away, it’s one of the few times in cinema that a monster has carried off a beautiful lady for the right reasons. He saved her life, and his heart is in the right place – if little else. Jovial Jan has the film’s last moments to herself, but what happened to Doris and the monster? Is it too late for a sequel? I hope so. Anyway, none of this would have happened if Doctor Bill hadn’t been driving faster than was necessary and crashed his car. The film’s real message is Drive Carefully, or Strike Now While The Irony Is Hot. Both readings are valid, I think. Post-modernists would agree. Anyway, having demonstrated to you the perils of probing the depths of the Public Domain, I’ll vanish into the night, after first inviting you to rendezvous with me at the same time next week when I discuss another dubious treasure for…Horror News! Toodles!