Home | Articles | Feature Article | The Secret Fate of All Life: The Horror of True Detective

“Touch darkness and darkness touches you back.”

Despite the fact that it was released in 2014, one of the most terrifying, visceral viewing experiences that I cannot seem to shake is the masterful first season of True Detective. 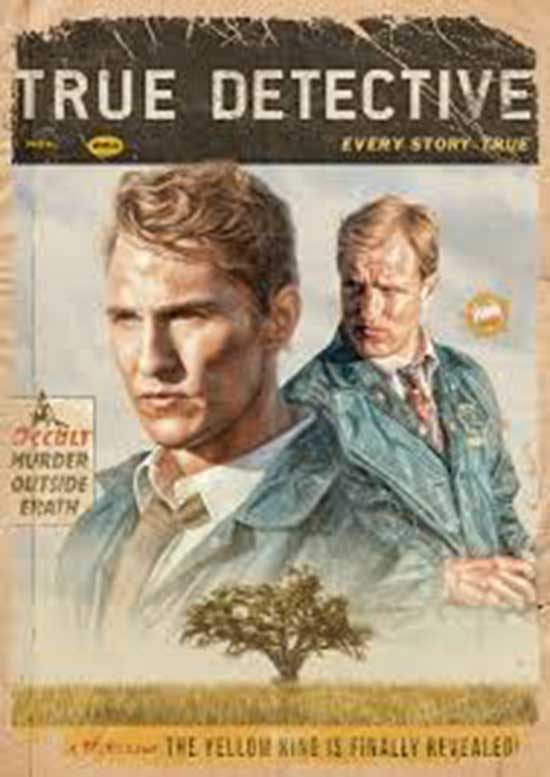 If for some reason you haven’t seen any of True Detective (or at least the first season) and you were to give it a quick Google search, your first impression may be that this is a Crime Drama. Then, when you see an illustrious cast that features Matthew McConaghey, Woody Harrelson & Michelle Monaghan you’d hardly expect a blend of pulpy, hardboiled detective fiction mixed with a sizable dose of weird fiction straight out of an H.P. Lovecraft story.

Make no mistake, despite the thin veil of a highbrow buddy-cop mystery, True Detective is unequivocally a horror series.

At the end of the first episode, I immediately knew I was viewing something unique. From the jump, you are drawn into the story through the eyes of Detectives Marty Hart (Harrelson) and Rustin Cohle (McConaghey), who are being interviewed by the Louisiana State Police in 2012, 17 years after they discover the body of a young prostitute bound at the hands and feet with various tribal markings and donning a tiara made of antlers. Uneasiness sets in, whispers of a satanic ritual are uttered and a continuous sense of dread continues to build until you feel as if you can’t breathe. 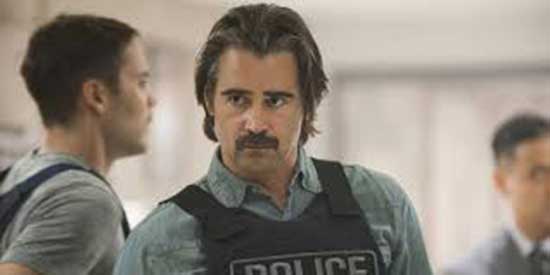 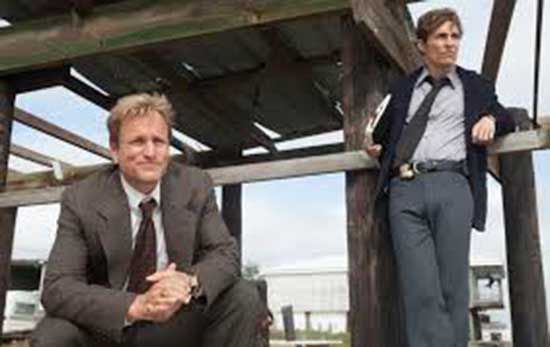 It is clear early on that there is something very, very strange going on in the far reaches of the Gothic southern Louisiana Bayou. As Hart & Cohle uncover what they think are more clues, the weird nature of these crimes truly begins to come into focus. Stories of a “Green-Eared Spaghetti Monster” chasing a young girl through the woods are described, complete with a truly unsettling (albeit almost comical) police sketch. The diary of the aforementioned murdered woman is uncovered with fantastical writings of being imprisoned in Carcosa under the thumb of the “Yellow King.” Are the strange visions Cohle sees from time to time truly a result of past psychedelic drug abuse, or something more sinister? What is up with all of the Blair Witch-esque stick sculptures?

While True Detective flirts with the supernatural throughout its first eight episodes, it doesn’t fully go there. Sure, there are the previously mentioned nods to Lovecraft and more specifically, Robert W. Chambers, whose book of short stories The King in Yellow is heavily referenced and directly quoted. Cohle’s musings while being interviewed by Detectives Papania (Tory Kittles) and Gilbough (Michael Potts) capture the demented, hopeless thoughts of a world-weary ex-cop who has a devastatingly bleak outlook on life after years of seeing the worst side of humanity (and drinking enough Lone Star to keep the company in business by himself). Most of Cohle’s nihilistic soliloquies, while showing shades of Nietzsche, are more directly influenced by Thomas Ligotti’s 2007 non-fiction work The Conspiracy Against The Human Race, almost to a fault. The Conspiracy Against The Human Race contains several essays detailing views of philosophical pessimism, which Cohle overtly tells Hart is his outlook on life when he tells him that he “isn’t good at parties.” 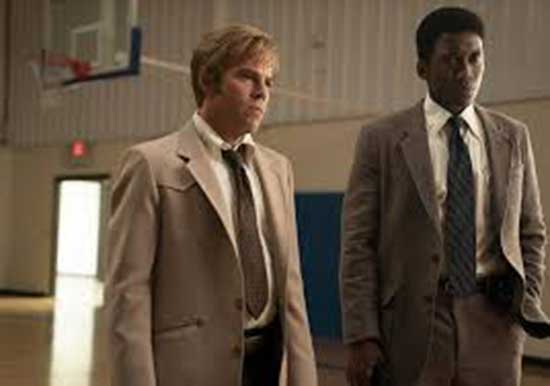 Cohle calls human consciousness a “tragic misstep in evolution” and believes that all of humanity operates under a false sense of having an identity. Basically, it is his assumption that everyone thinks they are someone when they really are no one and the best thing for the world would be for humans to go the way of the dinosaurs and cease to exist. It truly is a hell of an outlook to have.

Whether or not you buy into Rust Cohle mindset, McConaghey does such a good job selling it that it can’t help but make you think if he’s onto something. Mid-way through the season, Hart and Cohle infiltrate the hideout of Reginald and Dewall LeDoux, two meth-cooking pedophiles who may or may not be the murderers they have been looking for the entire time. They go in, guns blazing, and what they find changes the course of their lives. Our Detectives discover two missing children who have been imprisoned and gone through unimaginable and unspeakable abuse, which is disturbing and beyond horrifying. 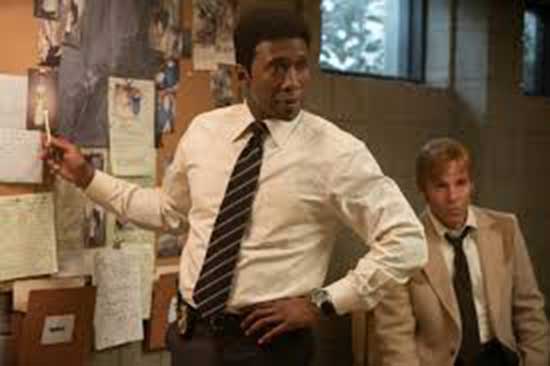 However, what really shakes you to the core is Cohle’s recollection of the story intertwined with his pessimistic views. Because “time is a flat circle,” Cohle claims, these children are destined to go through the same abuse over and over again, for all eternity. Think about that for a second. Not just in terms of what happens in the show, but in your life. All of your failures, pain, misery, disappointment and regret follow you over and over across the plane of existence. Destined to be repeated without you even being aware.

Those unsettling thoughts linger with you and are what makes True Detective one of the scariest television shows made in recent memory. Sure, there are “monsters,” but thinking about your life as a void that lacks any meaning or purpose is scarier than anything else Cary Fukanaga and Nic Pizzolatto could dream up. 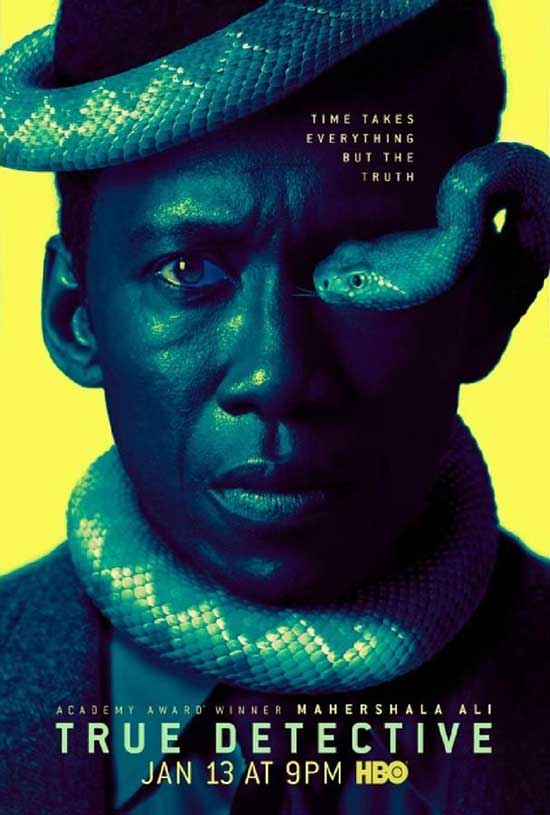 While the first season of True Detective was a huge hit for HBO, the second and third seasons have had a more lukewarm reception. In my opinion, the second season, while disjointed and confusing, is nowhere near as bad as people remember (shoutout to Colin Farrell’s Ray Velcoro). Season three, while not quite as good as the masterpiece that is season one, was mostly a return to form — more on that in a later article. Pizzolatto has stated that he would like to return for a fourth season and I for one, am hoping for more Rust Cohle than the quick tease we got towards the end of season 3. 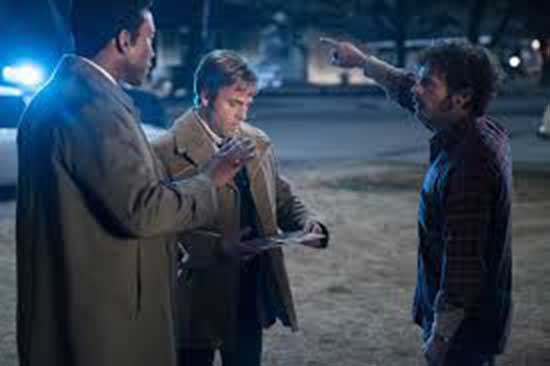 While True Detective is unfortunately not part of the nearly 500 hours of streaming content made available by HBO for free due to COVID-19, all three seasons are available if you are an HBO subscriber. Time truly feels like a flat circle at the moment and while I hope it isn’t, there may not be a better time to watch or revisit True Detective.