Horror fans have an on-and-off relationship with anthology shows. Historically, the television (and now, streaming) landscape is littered with the corpses of great but short-lived shows. Some of these Ghosts of Anthologies Past deserve to be given a second look, and for many, YouTube or DailyMotion are the only way for average viewers to check them out. Here’s a guide to these often obscure freebies, which determined searchers can find with a little effort. Watch ‘em while you’ve got ‘em, as they can disappear at any time.

Journey to the Unknown (1968), has massive horror cred. For one, it marked Hammer’s first foray into a television series (co-produced with 20th Century Fox Television.) Second, Alfred Hitchcock’s legendary right-hand woman, Joan Harrison, served as the executive producer. Third, many of the episodes were based on stories or scripts by horror/sci-fi greats Charles Beaumont, Richard Matheson, and Robert Bloch. Each episode featured a well-known American television star, with support provided by prominent British actors. Some episodes are more Twilight Zone than classic Hammer, but at least two remain terrifying more than a half-century later: The New People (based on a Beaumont story) and Matakitas is Coming,” starring Hitchcock blonde Vera Miles. Journey to the Unknown was shown on British late night TV for years after its initial release, but it’s not well-known in the US. There is no official streaming or Region 1 official DVD for US audiences, although you might find bootleg discs online. 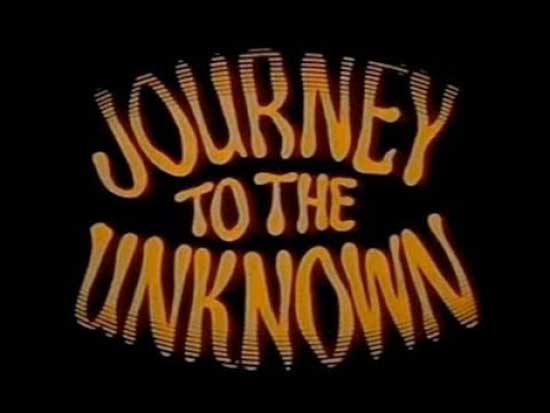 The Evil Touch (1971-1972), was an Australian-American series produced for the syndication market. Sadly, it seems to have dropped off the face of the earth. The only footprint can be found on a few bootleg DVD sites and a set of grainy VHS captures on YouTube. Which is a shame, because this series — filmed on location in Australia — has a lot going for it. Each episode stars a well-known American actor (including Night Stalker’s Darren McGavin) with Aussie supporting talent.The Evil Touch’s host was Anthony Quayle, the distinguished British big-screen actor known for playing Roman patricians in sword-and-sandals movies. One episode was reportedly written (under a pseudonym) by a pre-Rocky Sylvester Stallone. The VHS transfers on YouTube aren’t great visual quality, but they include the memorably creepy McGavin episode, A Game of Hearts. 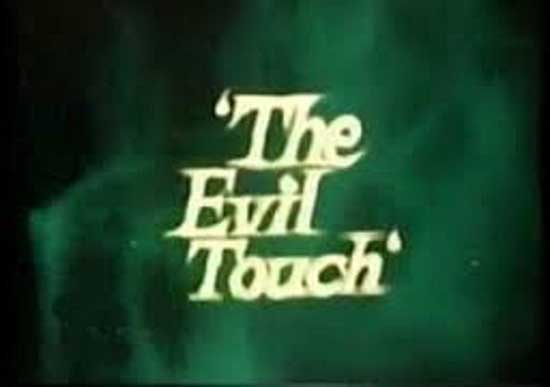 West Country Tales, 1982-83, was a BBC series and probably the most obscure production on this list. Except for YouTube, it barely shows up in online searches. The Beeb made 13 spooky episodes based on local legends submitted by readers. All episodes take place on the West Coast of England. Unusual for the anthology format, most of the stories are narrated like a literary reading, with only sporadic dialog from the actors. The episodes on YouTube are relatively poor VHS captures, but the storylines are strong, if you like quiet but chilling horror. “The Visitor” and “Breakdown” stand out as memorable episodes. 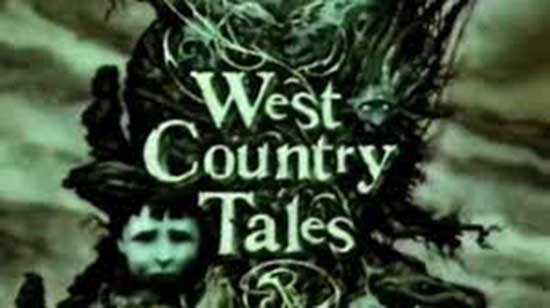 Fox Mystery Theater aka Hammer House of Mystery and Suspense, 1984, marked Hammer’s third attempt at producing a television series. The company returned to its joint partnership with Fox Television to release 13 movie-length episodes. While some are uneven, most are worth the viewing time, including a genuine knock-out story, In Possession, which features erstwhile anthology queen Carol Lynley and Dynasty’s Christopher Cazenove as a London couple experiencing unexplained ghostly visitations. A now out-of-print Region 2 DVD of Hammer’s House of Mystery and Suspense (British title) was released for the UK market, but there’s never been a US version. (The Region 2 official DVD goes for more than 200 bucks on Amazon UK!) There are a handful of episodes on YouTube and more on DailyMotion; bootleg DVDs can be found online. 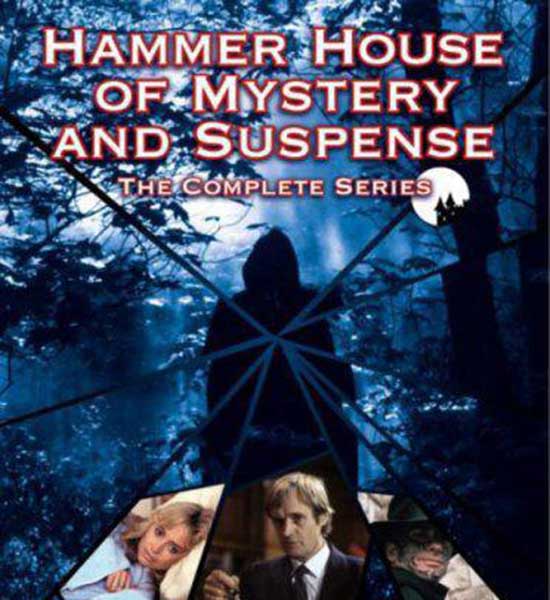 She Wolf of London 1990-1991, was a 21-episode comedy-horror series co-created by Mick Garris (Masters of Horror). It featured Kate Hodge as a young American graduate student in London who is bitten by a werewolf and then becomes one. (It’s not really relevant to the lassic horror from the 1940s of the same title.) She teams up with her handsome professor, played by Neil Dickson, to solve supernatural cases. Although the comedy outshines the horror, the shows are worth watching, with some pretty good transformation scenes for the era. The show was later moved to LA and retitled Love and Curses, but only lasted for a short time after that. Watch the pilot movie and several episodes on YouTube; the complete series is readily available on DVD and not expensive. 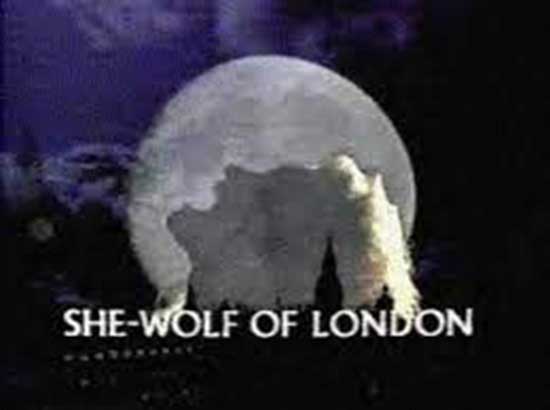 Night Visions, 2001-2002, was unceremoniously dumped by Fox without a fair chance to find an audience. The series was hosted by a relentlessly buff Henry Rollins and features hour-long episodes divided into two different story segments. The show attracted a surprisingly large amount of big-screen talent, including Bill Pullman, Malcolm McDowell, Brian Dennehy, and Aidan Quinn.. In addition, legendary horror directors Joe Dante and Tobe Hooper helmed two segments each. The stories are Twilight Zone-influenced, but often much darker. This series has aired on the Syfy and Chiller channels, but there’s no box set available and it seems sadly forgotten. A standout segment is the memorably gruesome A View Through a Window, starring and directed by Pullman. 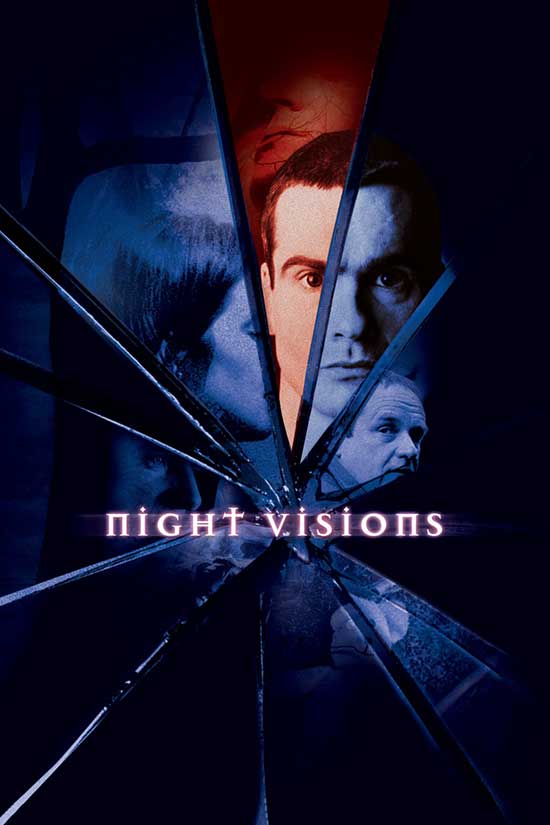 The Nightmare Room, 2000-01, may be R. L. Stine’s scariest series ever, yet it’s been sidelined by the better-known Goosebumps and The Haunting Hour. Narrated by James Avery aka “Uncle Phil,” the show was teen-oriented, but offered plenty of appeal to horror-loving adults. One episode stars Robert Englund, and another features Hitchcock blonde Tippi Hedren. This series is also noteworthy for showcasing numerous young actors who went on to achieve household fame in the later 2000s, including Shia LaBeouf, Kaley Cuoco, Drake Bell, and the Sprouse twins. Locker 13 and Tangled Web are stand-out episodes. Despite the Stine pedigree, only a few episodes are on disc; a complete DVD set doesn’t seem to be available. On YouTube. 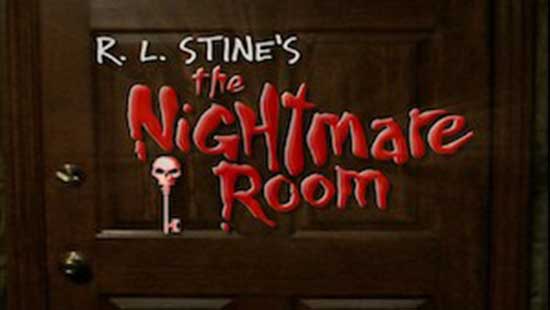 Way Out, 1961, lasted for only a half-season on CBS. The half-hour series was hosted by British children’s author Roald Dahl (Charlie and the Chocolate Factory) and competed for attention with Twilight Zone and Boris Karloff’s Thriller. Of the three, Way Out is the least known but the most macabre. In fact, it may have been too creepy for an early 60s audience. All but four of its 14 episodes are posted on YouTube. Memorable episodes include Side Show, starring Murray Hamilton and Doris Roberts (Everybody Loves Raymond.) As far as we know, YouTube is the only way most people can see this weird, skin-crawling series, unless they want to physically visit the CBS archives at the Paley Center. The YouTube freebies feature a bonus: vintage ads from the show’s sponsor, L&M cigarettes. 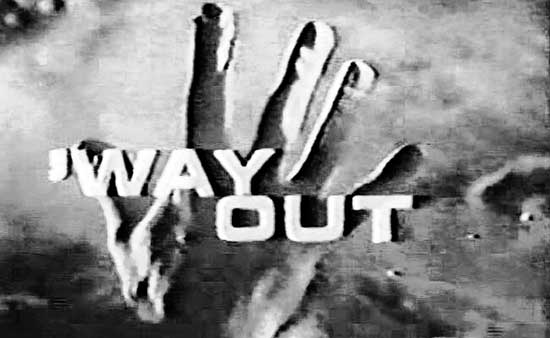 Suspense, 1949-1954, was a half-hour televised version of the popular CBS radio series with the same title. It was recorded  live in Kinescope, which gives the shows a uniquely eerie feeling. Stories run the gamut from noirish crime dramas to Gothic tales from Poe, with vintage commercial breaks from the show’s sponsor, Auto-Lite. Bela Lugosi and Boris Karloff both guest-starred; Rod Serling contributed one script. Robert Mulligan, the celebrated director of To Kill a Mockingbird, directed more than 30 scripts. The Lugosi episode is one of the better ones posted on YouTube; it’s an excellent adaptation of Poe’s “A Cask of Amontillado”. Suspense is also streaming now on Best TV and some episodes can be found on DVD. On YouTube. 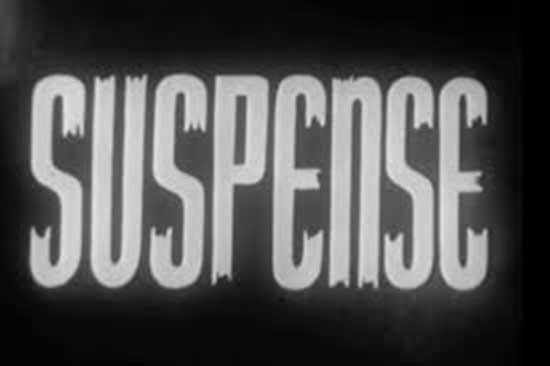 Ghost Story/Circle of Fear (1972-74) has a rich horror pedigree. It was created by Richard Matheson and produced by William Castle. Unlike the other entries on this list, there is a Region 1 DVD set of its 22 episodes readily available—but rather pricey. Sadly, this was another great anthology show that died on the vine from poor network treatment. In the beginning, each hour-long segment (less commercials) was introduced by Sebastian Cabot (Family Affair), as the owner of a swank hotel whose guests always seemed to have a brush with the supernatural. Midway through the show’s run, producers changed the title to Circle of Fear, and dropped the Cabot framing device. Guest stars included Janet Leigh and a pint-sized Jodie Foster. Many eps of this series are outstanding, including the Foster one, House of Evil. 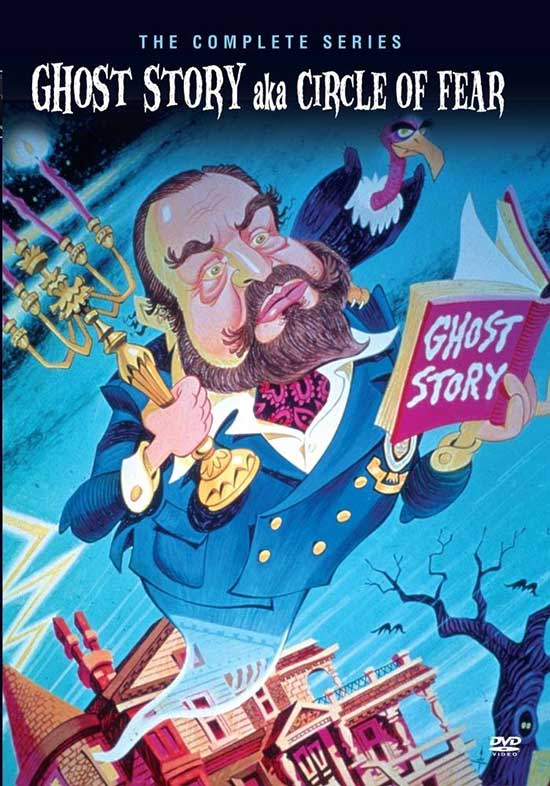