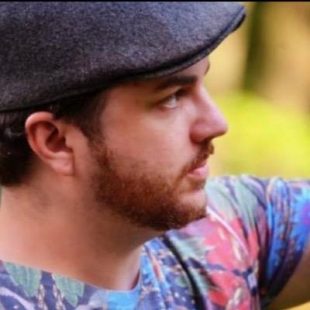 Where did the idea for Human Hibachi come from?

The idea from Human Hibachi came about when I was out to dinner with my brother in law and wife. We were eating at a Hibachi grille. I believe we were having a few drinks and the idea arose, “what if they were cooking up human meat for us to eat?” The rest is history.

Did you have a specific strategy when writing the script?

I don’t have any certain strategy when writing the script. Writing is typically the hardest part for me because if I stop, I don’t finish. I have to write the script quickly and then go back and fine tune it. I write from start to finish as it comes. 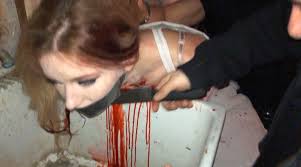 How does HH differ from other found footage films?

HH is different from other found footage films in the sense that I don’t use a ton of the “shaky” camera movement. The critics who have watched it have notated that. Also, there is music in it, as you will see why when you watch.

I would compare Human Hibachi to a touch of HOSTEL, a sprinkle of the original Texas chainsaw massacre, and a smidgen of Blood Feast. 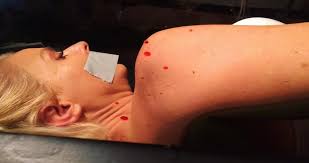 What filmmakers influence your directing style?

Eli Roth, Martin Scorsese, M Night Shyamalan, there’s a bunch, but I sort of just have my own style.

What was your biggest obstacle during filming?

The biggest obstacle during filming was using an iPhone to do this movie. Not easy. Also, everything had to be done in one continuous take. So if the scene was longer and something happened, I couldn’t just let the scene go and get it on a different take. I had to get it all in one take so I had to cut the scene and we had to do it again. So challenging.

What was your favorite day during filming and why?

My favorite day during filming was probably the final day. I did a scene where we cut the throat of a victim and blood poured out. It was very challenging to get it to look real and we pulled it off. Super cool. 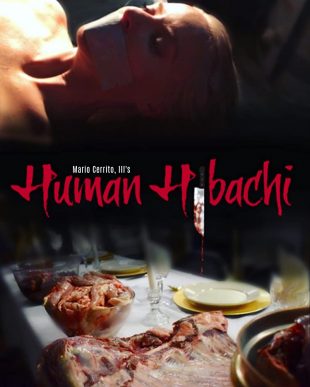 How close did you get to your vision from script to screen?

It’s pretty close. Obviously nothing is ever perfect from the way you write something to the way it ends up, but if at the end of the day your satisfied, you did a good job.

When can fans expect to see Human Hibachi?

Human Hibachi will finally be released this October! More news will come as to how and where they can watch it. 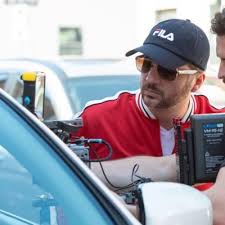 What’s next for Mario Cerrito?

I am currently working on a new script that is going to be co produced by a major player in the horror industry, I cannot reveal who just yet, but cannot wait until I can. Also, I have a film I directed last year, produced by Four Olive Productions, titled, One Night, that is nearing completion.