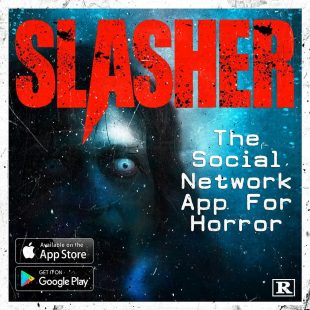 As of May 31, 2020, the free, independently-created social app, designed to bring the horror community closer together, will celebrate its first year online.

To commemorate the anniversary, Damon has shared the story of how Slasher came to be, as well as some of his experiences over the past year (www.slasher.tv/yearone).

In May of 2019, the first version of Slasher was released to the public, on iOS and Android in the U.S. and Canada, to little fanfare. Originally designed as an experiment, it began to catch on. It wasn’t until the subsequent release of 2.0 that it found an extremely passionate and loyal base of horror fans and professionals, many of whom often share stories of how Slasher made a difference in their lives. With a very lofty goal of giving everyone in the horror community a chance to connect with one another, from fans to professionals, creator Damon Della Greca has been working tirelessly to deliver. Now, celebrities, producers, directors, and major media outlets in the horror genre can be found mingling and enjoying themselves with everyone.

Not only has Damon added some fun features, such as a useful events calendar, and a database of over 10,000 of the more popular horror movies out there (no streaming, more like a Letterboxd for horror), but he has a very substantial list of new features that are in development or going into development soon. His passion is certainly no secret, as he makes himself available to anyone on the app who has a question, an issue, suggestions for features, or even just to have a chat.

Slasher’s care for and interest in the independent horror creators is also very clear. When the world began to shut down, due to the COVID-19 pandemic, the “50+ Things for Horror Fans to Do During a Pandemic” list was created. This list includes links to things like podcasts, books, free streaming movies, YouTube channels, and more. The primary goal was to help provide entertainment and a much needed distraction from the stress and anxiety of the global situation. The list has grown to nearly 100 things since (www.slasher.tv/50things). A playlist on Spotify was created to help promote the many talented musicians who are on Slasher (open.spotify.com/playlist/0XBtcDAKwco4Jpd30PRELy). A couple of film festivals & competitions were sponsored by Slasher, including the Quarantine Short Film Competition (sinisternights.com/info/audienceVote), which showcased short films made under quarantine with basically no budgets. Ads have also started to appear, in order to support the free app, which will ultimately be offered to promote horror-related goods and services to anyone interested.
###

Slasher is the social network designed for horror fans & professionals. It has been available since May 2019 on Android & iOS (U.S. & Canada). Learn more at: www.slasher.tv 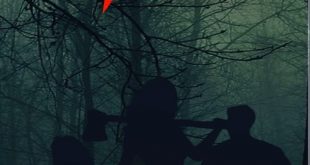