Hello Reine, thank you for taking the time to do this interview for Horrornews.net – How are you doing and I hope you are staying safe with everything going on.

Hi Janel, It’s an honor and thank you for supporting independent films like ours. I’m doing well under these circumstances thank you. It’s a strange time and hoping it will pass sooner rather than later. And yourself?

Please tell us about Heks and how this idea manifested for you?

Heks is a film about a girl, Dilanne, played by the British / Australian actress, Coco Lloyd, who unravels her late mother’s mysterious past. This leads to a witch doctor in South Africa and she becomes trapped in a curse. 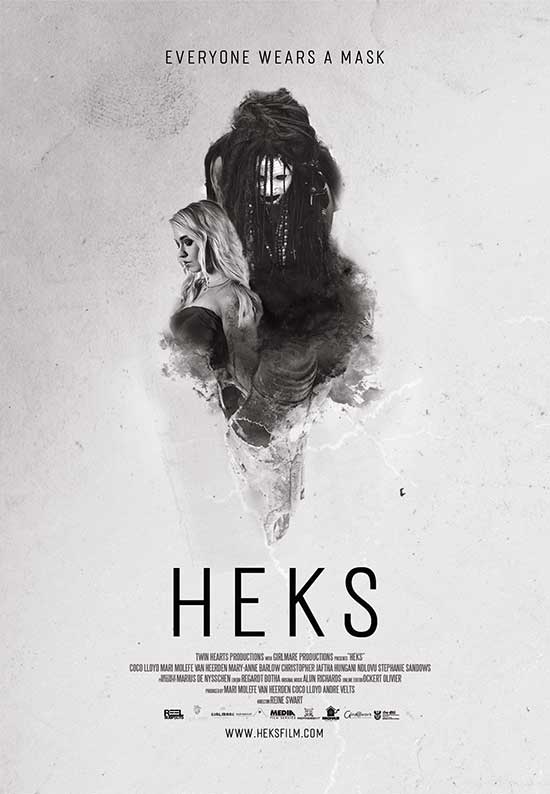 After working on the Lullaby I started working on this idea and incorporating witch doctor myths into the story. In 2018 I made a short film with producer, Coco Lloyd, and then started talking about this horror feature. We then teamed up with producer Mari Molefe van Heerden and then Andre Velts to make Heks.

Is there a meaning or origin of “Heks” and the mask used in the movie? It is frightening yet, beautiful.

Thank you. Yeah, Heks means “Witch” in Afrikaans. It refers to the witch doctor in the story. It is ambiguous as it also sounds like “hex” in English which refers to the curse Dilanne finds herself in.

The mask is a symbol that everyone wears a mask figuratively. It plays a big part in the film. I grew up in a home where we decorated walls with African wooden masks. All unique and handmade. I always found myself staring at them and wondering what is the story behind them.

What was it like for you directing the cast?

The film has a strong female trio, Coco Lloyd as Dilanne, Mari Molefe van Heerden as Anathi and Mary-Anne Barlow as Kelly. They all have their own unique style and it was wonderful to direct according to what I see on the monitor. I’m usually in front of the camera and that helped me to understand where they find themselves in a scene.

We had a South African celebrity couple on set as well, Hungani Ndlovu and Stephanie Sandows. They made it easy with their natural chemistry.

All the other amazing actors such as Christopher Jaftha, Roshila Jarosz, Juan-Pierre Moller, Roy van Eck and more were lovely to work with. Rowan-Raine Pretorius was our youngest cast member, at the age of eleven she finished High School and was truly a tremendous surprise on set. Overall a really wonderful experience to work with such a talented group of people.

What can you us about the special effects?

Lieschen Koch is an incredible young special effects makeup artist. She’s brilliant. We did tests beforehand to make sure everything works and she’s just been on point from the get go. Had a lot of fun in this department and focused a lot on her work as opposed to visual effects. There’s something magical about it when you can see the effects on set.

Our Special Effects supervisor, Charlie Ramatutu, together with Christiaan Joubert are also wonderfully talented. It is devastating that Charlie passed away this year. He was an amazing person to work with and we were all honored to have him on set.

What would you say to the people who will be watching Heks?

First of all, thank you so much for the support. It’s horror with an underlying dramatic storyline that explores Dilanne’s unique journey. If there’s a specific scene in the film that you find really fascinating, then I would be so pleased. I’m one of those people who likes to youtube specific scenes that I like and watch them again and again. Hope you find a scene like that in Heks.

A film’s crew works incredibly hard. I believe all will appreciate the phenomenal camera work done by the Director of Photography, Marius de Nysschen and his team. A film is also nothing without great lighting, grips and sound. Again we were fortunate with Grant van Vuuren and Werner Nortje with their teams. Last but not least an Assistant Director has a complicated job and we were kept on track by Potego Matseke. I could go on and on about the significance of each and everyone who works on a film… There’s so many “unsung heroes” behind the scenes of a film.

I know a lot of us are working from home and everyone is sort of doing something different. Are you working on anything else?

No not working on anything else at the moment. Just wrapping up on Post on Heks.

Thank you so much Reine for taking the time to do this interview. Stay well and stay safe. Thank you.

Thank you Janel, appreciate it and you too. 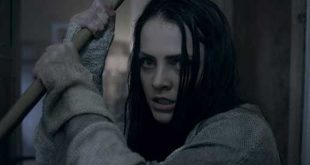