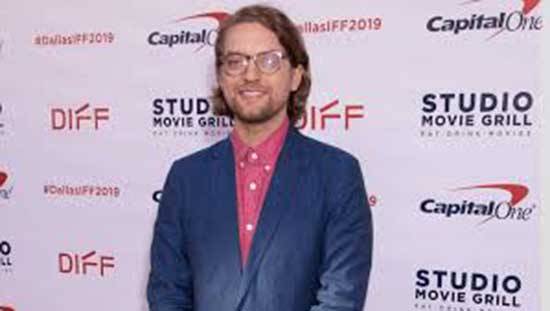 Directed by Chad Werner, A PERFECT HOST follows a group of friends whose dream vacation at an isolated lake house turns into a nightmare when they are interrupted by its health-obsessed owner. Ahead of the film’s release on DVD and Digital from Uncork’d on February 4, we spoke to the filmmaker about the terrific chiller.

Tell us about the film’s conception, Chad… when, where, how?

Chad-I was itching to make a feature for a while– I come from a sketch comedy background in Austin, TX, and had pitched a sketch to my collaborators a few years back that was the rough bones of this story: a couple signs up for a cycling class with a Groupon, but when they get to the class it’s a strange Norman Bates-type guy running a work out class in his basement. My buddies deemed it a little too dark for our comedy show, rightfully so.

I couldn’t get the concept out of my head however, so a horror movie was born out of the things that scare me the most: fitness freaks and renting strangers’ home on the internet. 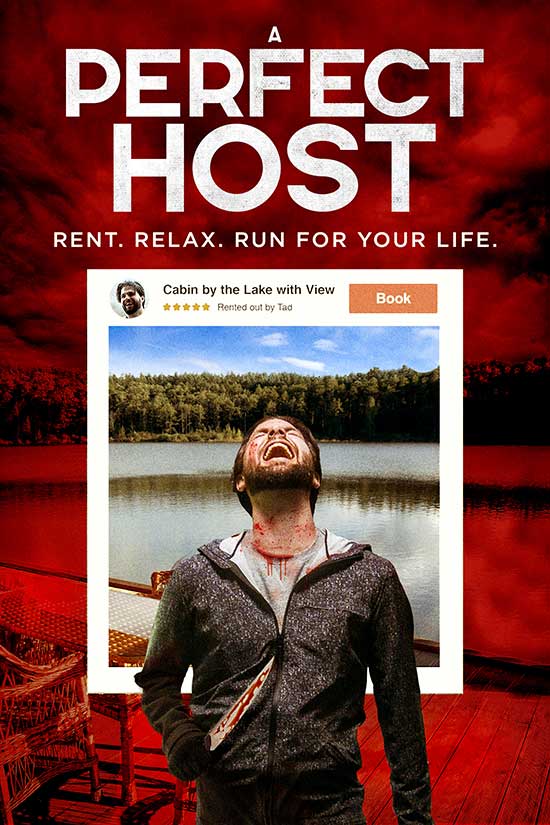 And how long ago had the idea been bubbling away?

Chad-I had the concept for a year or so, but hadn’t done much with it. Then I started talking the idea over with Emily Hiott (she plays “Becca” in the film). We started spit balling ideas about work-out cults and vacation stories gone wrong. That was probably November of 2017. I wrote the script and then we started production in February 2018. A pretty quick turnaround, but the story kind of wrote itself.

And when did filming begin?

Chad-February 2018, it was a quick 11-day shoot. Thanks to an awesome excited team of local Austin filmmakers and my two producers Grace Potter and Jon Michael Simpson (who also plays “Cory” in the film) we were able to get it done.

Was that your own neck of the woods – which I believe is Oklahoma – you shot at?

Chad-No, that was just outside of Austin where we shot the film. I was born in Oklahoma City, but I spent most my life in Texas.

Was it difficult to obtain those locations? There is some incredible terrain in it…

Chad-Thank you! That definitely was the biggest part of pre-production was finding the right house and location. I wanted to make sure it felt isolated and creepy enough, while still fitting the constrains of the story. When talking with homeowners, telling them their house is “just creepy enough” can be a hard sell. Thankfully we found this great location and they let us have free reign. You can still rent the house on VRBO too. Please do, I think they’ll be happy to have the business. 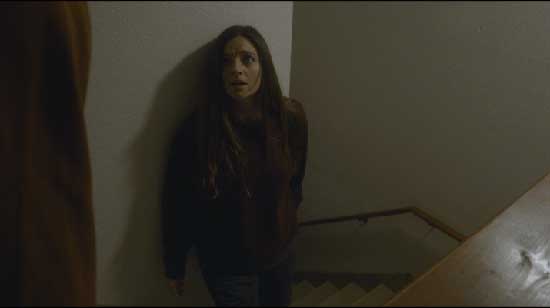 Everywhere else was used by begging and borrowing, literally. At one point we were shooting a scene where Tad is screaming at Sam and Avery on the water, shaking their canoe, etc. and our crew had been carried down river to a “meditation retreat” — a woman came out and angrily told us that we were interrupting their meditation… oops. I think our producer calmed her down, asked if we could please shoot a scene really quick. She was relaxed about it, must have been all the meditation…

What kind of direction did you give the cast before the shoot? Any specific instructions on how they play these folks?

Chad- We didn’t have a ton of rehearsal. Thankfully Jeff (Sam) and Katelyn (Avery) just immediately dove in and nailed the relationship. All I wanted was for it to be authentic, especially when compared to Tad and some of the more eccentric story beats. They made my job easier for sure. Jon Michael (Corey) and Emily (Becca) are old friends, and I just let them improv because some of their best stuff came out when they were just joking around. That’s true for most the cast.

Brady Johnson (who plays Tad) really brought the crazy to the character. We’re both from Texas and know guys who are a lot like Tad: slightly endearing, smiley, a little fanatical, but there is just something going on under the surface that makes you uncomfortable. Brady has a sweet face that can catch you off guard, and he’s incredibly smart and so he just created this socio-path. I was probably hardest on him though, I wanted Tad to be lovable, but extremely hateable at the same time. Brady rode that duality really well.

Did they have much time to get to know each other before filming? The chemistry is spot-on.

Chad-The fun thing about our film is that most everyone knew each other. Everyone from our producers, our DP, our P.A.s all have worked with as team before. My now-wife plays Janet in the film. We got to have a little bit of a summer camp experience because we all stayed at the house for the two weeks we were there. I think that really shows in the relationships on screen.

The only new person was Katelyn (Avery). When we were going to pick up Katelyn from the airport, I had this sinking anxiety, “What if she’s just an amazing actor, but an awful human being, are these next two weeks going to be terrible?”

Thankfully that was not the case, Katelyn fit right in and became a fast friend. When she wasn’t acting, I remember her helping the P.A.s reset the props and moving furniture. I remember telling her, “you don’t have to do that!” But that was just the cool energy on set, everyone was helping everyone… no ego.

Can you imagine the Hollywood version of the film though? What are the benefits of doing it independently, in your opinion?

Chad-Absolutely, and I’m sure it would serve its purpose: more blood, more cuts, louder, fast-paced, more set-pieces. There’s nothing wrong with that film either, if handled properly. We, however, wanted to get out there and make our artsy genre bending horror film on our own.

Making this independently gave us so much more freedom, but also limitations. I was sitting on set alone going over shots for the next day, we had a long shot list that was going to burn a lot of daylight. I looked around and realized we could do the whole scene in a oner. It would change our set ups but also save us time. So, the team got on board, set up a dolly, and we shot it that way. It produced one of my favorite scenes of the film. I wouldn’t have been able to capture that tension had I not been staying at the house, had we not had a crew up for the challenge. 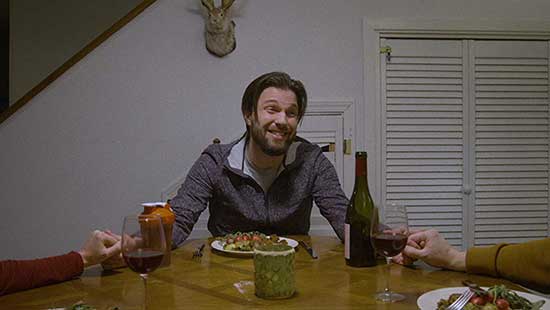 I truly believe the creative constraints that come with less time, less money, less locations bring out a creativity from the whole team that is far more exciting and it definitely shows in the final film.

Are you sticking with the genre for your next outing?

I’m always open for a horror/thriller! My next outing however will be a crime-comedy set in a fictional town in Texas. 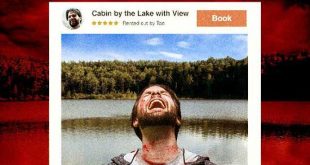 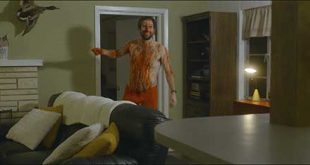