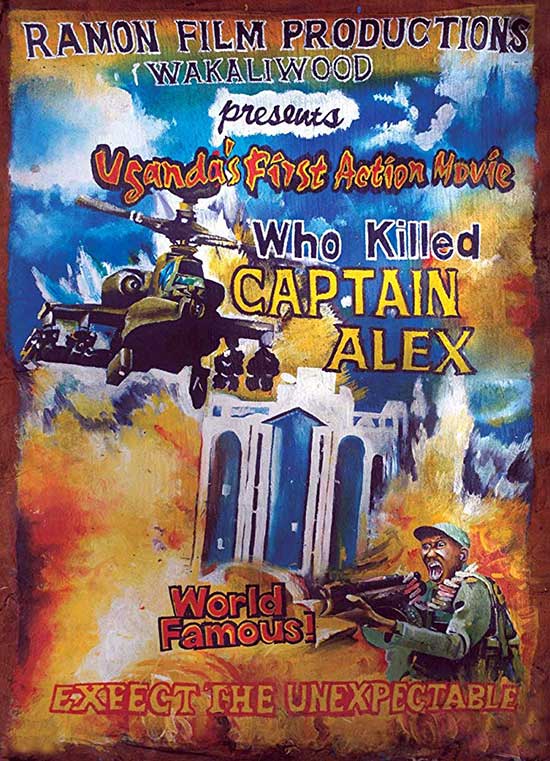 Uganda’s president gives Captain Alex the mission to defeat the Tiger Maffia, but Alex gets killed in the process. Upon hearing the tragic news, his brother investigates to avenge Alex, hence the title Who Killed Captain Alex.

Who Killed Captain Alex? was a couple of firsts for me. I’d never seen a movie with a budget of $85 before, and I’d never seen an action-comedy movie from Uganda (or, frankly, any movie from Uganda) before either. This movie was both. Some of you may have heard of it, or at least, have seen some of the internet memes spawned by the film. The Uganda Knuckles memes, for instance, was a response to this film. The question is: was Nabwana I.G.G. (who wrote, directed, and produced) able to make a decent film with only $85 to his name?

In Who Killed Captain Alex?, the titular character is a highly decorated officer in the Ugandan People’s Defense Force. He is given the mission to lead a special task force in taking down the Tiger Mafia, a criminal organization that’s been in control of the city Kampala. Their leader, Richard, completely blows his stack when his brother is captured by Captain Alex’s forces during a raid. Richard manages to get a spy in Alex’s camp, hoping to kidnap the man so Richard can force him to reveal his brother is being held. However, the plan goes awry, when Alex getting killed right when Richard’s spy was about to kidnap him. Neither the spy nor anyone else knows who killed Alex. Alex’s brother, called Bruce U due to his mastery of the Shaolin Kung Fu, decides to investigate the murder on his own while a new commanding officer is placed in charge of Alex’s unit. 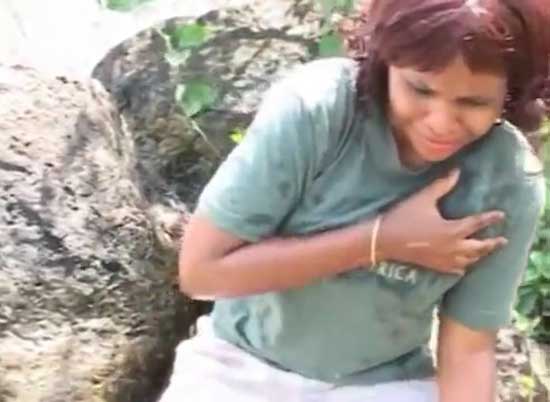 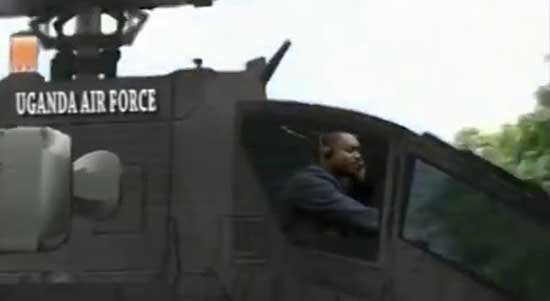 Part of why this film had garnered the attention of the internet community is that it falls into the “so bad it’s good” category for so many reasons. For instance, while it’s hard to really judge someone’s performance when they’re speaking another language, I have to suspect that even to Ugandans the acting was terrible. This is another film where the actors either showed the emotional range of a tree stump or overacted in ways that would have made Willaim Shatner gasp in awe. To be fair, I suspect Nabwana I.G.G. used people from his village to play the roles, so the vast majority of them can’t have had any real acting training before this. They did the best they could though. 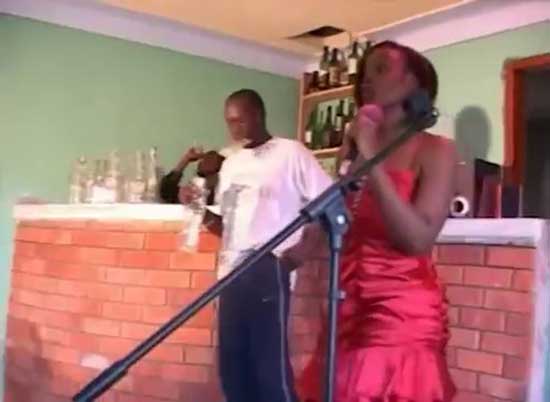 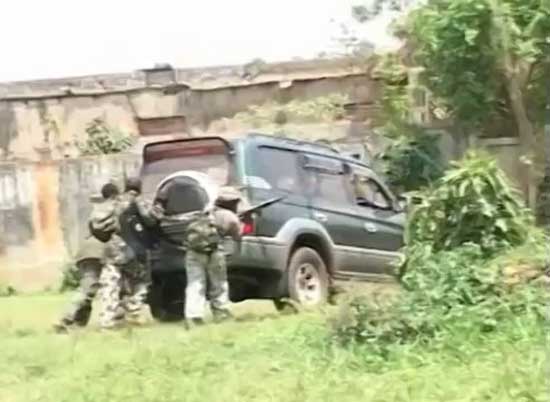 Another part of the film that seemed to be a source of amusement was Video Joker. Video Joker was an English speaking narrator who would talk throughout the movie. He was perhaps the strangest addition to the movie, and also, for me, the most obnoxious. He would tell you what is going on in a scene even though what’s happening is blatantly obvious. Video Joke would make jokes, or then start promoting the very movie your watching, or then start mentioning other movies that the director had in the works. I absolutely hated it and wished the guy would just shut his freaking mouth. I’m sure there are people that found it part of the film’s charm, I personally thought it really prevented the flick from being more enjoyable than it already was. It was like sitting next to someone trying to emulate Mystery Science Theater 3000’s schtick was annoying instead of funny.

The story itself wasn’t all that fleshed out and seemed to really be there to just set up action set pieces. Sadly, some of the action scenes were hampered by some of the most terrible CGI I’ve ever seen, and some really bad props. How bad are those props? Well, some looked fairly convincing, while others were obviously a bunch of tubes glued or taped together and painted black. To be fair, that was equally hilarious and kind of endearing. To be fair, it’s not like there was much they could do with only $85 to work with, so it’s not like these folks had a lot of options. 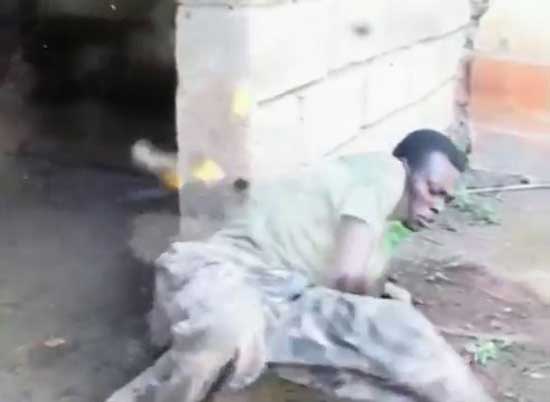 In case you’re curious, I did look up what the average rate of exchange between U.S. Dollars and Uganda Shillings (USh) was back in 2010 when Who Killed Captain Alex was released. I found that $85 was worth 145,147.17 in USh. Now, consider that a 12 oz. bottle of Coke in Uganda went for $1,543.75 USh, then you can see that what Nabwana I.G.G. had to work with was still pretty much nothing.

The kung fu fights ended up being one of the best aspects of the film. They were well choreographed and surprisingly fluid. Some of the performers were obviously very skilled in martial arts, and to Nabwana I.G.G.’s credit, he really knows how to shoot and direct these scenes. You could tell that he was inspired by classic kung fu movies and really picked up from them how to make his own fight scenes sizzle on screen. While the editing didn’t always work to his advantage, he still managed to put together some truly fun and exciting martial arts displays that showed how much those Hong Kong kung fu films from the past inspired him. I thought he did them proud. 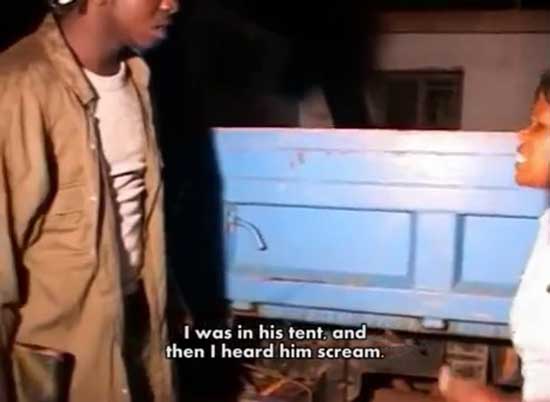 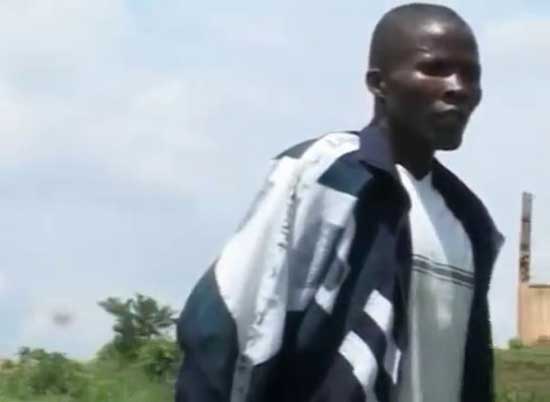 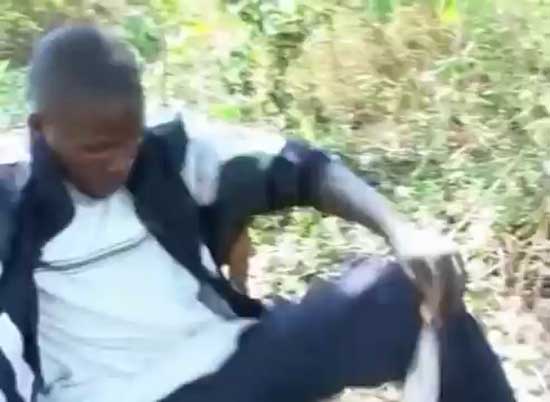 Let’s get this straight, Who Killed Captain Alex definitely falls into the “so bad it’s good” category. It has its charms and has some truly fun action scenes and, at times, manages to be kind of funny. I think anyone that wants to kick back and have a chuckle should give this one a watch. There’s something about the movie and its director that has an underdog quality to it that helps endear it to an audience. While the film is bad, it still turned out far better than it had any right to be. I may have blasted the special effects and props, but I’ve seen Syfy original movies with larger budgets look just as terrible and still not be as entertaining. I think Nabwana I.G.G. is a truly talented man, and I want to see what he can accomplish with some experience and better resources at his disposal. It’s easy to root for a guy that managed to cobble a film of any kind with next to nothing, and the obvious enthusiasm that went into making the film is infectious.

If you’re a purveyor of the terrible, this is definitely worth your time.