Home | Dispatches From Elsewhere: A Look at Season 1 | Premieres March 1

Dispatches From Elsewhere: A Look at Season 1 | Premieres March 1

Dispatches From Elsewhere: A Look at Season 1 | Premieres March 1

It’s a puzzle. It’s a riddle. It’s an adventure into self exploration. The cast and creators discuss the game that brings Peter, Simone, Fredwynn and Janice together. Don’t miss the Series Premiere on March 1 at 10/9c.

Four ordinary people feel there’s something missing in their lives, but can’t quite put their finger on what it is, are brought together by chance – or perhaps it’s by design – when they stumble onto a puzzle hiding just behind the veil of everyday life. As they begin to accept the mysterious “Dispatches from Elsewhere” challenges, they come to find that the mystery winds deeper than they imagined, and their eyes are opened to a world of possibility and magic.

Dispatches from Elsewhere is based on “The Institute”, a 2013 documentary about the Jejune Institute.  It stars Jason Segel, Sally Field, Andre Benjamin, and Eve Lindley.  It was beautifully shot all around the city of Philadelphia from Stalwart Films. 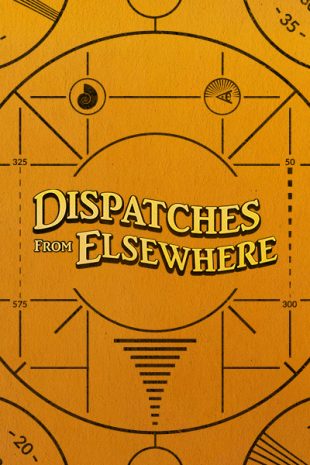