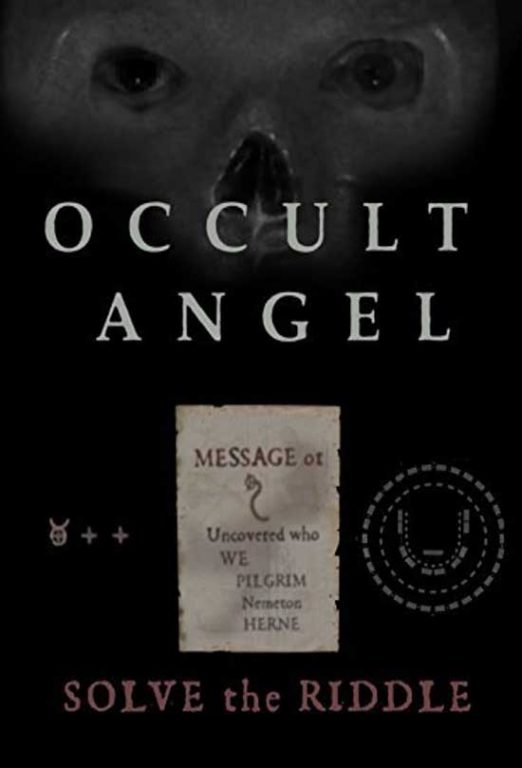 Beautiful, mysterious – the occult history Jack Angel uncovers in the city of Bath is astonishing. But the discoveries become increasingly creepy and disturbing – and the ‘final revelation’ will change the way you see the world. This film was made by Andy Roberts between 2008 and the present. In 2015 after a breakdown he re-cut the footage – adding disturbing messages and hidden clues.

I was fully prepared to dislike this movie, especially given the mostly bad reviews it received. After watching it (twice) and giving it my full attention I can state with confidence that I really tried to like it. While it had its creepy moments and the tone of the movie becomes increasingly ominous, I was mostly bored and a bit confused throughout the viewing. This is not the kind of movie where you can be doing something else while watching and still have any clue what is going on by the end of the film. I’m fine with that type of movie if it’s interesting. Some movies like this deserve your full attention and do a great job of keeping you captivated from beginning to end. Unfortunately, Occult Angel did not. 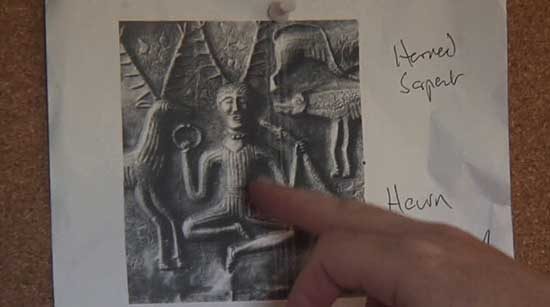 The film opens with a brief introduction to Andy Roberts (Andy Roberts) who is young film student in the UK making a film following around Jack Angel (Jack Angel) (historian/psychic medium) as he investigates some reported paranormal incidents in the city of Bath. As the film progresses we get to know Jack a bit more and find that he has a respectable knowledge of the city and its occult history. Andy and Jack start with an investigation in a house where the resident reports some strange noises and other happenings going on in the home. Here, they uncover their first clue of something not-quite-right in the city of Bath…a piece of plaster that has a symbol of a “horned serpent” etched into it.

From here, Jack brings on his niece Lola who is also a psychic medium (guess it runs in the family) to assist in their continuing investigations. Their next jaunt takes the three to a local pub where the manager reported….you guessed it…strange noises. Here we are introduced to Mr. Crouch, the pub owner and what you may call the central villain in the film. Mr. Crouch barges in while the team is investigating and kicks the team out. As the film continues on, Mr. Crouch makes several more appearances, each appearance seeing his behavior get more and more erratic. 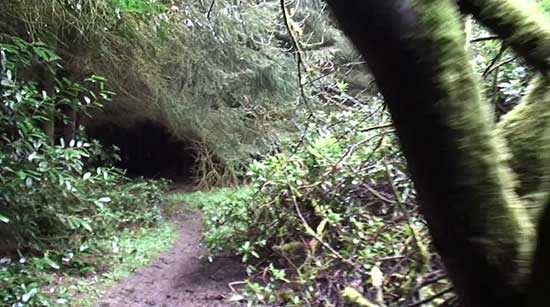 The team proceeds to uncover more signs of occult activity in the area, such as repeated sightings of the “horned serpent” symbol, clues that point them in the direction of the six gates buried in the sublayer of the city, and ominous notes and messages from whatever dark forces they are up against. The film is broken into six segments, starting with “I. Innocence” and ending with “V. Infected” and then “VI. Sacrifice” so you can see where the direction of the movie is headed. There are also some disturbing images and flashes of scenes interspersed throughout the movie that lends to the foreboding tone, but are also very distracting.

I think the original thought behind the film was akin to the film The Davinci Code, but where The Davinci Code kept you engaged and provided clear explanations for what the hell was going on, Occult Angel certainly did not. The general premise is that there is a resurgence of paranormal or occult activity because the structures that were built over six “gateways” are being demolished. The buildings (churches, homes, etc…) that were built over the gates were keeping the dark forces at bay. As more of these gates are found by Jack and Andy, more ominous and freaky things start to happen to them. At some point Jack even explains that these gates are keeping this dark force contained. Yet as the movie progresses Jack decides, along with poor scared-to-sh*t Andy, to keep following these creepy clues and riddles he receives and revealing these gateways. Obviously this is all going to hell in a handbasket and by the end of the film, without giving the ending away, both Andy and Jack end up in a very bad way. 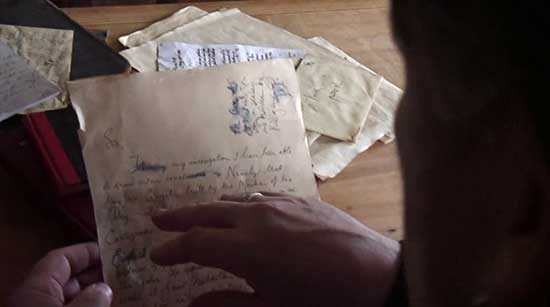 If this film was made by a couple of high school or college students I would probably give it a B+, because it does have its creepy moments. Several times throughout the film there are very short flashes of Andy looking possessed along with the statement, “We should have understood what had begun.” This definitely gives you a sense of impending doom, but I felt like I was more force fed it instead of it being subtly suggested in a way that I wouldn’t see it coming. The film quality was not great and much of it seemed out of focus with terrible lighting. Couple this with some pretty awful acting, especially from Lola and Mr. Crouch, this all becomes very distracting to me to where I was reminded I was just watching a movie. This right here is a big “movie fail” for me. I don’t want to think of the actors as only actors and I had this feeling frequently throughout the film. The only exception to this is the performance from Jack Angel. He consumed most of the screen time and I think did an okay job given the material he had to work with.

To add to some of the annoying qualities, there are several times Andy makes nonsensical statements in the film, which I don’t know if this was intentional to make it seem less like a scripted film or if it was just bad writing. For instance, at one point Andy is following around Mr. Crouch as he walks around the city. Mr. Crouch looks up at a bunch of birds flying around and Andy exclaims, “He’s crazy!” The man wasn’t doing anything even remotely crazy, so this leaves you wondering, “Is Andy actually the crazy one here?” Another scene where Jack and Andy first enter a tunnel, Andy blurts out something about the tunnel going on for miles, yet there is no way he can know that. 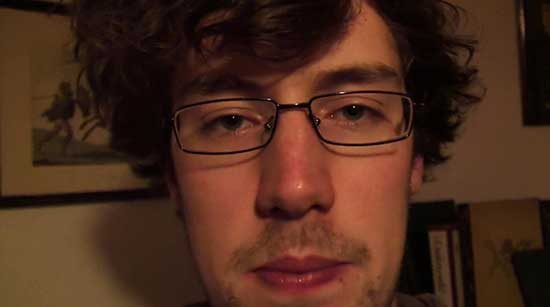 The movie ends with a strange video sent to Jack as a major warning that something is coming for him and introduces some new creepy, old guy in a mask. He warns Jack that “he is marked” and he will have to choose either “sacrifice” or “chosen.” While this is should be a dark, frightening ending to the movie, I just found the guy slightly skeezy because he’s constantly sticking his tongue out. I really found that just creepy in a more sexual predator kind of way. He continues to rattle on cryptic messages and warnings that end with, “Look behind you. Death is at your shoulder.” Did this make me want to look behind my shoulder? Sure, that is if I wasn’t already so drowsy from watching 66 minutes of this very mediocre and not scary film. Finally, he reveals the last riddle (below), but warns the viewer not to solve it. 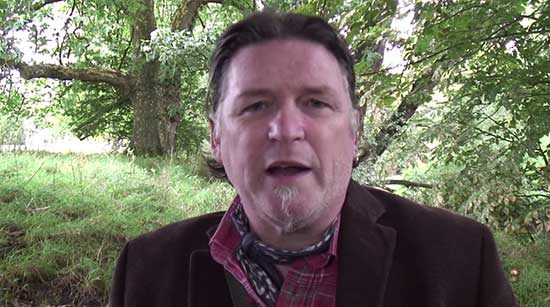 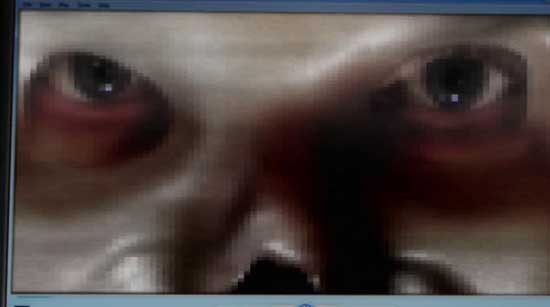 I would take a hard pass on wasting any time on this film. I’ve watched a lot of horror films, including films that take a “found footage” approach and I would definitely rank this as one of the worst I’ve seen. I believe they were trying to accomplish a respectable film with the incorporation of the historical interpretation of Bath’s occult history, combined with some creepy sequences featuring paranormal activity and occult rituals, but it is just clunky and hard to follow. Even worse, it’s just not scary. I’d recommend it if you are having a hard time getting to sleep at night because this film will lull you right into a coma.